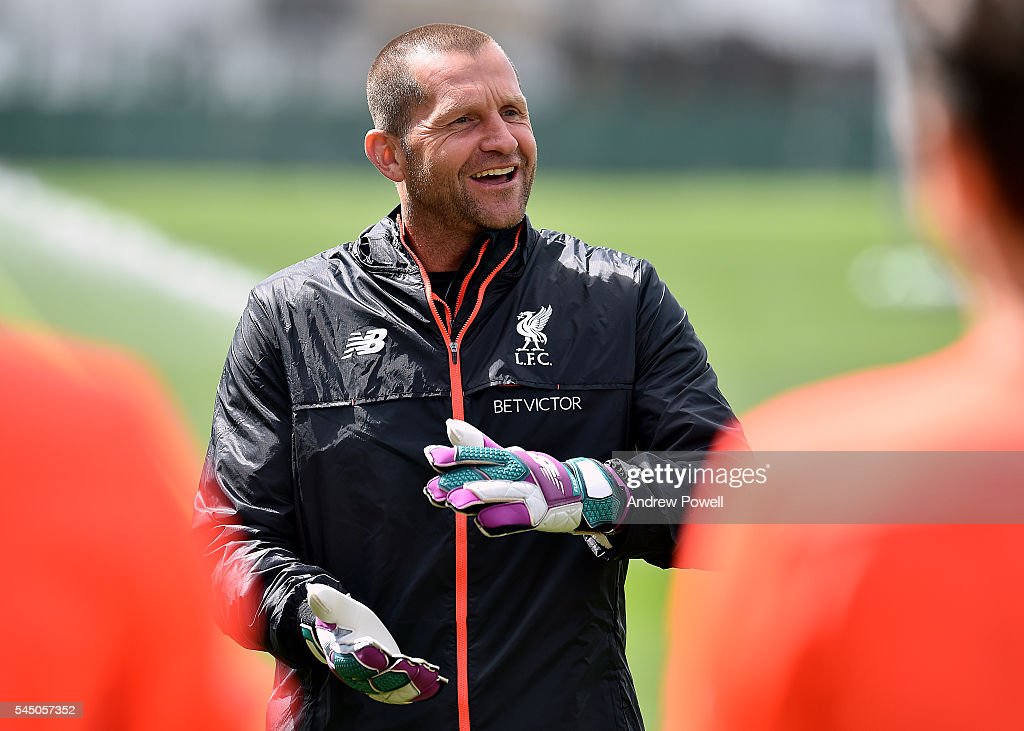 Every time Mignolet makes a howler or flaps at a cross (or if any of Bogdan, Ward, Jones, Reina, or Doni did the same), vitriol is directed towards our first-team goalkeeping coach John Achterberg. Given that this happens fairly regularly, there’s been a fair few online column inches dedicated to assigning blame to the former Tranmere goalkeeper for the lack of perceived development in our goalkeepers.

It may be a ridiculous assertion to some that the goalkeeping coach is to blame for our “poor” goalkeeping performances. Surely you can’t ignore that Reina had distracted himself with talk of a Barcelona move (or maybe it was his favourite petrol station closing down that did it)? What about Ward, who’s done well for himself under the stewardship of Achterberg? Can we really say Bogdan could have been improved as a goalkeeper (for the record,Bogdanthinks Achterberg is swell)? Who do we blame for the unending stream of goalkeeping mistakes?

Let’s start with a simpler question: What’s the actual scale of the problem?

Up until last season, the lowest percentage of shots on target saved (SSOT%) in a Premier League season is 64% (Newcastle in 14/15). By mid-December, Liverpool sat on 62% (Infostrada). That’s almost four goals let in for every 10 shots faced. Unsurprisingly, we ended up on 62% for the season, but our record-breaking blushes were saved by three other clubs, two of whom were relegated (Villa on 60% and Norwich on 61%) and surprisingly, Bournemouth on a paltry 56%. In contrast, Petr Cech and Kasper Schmeichel saved 3/4 of the shots they had to, while most teams sat around the 70% mark.

Regardless of how you paint it, these are really poor numbers for a club with pretensions of Champions League football. Something needs to change — is it Achterberg? 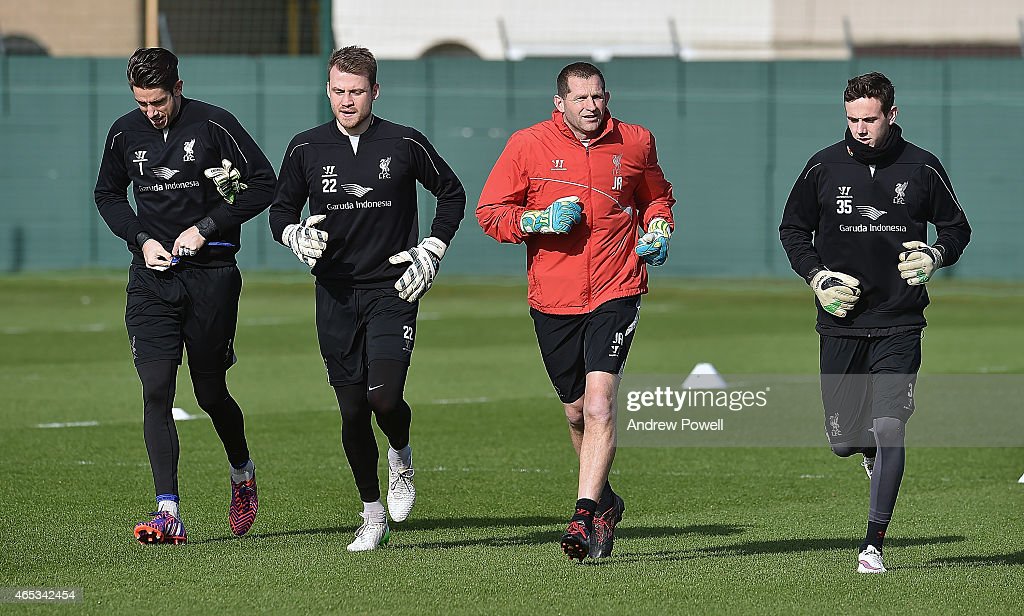 So who is our goalkeeping coach, and what is his pedigree? John Achterberg played for NAC Breda and PSV in the Netherlands before joining Tranmere Rovers in 1998 after a trial. He played more than 300 games for the Super White Army before departing in 2009, after 11 years (2 as player-coach) at Prenton Park, to work with Liverpool’s youth and reserve goalkeepers.

He worked across Melwood and Kirkby, under the guidance of Xavi Valero, Rafa’s first-team goalkeeping coach. Valero himself had replaced Jose Ochotorena in 2007 when the latter decided he wanted to return to Valencia. Both Valero and Ochotorena had a terrific relationship with Reina, and Ocho was a top-tier goalkeeper (having represented Madrid and Valencia). Valero is now out of work after Benitez’s sacking as Madrid manager, and Ocho is still goalkeeping coach at Valencia, now working under head coach and former assistant to Rafa at LFC, Pako Ayesteran.

After the departure of Rafa and the majority of his Spanish coaching staff in 2010, Dalglish promoted Achterberg to first-team duties in 2011 to fill the void. Achterberg has been first-team goalkeeping coach since.

This summer, Achterberg became one of the few UEFA Pro Licence (the highest coaching qualification available) holders amongst goalkeeping coaches in the Premier League. He has not stated any intention to move into management.

Former Red Grobbelaar has been one of Mignolet’s fiercest critics, and in late 2015 began to criticise Achterberg for the Belgian’s poor form. His key assertion is that, “If [Achterberg] can’t right Mignolet’s wrongs in two years, then he shouldn’t be there.”

Goalkeepers are like outfield players in terms of their development — they need the same kind of guidance and coaching, and critically, to learn from the best. This is not only the responsibility of the coach (and his experience), but also the “senior” goalkeeper at the club. Mignolet has been the most experienced goalkeeper at the club since he signed, something unique amongst top PL clubs.

Manninger is the sort of quasi-player that we have missed having at the club — a Friedel, Given, or Schwarzer — someone with pedigree who can provide top-flight guidance to the younger goalkeepers. Valero, one of our best ever GK coaches, peaked playing for Real Murcia. As with any other coaching position, a good player doesn’t make a good coach, and equally, an unheralded player doesn’t necessarily make a poor coach.

At the height of his struggles, Achterberg advised Mignolet to be more physical in his approach to contesting crosses and Migs himself vowed to “get nasty”:

“We don’t really have players who would head a ball clear, so as a keeper you try and help out as much as you can. The gaffer, Jurgen Klopp, wants that as well. Against Leicester, I came out and Huth never really looks at the ball, he just looks at me. John Achterberg mentioned that I have to be more on the referee’s case about this.

I don’t think it’s in my character to be like that. I am the way I am and my parents brought me up this way. You have to accept that and the only thing I can do better is be more aggressive and be a bit more nasty against the other players.”

A day later, Mignolet failed to get his angles right and conceded from an Adam Johnson free-kick. He would go on to make two more errors before the end of the season. For the record, Klopp backed Achterberg at the start of 2016, stating that:

“He’s one of the hardest-working people I’ve ever met, he works as a coach 25 hours a day. It’s good to work together with these guys and everything is ok. There is no player in the world who doesn’t have faults, that’s because of the game and a lot of situations in the game but you need the right skills and the readiness for getting better and that’s what we have at the moment.” 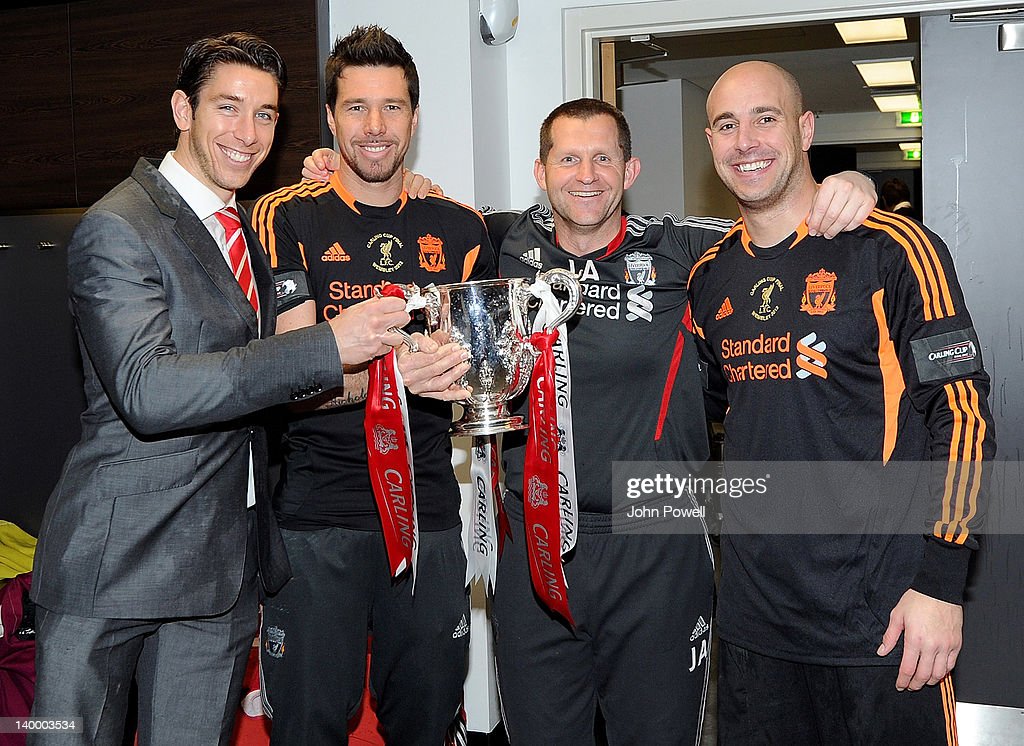 When you look at Reina’s numbers with us and Napoli, his SSOT% was 80% between 2010 and 2013 (ranging between 79% and 80%). These are fantastic numbers, despite facing about 200 shots on target a season (5.5 per game). During his first season at Napoli, he faced 1 shot less per game but kept his SSOT% at 77%. This past season, despite having a better team in front of him, he has declined considerably (possibly after a year on the Bayern bench), posting a 64% return despite only facing 2.3 shots on target per game.

What this suggests is that Reina never really declined in terms of his shot-stopping ability while with us. He made a handful of high-profile mistakes (that late own goal for Arsenal always comes to mind), just the same as Mignolet does today. Reina wasn’t shoved off to Napoli because he was declining — he was sold because he wanted to go to Barcelona and the club had signed Mignolet as his replacement. When Valdes ended up staying put, we had two goalkeepers on our books and we had to move Reina on. Rodgers, to his credit, asked the same that Klopp asks today — that our players want to be here. We were put in a bad position and made it worse by signing a poor replacement.

Mignolet is just an all-round poorer goalkeeper, and when you replace a world-class player with one that merely very good, it doesn’t show immediately — it adds up over a 38 game season. Add to this Reina’s rare qualities of sweeping and distribution and you find yourself with a gap that only becomes apparent when you ignore the howlers and focus on the bigger picture.

Look at Fabien Barthez for example. Barthez made some incredible mistakes while at United and for France; he also won the league twice, a European championship and the World Cup. The odd flap comes with the territory — it’s the difference between an SSOT% of 80% and 62% that costs you in the long run. Achterberg can only work with what’s in front of him.

Only One Way to Find Out

So did we sign Karius as an understudy to Migs or a replacement? The numbers suggest that Karius is an educated gamble, one that may show that our goalkeeping problems are down to the quality of our goalkeepers (and defence), rather than Achterberg.

Looking at Mainz (and by extension, Karius) in the BuLi last season, 75% of shots on target were saved — joint-second with Koln (Timo Horn) and understandably trailing behind the best goalkeeper in the world (Neuer, 80%). This does not take into account as well that Karius and Horn faced roughly twice as many shots on target as Neuer, so you can factor the quality of Bayern’s defence and overall quality into Neuer’s superior numbers (shot quality matters, but this is much harder to gauge — though this is not an excuse to not try someday). You can understand why Karius was signed, and is a clear indication that Klopp sees Karius as our future #1.

On a league-basis, there aren’t too many differences between the two: the average BuLi GK faced 0.5 more shots per game than in the PL despite the number of shots taken being identical (12.8) between the two leagues. BuLi GKs saved 70% of shots on average, while their PL counterparts saved 68%. Nothing between the two, really, making them comparisons between the two very fair in my mind.

With Karius’ broken hand, we’ll see Mignolet starting the season for us. He will hold the fort, and do a decent job, but the sooner Karius returns to the side and has a chance to further gel with and command his defence, the better it will be for us. Achterberg is counting on it.