Football is a game of dynamism and progress. The wheels of change continue to spin, with golden generations waxing and giants of the international stage waning with each passing season and tournament.

As with all aspects of the game, formations have developed to counteract one another and create the best environments for players to thrive in.

The 4-2-3-1 formation is perhaps the most popular in world football at the moment. Predominantly pioneered in Germany and Spain, the system is now the default set up for the majority of top flight clubs. It is revered for a number of reasons but, mainly, the flexibility it provides allows for clubs to play with whatever style their manager deems necessary to get a result. It is equally solid in defence as it is potent in attack.

That flexibility is ever so vital in the modern game. As an example, the top four in English football will be the most competitive it ever has been, with considerable financial resources available to some of the world’s most renowned and well-established managers. As such, teams that previously may have dominated could find themselves on the back foot more regularly than in previous times.

4-2-3-1 allows for midfielders to drop deep on the pitch to create a solid defensive unit. Having two players shielding the defensive line allows for much more stability, making teams considerably harder to break down. In other formations like 4-4-2, the “wingers” would sit deeper than conventional wide men in a 4-2-3-1. As such, opposing fullbacks were allowed considerably more space on the ball, allowing them to spread the play and break forward into more space.

In a 4-2-3-1, the wide players are afforded a more advanced position, sitting close to the opposition full backs. This limits the impact opposition full backs can have, while also placing the wingers in a prime position to counterattack. If necessary, the 4-2-3-1 can fold back and have two banks of four or five players behind the ball, making it incredibly hard to break down.

From there, those two deep players will begin to move forward, as will the striker and wingers. This gives the player in possession options in all directions to launch an attack. The ease and speed of the transition are what makes the formation so devastating.

When a team in a 4-2-3-1 system isn’t defending, it’s flexibility in creativity can be incredibly hard to deal with. Previous systems often had one “playmaker” alongside a more combative, defensive minded player in the centre of the field. As such, it was easier to nullify the threat from the creator by marking them out of the game or repressing the space he or she had to operate in.

By having three central midfielders, teams have more creative outlets to utilise on the attack. If the number 10 is being constantly man-marked, it opens up space for the midfielders sitting deeper to operate in, allowing them to drive forward and fulfil the creative role in the middle of the pitch. It also reduces the pressure on what would traditionally be the defensive midfielder, as it gives another team mate alongside them to help cut off passing corridors and mark opposing players.

Flatter formations seriously inhibited the passing options for the players within it. Simplified, a central midfielder often had two options: a lateral or straight pass. As such, it’s easier for defenders to do their jobs, as passes are more telegraphed and there are fewer options.

Utilising triangles is a much more effective method of attacking passing. 4-2-3-1 provides each player with two direct options at least across a playing area with more depth than a 4-4-2 would provide. This allows teams to move between the lines and construct misdirection and more diverse attacks than comparatively reductive passing systems.

As vital as the midfield is for a 4-2-3-1, the attacking thrust largely comes from out wide. Having three players in midfield allows for a team to maintain possession very well. In an effort to win the ball back, this may draw the opposition into more central positions. As a result, there will be considerably more space out wide for full backs and wingers to move forward. One of the major contributors to Cristiano Ronaldo’s goal scoring prowess at Real Madrid is the space created out wide by their fierce midfield. That is, aside his incredible athleticism and talent.

As with any formation, there are several pressure points that can be exploited. While switching the play between the wings can be very effective in creating space between opposition defenders, there are problems to consider too. The focus on central players and wingers playing close to opposition full backs means that, if possession breaks down, there are often large amounts of space down each flank in a 4-2-3-1. Opposing wide men can move into these pockets and really expose the defence.

The development of modern sports science has broadened the horizons of football tactics. Increasing fitness and physical capabilities have given managers more options in how they field their teams. For example, modern full backs can cover the length of the field over and over again in the modern game. Despite the developments in player’s fitness, the 4-2-3-1 is still an incredibly demanding formation.

The physical intensity of the formation begins largely the two deeper midfielders and the wide players in the formation. Since the majority of the possession in held by those midfielders, attacks often have to start from deep. As such, when attacking those players have to drive forward constantly, and then retreat back in the defensive transition.  Most managers expect both full backs and wingers to heavily contribute to both attacking and defending, meaning they cover an enormous amount of ground over the course of the game. Consistent and intense physical strain can lead to tiredness and sub-optimal play by the end of the season, especially in leagues without a winter break.

One striker formations are very effective at creating and utilising space. During attacking phases, the wide players stretch the back four, allowing the lone striker to break between the lines and look to get in on goal. While this can be devastating, it does mean that strikers can be easily isolated by the opposition defence. If a defensive unit can avoid being spread too thinly, the striker can be marked out of the game by a pair of centre backs or passes towards the striker can be more easily intercepted, due to the fact that they can more easily track on person’s run than two.

4-2-3-1 is anchored around that creative attacking midfielder, whose range of passing and driving movement can be the biggest threat on the pitch. However, only having on striker allows an opposition centre back to more closely monitor runs from midfield. A defensive midfielder can also nullify the number 10, significantly reducing the attacking threat of the 4-2-3-1 team.

While it has its limitations, it’s obvious why 4-2-3-1 is the most prevalent system in world football right now. The solidity in defence combined with how versatile and devastating it can be in an attack fundamentally based on complex passing movement makes for a very potent force. 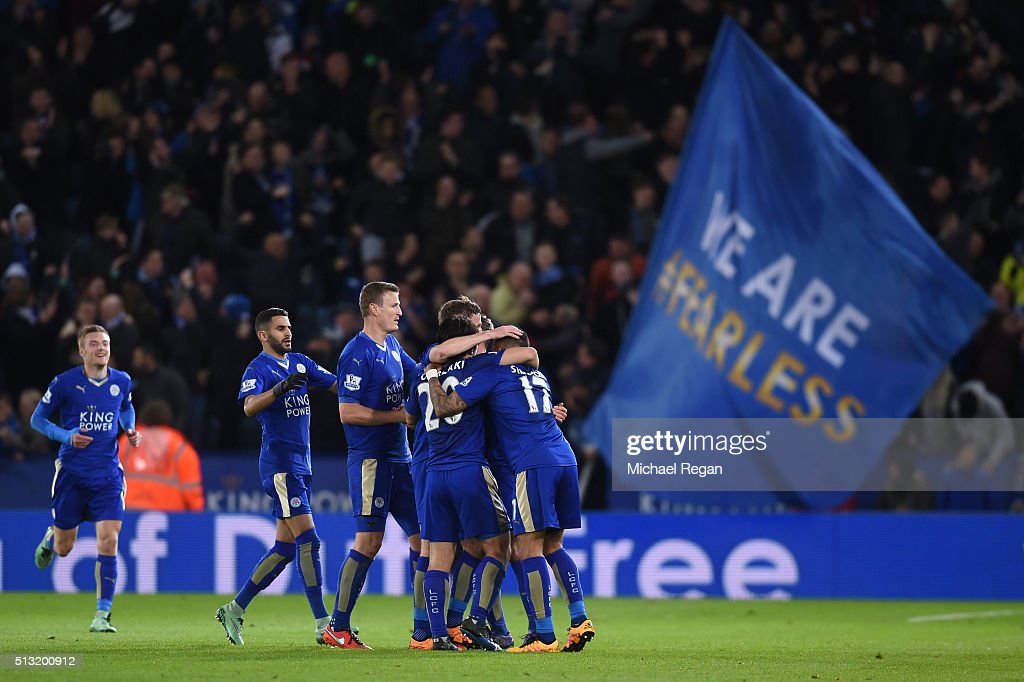 It isn’t perfect, though. Claudio Ranieri’s Leicester stormed the Premier League predominantly using a 4-4-2 that many regard to be archaic. Now-Everton boss Ronald Koeman began using a 3-5-2 that proved particularly effective in combating the 4-2-3-1. So while it’s the principle formation right now, other systems are developing to counteract it. As football always has, the game will progress, the wheels of change will continue to spin and new ways of playing the game will emerge. For now, though, 4-2-3-1 remains the most formidable system in the modern game.

Source: Why 4-2-3-1 is the most used formation in world football? | The Boot Room 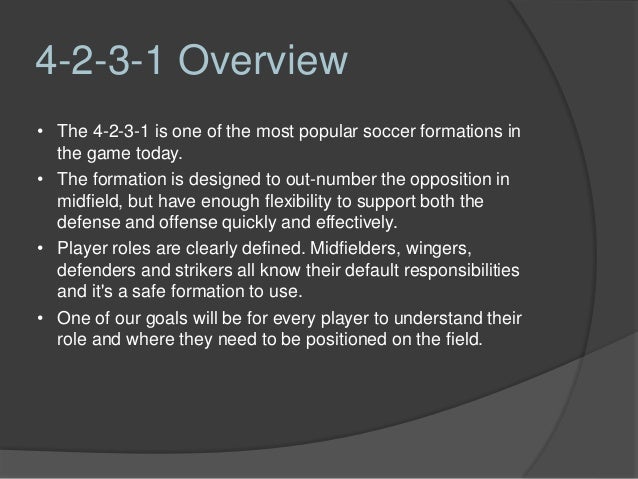