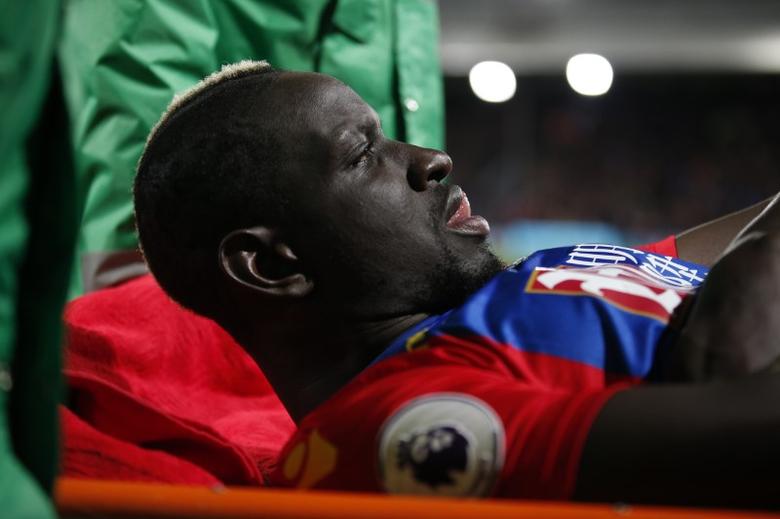 Crystal Palace manager Sam Allardyce fears on-loan defender Mamadou Sakho could miss the rest of the season after he was carried off on a stretcher in Wednesday’s 1-0 Premier League defeat by Tottenham Hotspur.

Sakho, on loan from Liverpool, injured his right knee while stretching to make a tackle on Tottenham striker Harry Kane.

The 27-year-old immediately signalled that he was in trouble and was carried off after treatment.

With fellow central defender James Tomkins having sustained a serious injury during the 2-1 victory at Liverpool on Sunday it is a further blow to Palace who are not yet safe from the drop despite six wins from their last nine games.

“Our biggest problem is at centre half,” Allardyce said.

“Sakho has hyper-extended the knee. It is certainly serious enough to keep him out for who knows how long, we won’t know until we diagnose it, but if it is ligament it may be the end (of his loan spell).”