Tactics: What Liverpool Needs to Look Out for Against Arsenal

Hello everyone. It’s the second half of the season being kicked off at Anfield with a game against Arsenal. It has been quite an exhilarating first half and as usual, Farrell and I bring you our thoughts on how The Gunners may approach the game and the player who must keep our entire team on alert.

Where Are Arsenal Now?

Arsenal have endured a mixed bag of results of late ahead of their Anfield visit, with only two wins in their last five games.

That being said, Unai Emery’s first half-season in London has been arguably successful, bringing improvements on the year before. As it stands, Arsenal sit in 5th place, two points behind the top four and 4th placed Chelsea.

Regardless of what we all think of Arsène Wenger, and his difficult last year, it is clear that Arsenal would have to be very careful in replacing a man who effectively built the club from the ground up. 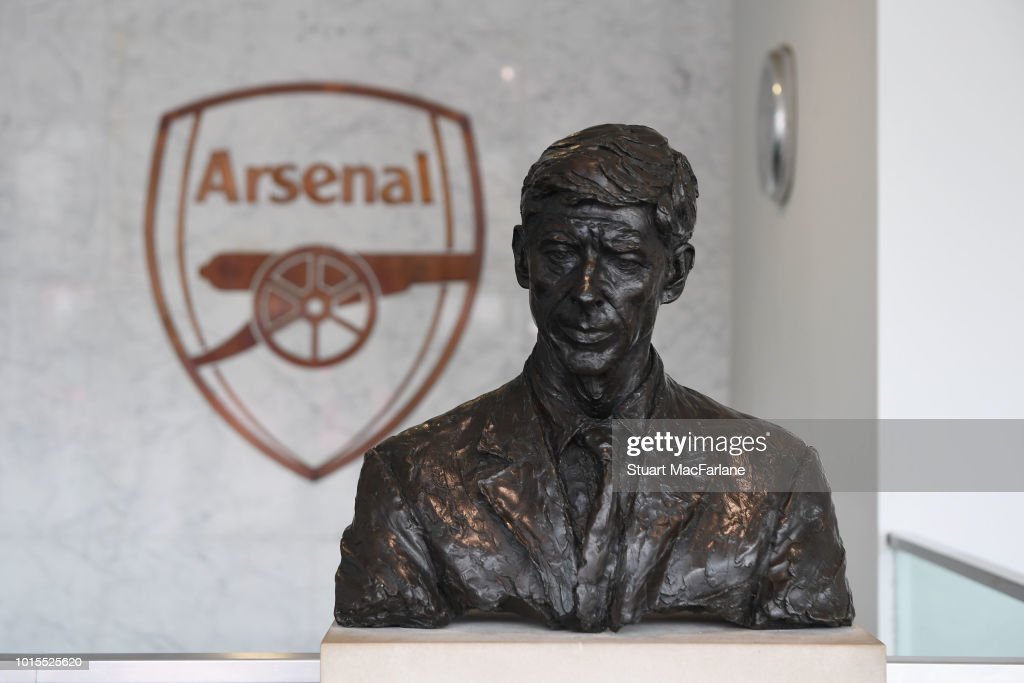 As Manchester United have shown, replacing the heart of the club is a very difficult task to manage successfully.

Fortunately for Arsenal, the board appear to have picked the right man – so far. On thirty-eight points so far this season, Arsenal are currently out-performing their points total at the same stage in the 2017/8 season (thirty-four).

As the year goes on, it will be interesting to see how Emery plans to address the imbalances within his side, although one must always be wary of the Spaniard’s deadly forward line.

I need not remind Liverpool fans of the man who orchestrated Klopp’s first European final heartbreak in Basel, Emery’s record, particularly at Seville, speaks for itself, being the only manager to have won three consecutive Europa League trophies. 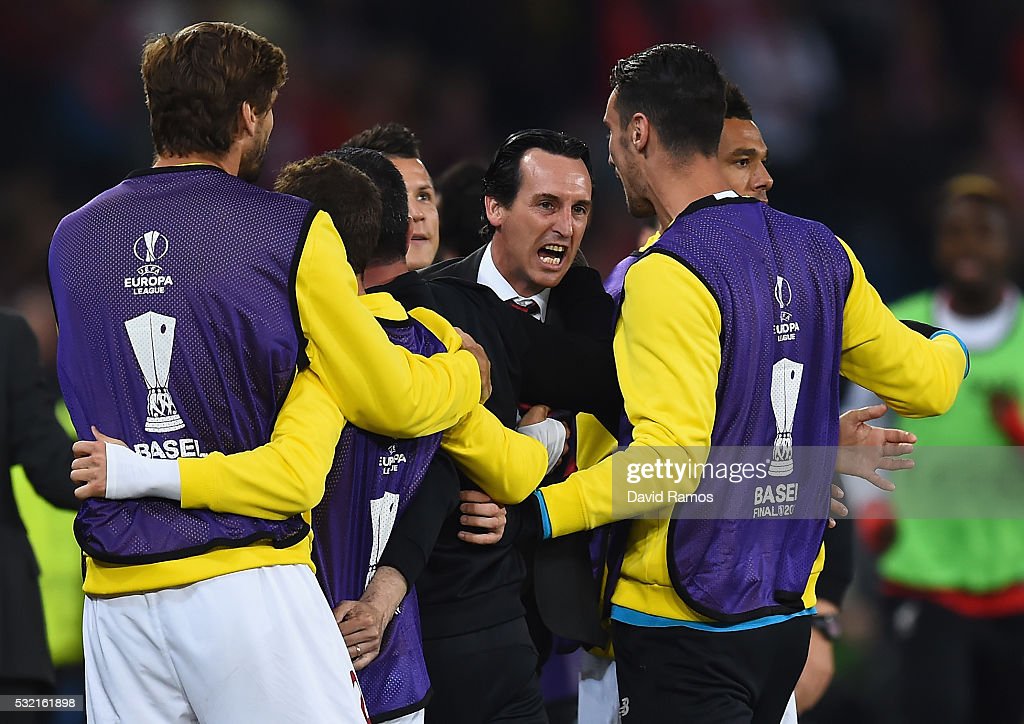 Despite achieving great success with Seville and, later on, Paris St.Germain, one cannot help feel that his early career has somewhat gone under the radar.

With some of his family being professional footballers, it seemed inevitable that Emery would find himself too devoting a portion of his life to the game.

With a less than glittering playing career ending in injury at Deportivo, it would appear that fate had different plans for the Spaniard.

Emery was made manager of Lorca Deportivo and subsequently guided the club to the second division, a feat which was promptly followed with promotion to La Liga with Almeria.

All this achieved through a meticulous, almost obsessive approach to football.

Allegedly, Neymar once complained that Emery’s use of video analysis from previous fixtures at PSG was exhausting, whilst Joaquin, formerly of Emery’s Valencia side, once famously said:

“There were so many videos I ran out of popcorn.”

His reign at Valencia brought Champions League qualification to the Mestalla, three out of his four seasons in charge, after finishing third consecutively between 2009-2012.

Achieving this despite the odds stacked against the Spaniard, with quality players being often lost to rivals – including David Villa and David Silva to Barcelona and Manchester City respectively – the board decided that the lack of trophies required a managerial shakeup.

After a brief spell with Spartak Moscow, Emery returned to Spain to manage Sevilla, an opportunity which would serve to carve his name into European football history. 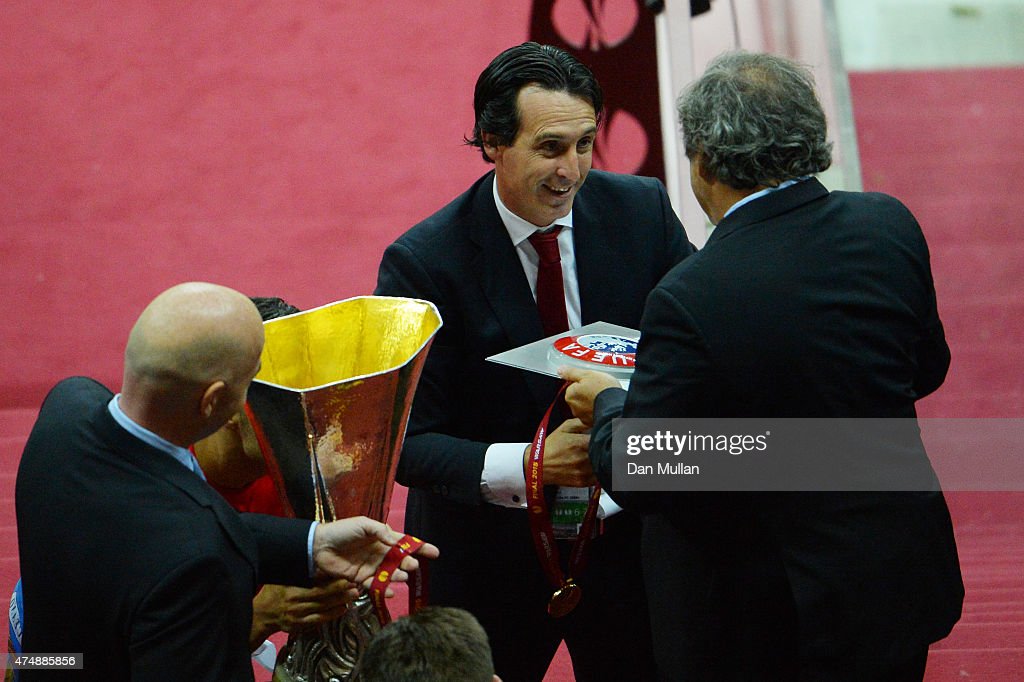 A move to Paris brought about far less European success, and prompted Emery’s later appointment as head coach of Arsenal on the 23rd May 2018.

“He’s obsessed with football – it’s practically an illness. He’s one of the best managers I’ve had. I worked with him for three years … I couldn’t handle a fourth!”

Emery has earned a reputation for being particularly meticulous, with his structured approach to football management contrasting considerably with the ingrained culture at Arsenal.

Emery has generally favoured a 4-2-3-1 which, can evolve into a 2-4-4 when in possession with the full-backs advancing up beside the central midfielders and the wingers cutting inside with the attacking central midfielder and forward. This may seem risky, but it allows Arsenal to create various outlets to progress the possession.

When building from the back, Arsenal centre-backs are given a number of options as a result of this development: to release the ball diagonally to the full-backs, to the nearest central midfielder, or bypass both and play a vertical ball to the winger cutting inside.

Given how high-up the pitch Arsenal’s full-backs tend to play when in possession, this allows the wingers to freedom to cut inside, ensuring that there are always at least two players operating in-between the lines of the opposition defence.

This can cause considerable problems, as teams must either devote men to the centre of the pitch where the wingers have cut in, allowing Arsenal to exploit the available width, or cut off the advanced full-backs but then risk ceding more space in-between the lines.

In case of a turnover in possession, Emery tasks the two central midfielders to stay close to the isolated centre-backs. Ultimately, due to a lack of pace in central defence, Arsenal have struggled to effectively maintain offside-traps against opposition strikers.

Coming up against Liverpool, it will be interesting to see whether the Spaniard maintains such an expansive approach. 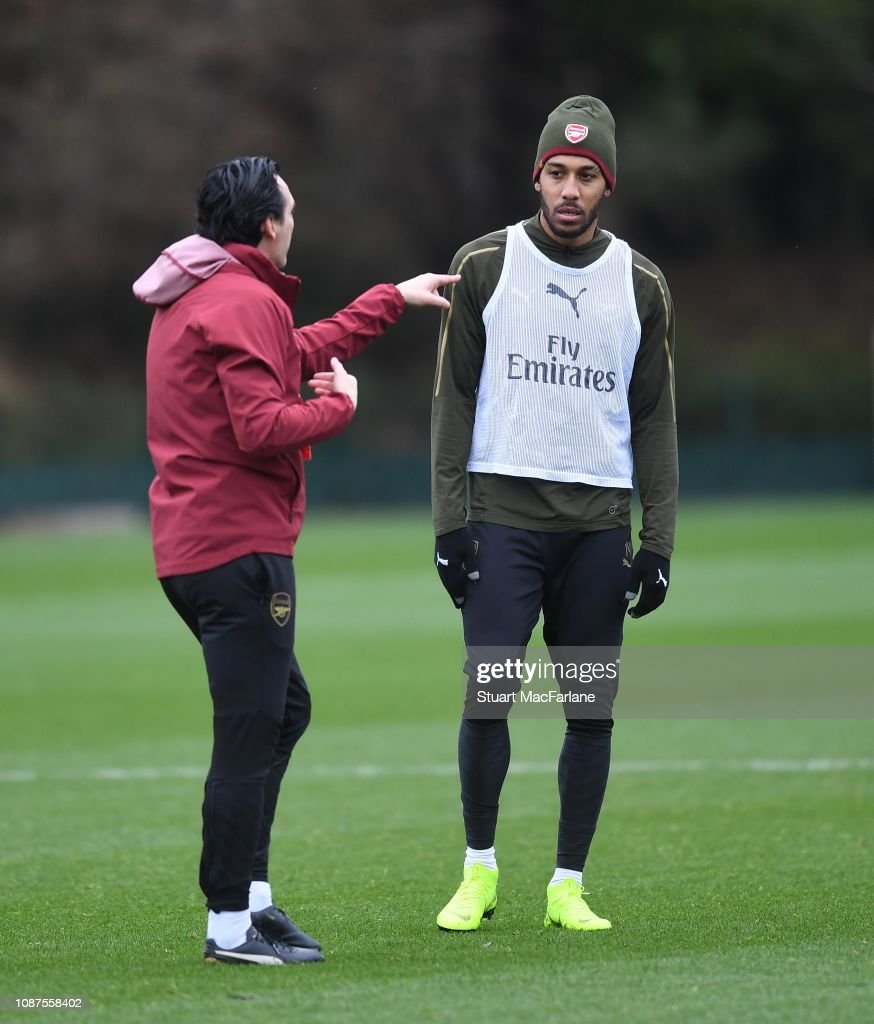 Most of us are hoping that Klopp can pull off a masterpiece in this game; if not for anything else, to assuage our memories and hearts of the Europa league final defeat in 2016 (that is, if they are able to forget that Arsenal is one of The Big Six whom we must get points off to continue at the current pace and extend the lead at the top.  Under Unai Emery, Arsenal seem to have got their stride back; even with the recent drop in form. One man that needs to be stopped however is Aubameyang.

PEA currently sits atop the PL goal table, with 13 goals in 19 appearances and 3 assists. Aubameyang and his right foot particularly, have to be marked really closely, as 12 of those 13 goals were scored from his right foot; he also has a rate of 121 minutes per goal (lfctables.com). One does not need a soothsayer to know that Allison and the back four  will have quite an eventful game.

Whatever happens, fingers crossed we get all 3 points as a gift going into the New Year. What a boost it will be before the “Etihad game”.

Happy New Year in advance everyone; may it be a much better year than the outgoing. Don’t forget to follow Farrell, FOAR and myself for more LFC related content. And please, drop your comments on how you think the game will pan out below. YNWA!