The F.A cup is not what it used to be. It’s fair to say that without sounding bitter. This season especially, the Reds have got much bigger fish to fry. In a league campaign that demands less and less margin for error, resting players was a must on Monday night. No doubt this will go down as another cup upset in a desperate attempt to salvage the cup’s dwindling flame, but when comparing the line-ups, Wolves were clearly the better side. Add to this the early loss of Dejan Lovren and the introduction of a 16-year-old debutant, it made an incredibly difficult game for Liverpool against a strong, near full strength side. Liverpool were extremely poor. These players had never really played together and were asked to play a complex formation with Milner dropping incredibly deep in the first half to protect Hoever and Camacho being given a similar role and responsibility to that of Klopp’s first choice fullbacks, from which he demands an incredible amount of effort and quality. 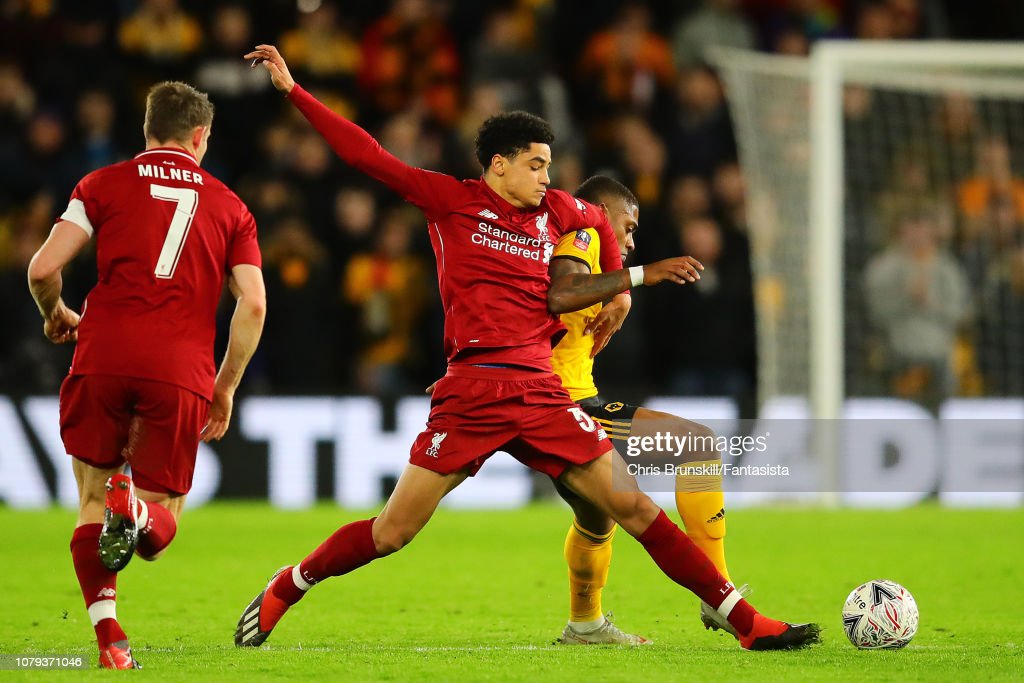 The senior players did not cover themselves in much glory, but their jobs were equally difficult. Sturridge, Keita, Shaqiri, Origi and Moreno could make the argument that had they been playing with better players who they are more familiar with, their performances would have improved considerably. Having said that, they did very little to show that they deserve a place in the first 11 that could achieve glorious things this season and seemed to lack any enthusiasm to do so. Sturridge and Moreno were particularly abysmal, as was Origi with the exception of his sublime goal. Despite his woeful hold-up play and ability in possession, he has shown he still has an eye for goal. Keita as well was disappointing as this was an opportunity to shine and show that he can play a part in this potentially special season, but the chance has been squandered. At this stage I expected to see a lot more from him and I’m becoming impatient as we’re still yet to see anything near the player we hoped we were getting when he first signed.

On the positive side, we have discovered that Fabinho is a very capable centre back and could be relied upon to play there should we need it. And we saw a very promising debut from Ki-Jana Hoever who is just 16 years of age. It must have been a nervy moment for him, discovering that he had been named in the squad, let alone playing nearly the whole match in the circumstances in which he did. Being asked to go on, unprepared after just 5 minutes would have been a shock to say the least. Then playing the best part of 90 minutes next to someone who isn’t a defender and in front of a goalkeeper who gave him no help whatsoever and forced him into danger on a number of occasions. It’s amazing that he came out unscathed with just a few hairy moments. I have a feeling this easily forgotten game may be one to remember purely because of this kid and the beginning of his career. His composure and decision-making were incredibly mature for his age as he remained calm despite the chaos around him at times. The young Dutch defender has passed another milestone as he continues to raise expectation in the face of each and every obstacle he’s faced with since arriving at Liverpool.

The Reds have now lost two on the bounce, but this group of players has too much about them to let a result like this affect them. The manager’s lack of desire for the F.A cup stemmed onto the pitch through the players but that won’t happen against Brighton. Liverpool must jump back on the horse now and get back to the task at hand. Every game is huge. Another cup is gone and with it the extra games that will be in the legs of our rivals but not in ours.

You can have your F.A cup, these Reds are onto bigger and brighter things.