With the latest against Pellegrini’s West Ham, its been a couple performances to forget for Liverpool. Though one would imagine the club’s fortunes will change in the upcoming Anfield clash with Bournemouth.

WHERE ARE BOURNEMOUTH NOW?

Coming off the back of two consecutive wins including a highly impressive, if unexpected, 4-0 thrashing of Chelsea at the Vitality Stadium, Bournemouth now face a tough run of fixtures with title challengers Liverpool and Manchester City in the mix. 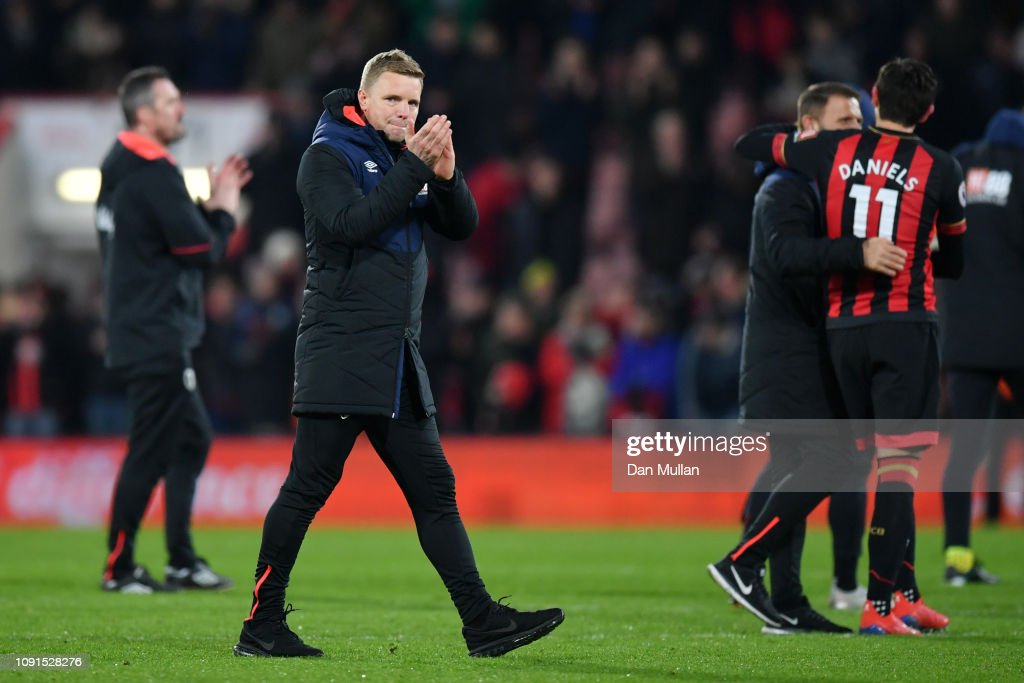 In his sixth season in charge of the Cherries (second stint at Bournemouth), the former Burnley head coach shows no signs of stopping the incredible progress made with a club which once flirted with relegation to the National League.

The story of Bournemouth’s rise from League 2 minnows to the Premier League’s mid-table is truly remarkable. Across two terms of management Howe was responsible for not only saving Bournemouth from relegation to the National League, despite starting with a 17 point deficit but the Englishman also presided over three promotions, taking the club up to the lofty heights of the Premier League at the end of the 2014/15 season.

Bournemouth have remained in the Premier League since – a frankly understated achievement for a head coach who lacked any managerial experience before taking on his first management role with Bournemouth in 2009. 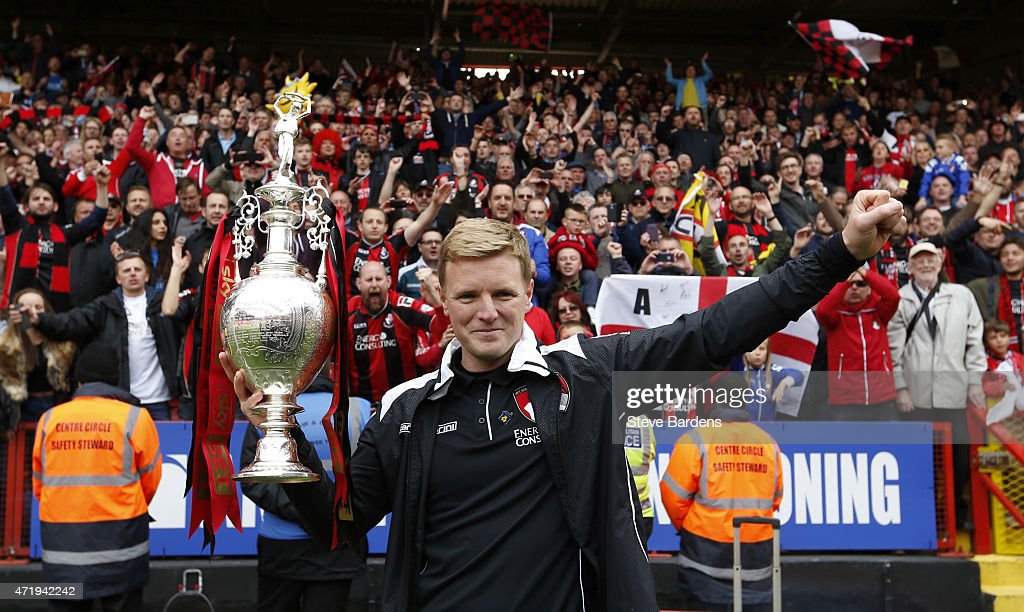 As the table currently stands, Bournemouth find themselves sitting comfortably at 10th with 33 points, five more points than last term.

Eddie Howe may not have anywhere near as impressive a trophy cabinet, or have coached as star-studded a squad as the likes of a Messi led Barcelona, your Bayern Munichs, or even Guardiola’s current impressive crop of title winners at Manchester City, but Howe’s meticulous attention to detail and ambitious tactical set-up have drawn comparisons to the world-renowned pioneer of possession-based football.

“I know Eddie very well. He is a very interesting young coach and I think he will make a mark in English football in the future. I’m not surprised that he has got to where he has because he’s very clever and very intelligent. He is only 40 but he is ready.”

Having played out a modest career at Bournemouth, including a short-lived spell at Portsmouth, injuries accumulated over time brought Howe’s footballing days to a close in 2007 leading to the player’s swift transition into coaching with the reserve squad.

He took over as caretaker manager of the club following Jimmy Quinn’s sacking mid-season in 2008 and was made permanent manager in January, despite losing his two games as caretaker. It proved to be a deft move by the club however, as Howe helped the club survive relegation following a 17 point deficit and broke a club record the season after winning eight of the first nine games of the 2009/10 season and leading the Cherries to promotion to League 1.

“I am passionate on the training ground about things being perfect. It’s about taking a performance, breaking down every single aspect of it and then working on making each aspect a little better.

“Every moment, every game, every season. I don’t know how Pep Guardiola works, but that’s certainly how I am.”

In terms of Howe’s man-management style, the Englishman arguably has more in common with Jurgen Klopp, his opposite number for the upcoming Saturday clash at Anfield.

Ask any Bournemouth player what the club means to them and one word will always come to mind – ‘family.’

Howe prides himself not on just attention to detail but also fostering an environment where players feel they have a close connection to the manager as well as their fellow teammates. 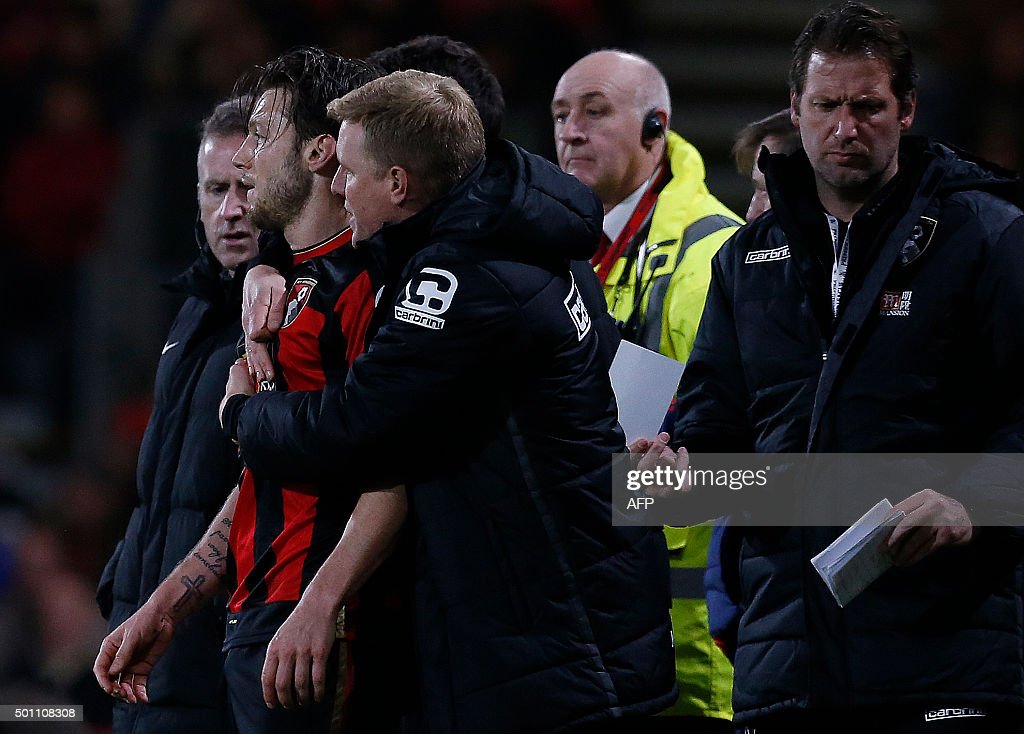 Fullback Ryan Fraser, a beneficiary of Howe’s management skills, speaks highly of the Englishman when prompted:

“It’s not just about football with the gaffer. I think we like each other as people. On a morning, we don’t shake hands; he always hugs me. I came here when I was young, I didn’t have any family down here and I suppose he felt that he’d better look after me.

“I have just read Pep Guardiola’s book and I can’t believe how similar they are. I can’t see so many other coaches doing the things he does but that is also why I think he will go all the way to the top.”

Bournemouth under Howe favour patient build up play in possession, waiting for the right moment to transition the ball into the final third and play through balls to running forwards. Like Guardiola, Howe encourages his side to play quick counter attacks to take advantage of lapses in opposition shape where they appear.

Wide men are a particularly important asset in Howe’s style of football, making use of pacy wingers and full-backs in overlaps to deliver balls into the box.

Howe employs two strikers in his set up with one effectively acting as a false nine, allowing a link between midfield and attack. As demonstrated against Chelsea, Joshua King performs this role exceptionally well, often dropping deep into the midfield to collect the ball then create a chance through to the second striker or the supporting wide men. With eight goals and three assists in the Premier League thus far, King also provides a significant goal threat in games. 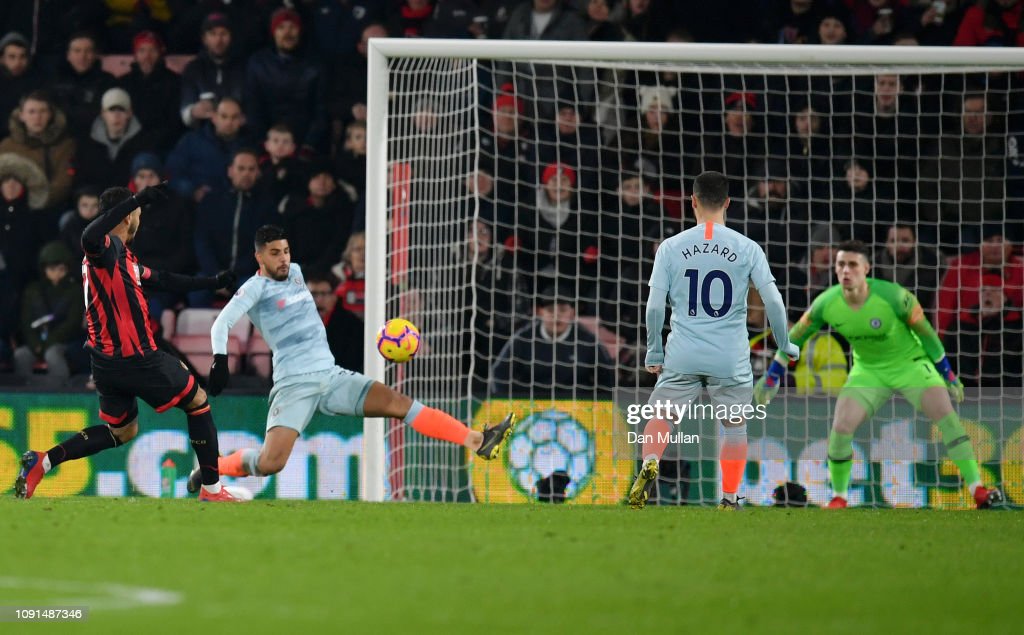 When out of possession the Cherries press high up the pitch to retrieve the ball before their opponent can take advantage of their disarrayed shape.

Tactically, Howe’s style may be too adventurous for a mid-table side but given Howe’s ability to improve players individually and distil a sense of togetherness in his squad, comparable to that of Klopp or Guardiola, one cannot help but wonder the heights the Englishman may achieve with a larger budget or a bigger club. 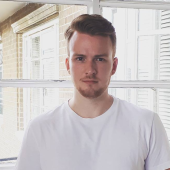