Match week 27 is upon us; and this fixture comes around for the second time this season. No doubt it is the biggest rivalry in the Premier League as the mighty Reds take a trip to Old Trafford and take on the Red Devils. It is an interestingly poised tie; as the last time both sides met, United changed their manager after losing the game by 3 goals to 1 against their fiercest rivals. As usual, Farrell and I take you through how Ole Gunnar Solksjaer’s men will likely set up.

Ole’s Red Devil That Must Be Stopped: PAUL POGBA

Paul Pogba’s 2018/19 can be divided into two parts; “isolated/miserable” and “rejuvenated”. Under Jose Mourinho, Pogba was frequently criticised by the coach, axed from the starting 11 on many occasions and looked miserable. But it is he who best symbolises United’s turnaround under Solksjaer. Having the manager’s faith and being played further forward has seen him become United’s first player to be involved in 20 goals this season, scoring 11 and assisting 9. And seeing as he leads the charge for their counter attacks with his ball distribution to the wide forwards Martial and Rashford, the reds will have to contain Pogba to ensure he is not “dabbing” at our expense.

OTHER PLAYERS TO NOTE: Anthony Martial, Marcus Rashford, Jesse Lingard and Ander Herrera must equally be contained by our boys. Pogba may be the catalyst, but the aforementioned players are equally as dangerous.

Manchester United have won seven of their last nine home league games against Liverpool, losing 0-3 in March 2014 and drawing 1-1 in January 2017.

Liverpool won the reverse fixture 3-1 and are looking to do the league double over Manchester United for the first time since 2013-14. They’re already the side to do the Premier League double over the Red Devils more than any other in the competition (4).

Only Manchester City and Chelsea (6 each) have won more Premier League away games against Manchester United than Liverpool (5).

Manchester United are on the longest current unbeaten run in the Premier League (W8 D1), and their longest run without defeat in the competition since October 2017 (10 games).

Manchester United have kept just one clean sheet in their 12 Premier League games at Old Trafford this season, only Fulham have kept as few in home games (1). Meanwhile, Liverpool are one of three sides to have scored in every away league game coming into this round of matches (along with Spurs and Man Utd).

Liverpool have lost just one of their last 13 Premier League away games (W9 D3). However, against sides starting the day in the top four, they’re winless in their last seven away from home since beating Chelsea 2-1 in September 2016.

If Salah scores on Sunday, he will become the fastest player to reach 50 Premier League goals for a single club – doing so in just 63 league appearances. This will see him smash Alan Shearer’s record of 50 goals in 66 appearances which he made for Blackburn. Liverpool’s previous fastest player to reach 50 PL goals for them was Fernando Torres who did it in 72 games in 2009.

Here’s to Liverpool taking all three points at Old Trafford on Sunday and to Mo Salah sealing his 50 in the fastest timeframe!

WHERE ARE MANCHESTER UNITED NOW?

After José Mourinho’s tumultuous reign at Old Trafford came to an end mid-December following a 3-1 loss away to arch-rivals Liverpool, it was clear the club needed a completely different approach.

Madrid legend, Zinedine Zidane, was the man on many a United fan’s lips but with the club adrift of the top four, the solution was a lot closer to home.

The appointment has paid dividends, with United having climbed back into the familiarity of the top four with a remarkable 25 points taken from 27 in the Premier League.

Thus far, Solskjær’s record in the league has ramped his win rate up to 88.88%

Admittedly, with the exception of Tottenham, Solskjær’s opening nine games in the league have been rather run-of-the-mill. The upcoming clash with Liverpool at Old Trafford however, should prove to be the Norwegian’s most challenging task yet.

As the table currently stands, United sit in fourth with 51 points, 14 from the top of the table.

Ordinarily, the appointment of a former player as manager tends to be met with a raised eyebrow, though there are few exceptions. With his Cardiff stint in mind, Ole Solskjær would not fall into that category, though the Norwegian’s time at Molde, in addition to his fantastic start in Manchester, has boosted his managerial stock.

Solskjær became an instant hit in Manchester, winning his first five league games in charge, including a 5-1 thrashing of former employers Cardiff. The former United forward, fondly remembered as ‘The Baby-faced Assassin,’ became the first United manager to achieve the feat since Sir Matt Busby in 1946.

Scoring 126 goals whilst playing for United, Solskjær earned acclaim for being something of a super-sub. In the 1999 Champions League Final, the Norwegian scored a dramatic last-minute goal in extra time to clinch the trophy for Sir Alex Ferguson’s side. 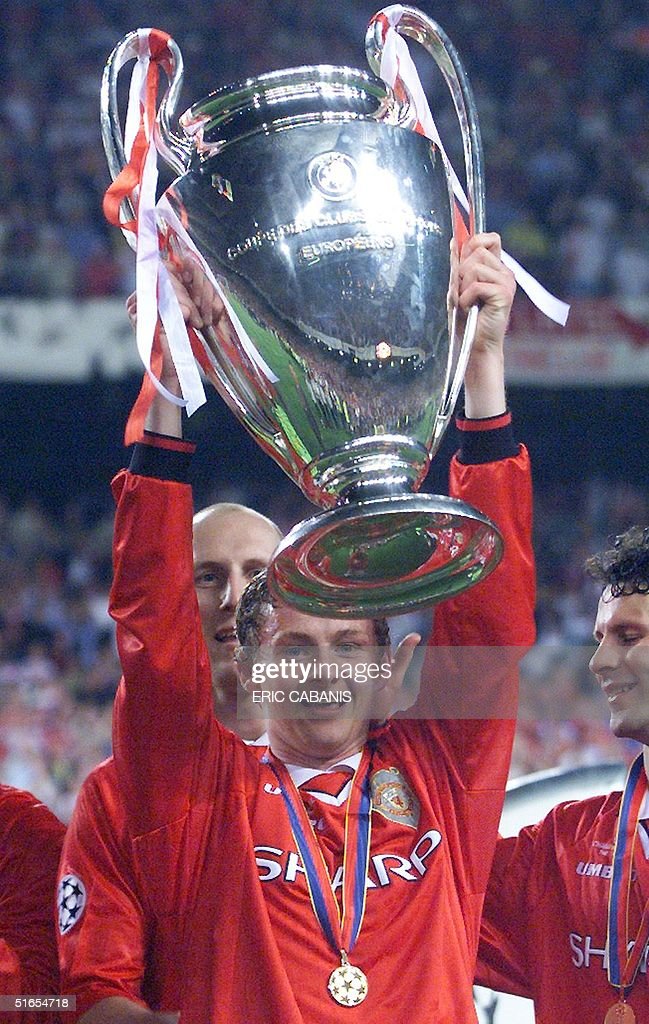 After retiring, Solskjærtook a role with United’s Reserves before taking over as manager of former club Molde back in his native Norway winning the Tippeligaen in his first year in charge.

A brief, unsuccessful stint with Cardiff City brought him back to Molde,until Manchester United came calling following Mourinho’s departure from the club.

The Red Devils have enjoyed a considerably more expansive style of football during Solskjær’s tenure, similar to the ‘old school Manchester United,’ according to Jesse Lingard.

The 4-3-3 has been kept, for the most part, though the message to the players has completely changed.

“He’s instilled that back into them that we need to score goals, we need to attack and if we’re all higher up the pitch then it just poses the opposition that question. All of a sudden teams are going from, ‘Right it’s Man United, we’ve got a chance today’ to actually, ‘Oh yeah, we’ll be defending, we’ll be deeper'” – Ryan Giggs

From the 5-1 thrashing of Cardiff it was clear Solskjær’s tactical philosophy is more in tune with the United of old. Full-backs were pushed high up the pitch to support the forwards and United were pressing higher and more aggressively when out of possession.

As Danny Higginbotham, a former United defender,explained on Sky Sports, the team no longer leaves a lone forward isolated in opposition territory, then Lukaku, (during Mourinho’s tenure) to receive the ball. Under Solskjær, United transition from defence to attack as a unit of players.

The Norwegian sat his two forwards, Marcus Rashford and Anthony Martial, out wide to exploit the space left by Tottenham’s advanced full-backs to devastating effect.

Come Sunday, Liverpool will face a much changed side to that they beat in December.