Securing a point at Old Trafford, Liverpool will head back to Anfield to prepare for Wednesday’s game. Watford will be the visitors, and they’ll be high on confidence having thrashed Cardiff 5-1. With Liverpool’s lead at the top cut to just a single point, the team will be hoping to return to winning ways in front of their home crowd. In a must win game for the Reds, here’s the preview for both sides. 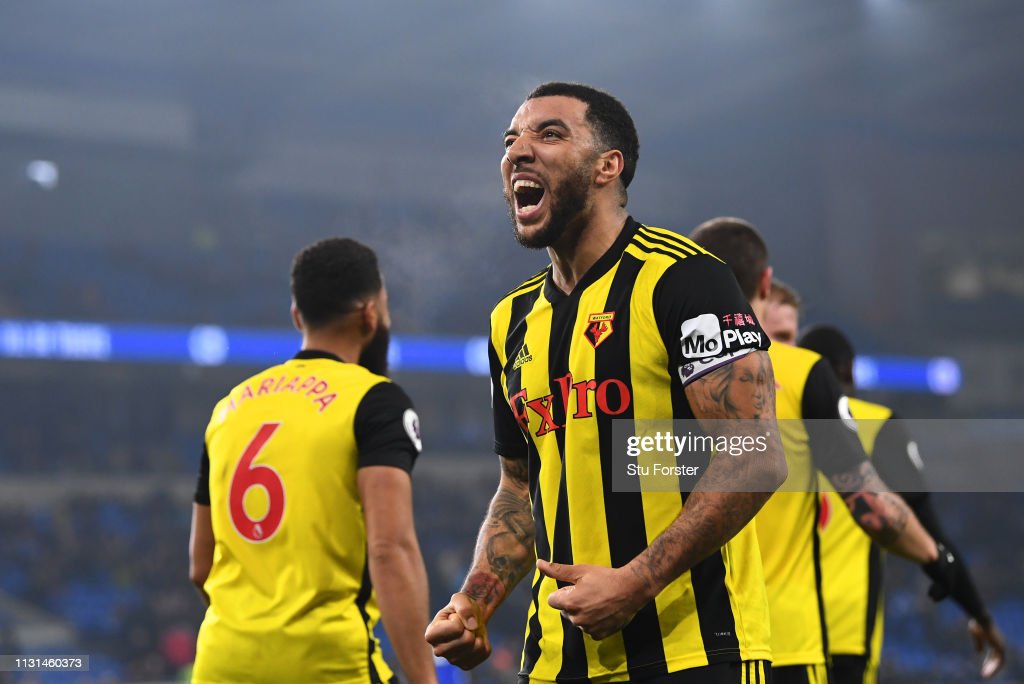 Beaten narrowly by Tottenham in matchweek 24, the Hornets have gone on a 4 game unbeaten streak in all competitions. Most impressive of the lot is their recent 5-1 demolition of Cardiff. While the relegation battlers aren’t the stiffest of opposition, that result had many league fans sitting up and taking note.

Key to that goal-scoring avalanche were Watford’s strike force. Gerard Deulofeu and Troy Deeney were on hand to convert all 5 goals, with the former grabbing himself a hat-trick. With only 8 goals between them prior to their visit Cardiff City Stadium, it marks a huge turn around in their attack.

Analysing all the goals, it’s clear that Watford profited from at least 3 one-on-on situations, with Cardiff having themselves to blame for lax defending. With Deeney sitting deeper and taking attention of the speedier Deulofeu, the latter could race clear to strike.

Looking at the above heatmaps, it’s clear that whoever’s playing in the No. 6 role would have to mark out the combative Deeney. Wining an average of 1.8 aerial duels per game, Fabinho should hence be given the nod to start at the base of midfield. And with Deulofeu more likely to drift right as seen above, Robertson must be wary of straying to far up for fear of being caught out. Doing both of the above would go a long way to shutting out Watford’s attacking duo. 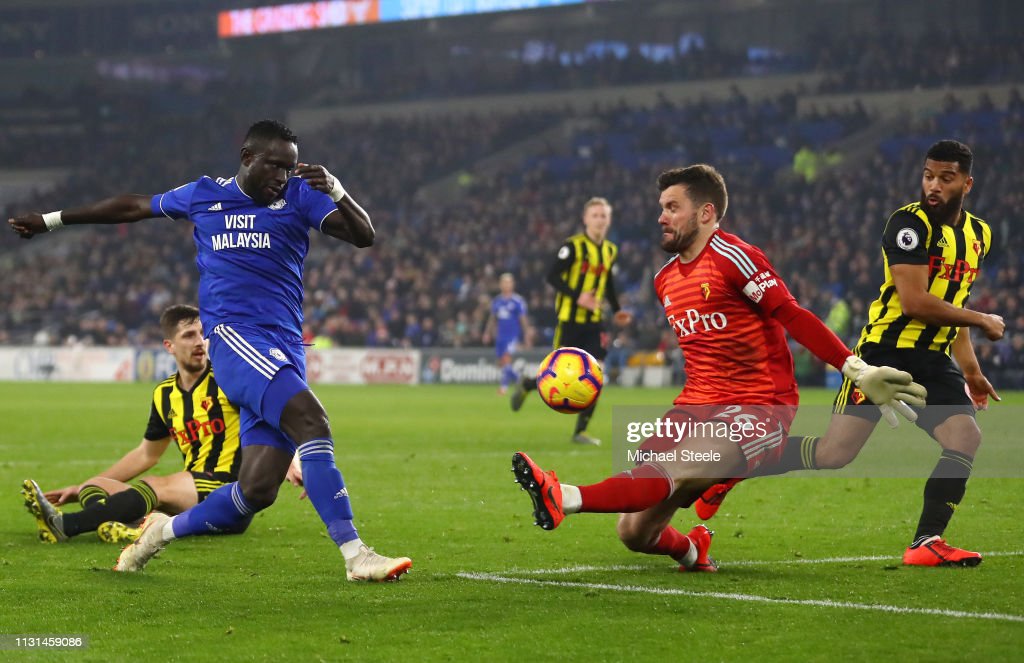 Despite what looks like a comprehensive victory on paper, Cardiff still managed to expose many cracks in Watford’s defence. Playing a 4-2-2-2 formation, the Hornets lack width and it was telling that Cardiff constantly overloaded both wings. Sending in no fewer than 12 crosses, Cardiff had many chances to breach Watford’s backline.

Besides their apparent inability to defend long balls, Watford were incredibly sloppy when attempting to win the ball back. On 11 occasions did they foul their opponents, with 3 fouls in their own half. That was not even including that one instance where Janmaat recklessly barged Murphy in the box. It was a clear cut penalty, and Neil Warnock was right to feel aggrieved especially given at that point in time the Bluebirds only trailed by a single goal.

With Liverpool scoring 15 times from set-piece situations and a further 5 from the spot, Watford’s recklessness is perhaps something Liverpool should look to exploit. Having looked lethargic at Old Trafford, Watford’s defence might just be the perfect tonic to revitalise Liverpool’s attack.

Reserves To Step Up

Executing what seemed like a typical pass, Firmino’s ankle landed in a rather awkward angle. The after effects was clear for everyone at Old Trafford, with the Brazilian visibly in pain. He was eventually withdrawn at the 31st minute mark to become the third causality of the afternoon. 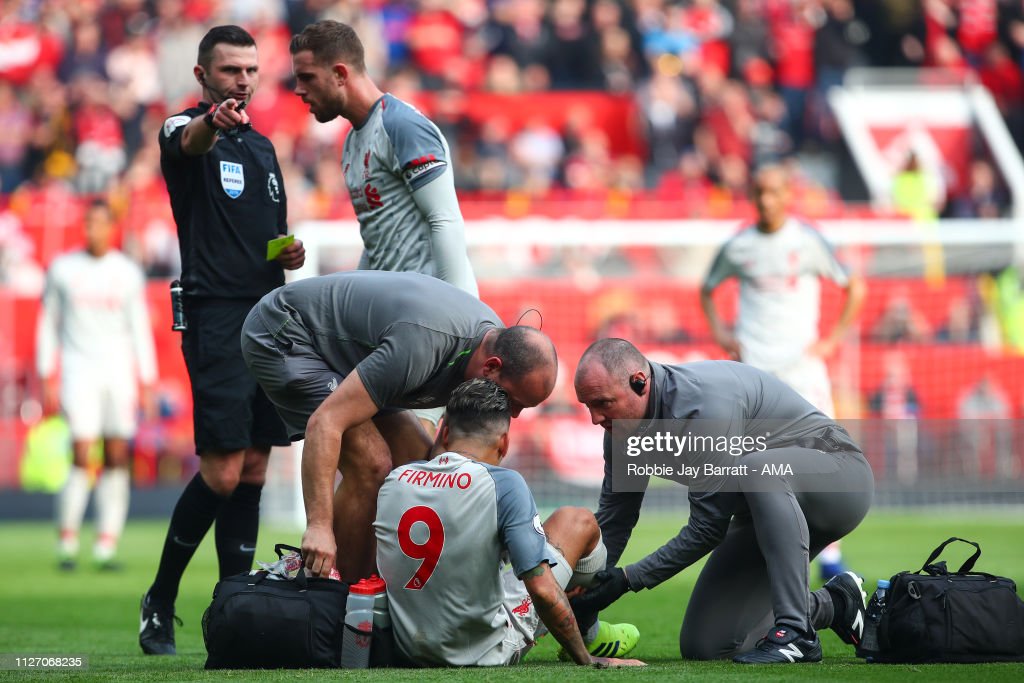 Speaking to liverpoolfc.com after the match, Klopp wasn’t able to give a definitive update on Firmino’s condition. He said: “Unfortunately, I have no clue. It was something with the ankle, that’s for sure.” However, the gaffer did concede that being Bobby, he’s recovery “will be quicker than all the others”, but it still depends on the prognosis.

Even if the ankle injury turns out to be just a sprain, Klopp will surely not risk his star forward on Wednesday, especially with Everton on the horizon. This mean that either Sturridge or Origi would deputise for Liverpool’s No. 9. Both have played bit part roles this season, scoring crucial goals against Chelsea and Everton in the earlier stages of the campaign. Whoever starts will need to up their game, particularly Sturridge who was near invisible when he replaced Firmino at Old Trafford. Just one wayward shot off-target was the only attacking return the Englishman produced, which is simply not good enough to be part of Liverpool’s attack.

A starting opportunity against Watford though will allow Liverpool’s No. 15 to make amends. Both strikers are in desperate need of game time to prove themselves, with one’s contract up in the summer and the other likely available for sale. Liverpool need their reserves to step up, and whoever gets the nod has to prove that they’re capable of doing just that. Perform well and it might have huge ramifications for their future at the club, and Liverpool’s aim to stay top of the league.