As the title race continues to come to its climax, Liverpool edged their noses in front of City; once again as they beat Cardiff City 2-0 on Easter Sunday. This workman-like victory leaves Liverpool 2 points clear of Man City with 3 games to go. Pep’s side have a game in hand on The Reds against local rivals, Manchester United on Wednesday evening.

Liverpool managed to beat Warnock’s Cardiff thanks to a powerful half volley from Georginio Wijnaldum and a penalty, won by Mohamed Salah, scored by James Milner. More goals could’ve come and probably could have come with Liverpool having a few big chances, but once again at the back Liverpool were solid and kept a clean sheet.  Thus, making it 18 for the season. For a more in-depth look at the match, check out Vesko’s match report here.

Alisson didn’t have lots of work to do between the Liverpool sticks with Cardiff only having 2 shots on target in the game, but when he was called upon, he did his job to the highest standard. The Brazilian was called into action after Everton loanee Oumar Niasse’s acrobatic attempt was directed towards the Liverpool goal. Liverpool’s No.13 dealt with this danger excellently and tipped the ball over the bar for a corner.

A solid performance from Alisson as he notched up his 18th clean sheet of the season.

Alexander-Arnold struggled at times during the game with the pacey and physical presence of Cardiff winger Nathan Mendez-Laing. Arnold found himself out of position at times and gave the Bluebirds some joy down the left flank.

However, despite his defensive struggles, the England international provided the goods when it came to an attacking sense. He assisted Liverpool’s first goal after his low driven corner found Gini Wijnaldum in acres of space.

A below par performance defensively from the local lad but strong when going forwards. 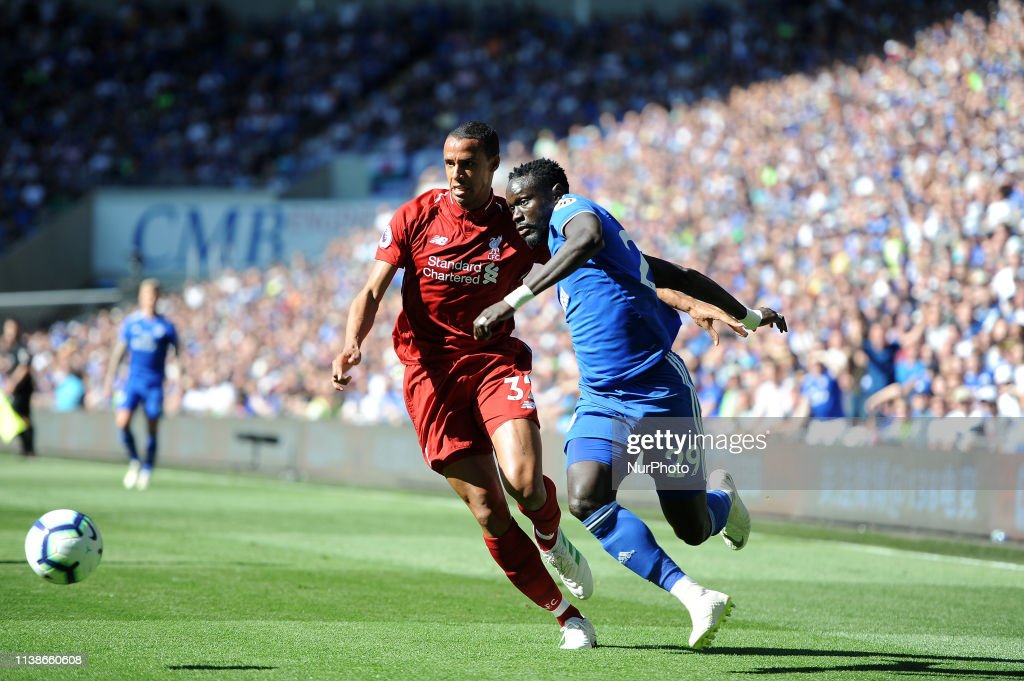 Matip showcased his massive improvements under Klopp in this game, with a man of the match performance. He was imperious at the back winning the majority of his aerial duels whilst maintaining a good reading of the game sniffing out any Cardiff danger.

The former Cameroonian international showed his excellent ability to come out of the defence and start attacks also in this match. Whenever he spotted space he darted into and sprung Liverpool onto the front foot.

An impressive performance from a player who has been heavily criticised in the past.

Once again, Van Dijk was as commanding as ever at the back and never looked like being beaten at the heart of the defence. Whenever he was faced one-on-one with a Cardiff man, he came out on top maintaining his ridiculous record of not being dribbled past for over a year.

Liverpool’s Dutchman was excellent in an aerial sense with his Cameroonian counterpart when dealing with Cardiff’s aerial threat from set pieces and Gunnarsson’s long throws with Cardiff only really creating a couple of chances from the biggest weapon in their arsenal.

Another great performance from Virgil to gain another clean sheet.

Robertson was solid defensively in the game and dealt with the danger well from pacey Cardiff winger Junior Hoillett. Scotland’s captain was rarely beaten throughout the match and played a big part in Liverpool achieving another clean sheet.

He continued to offer himself with bombing runs down the left wing, showing great impetus off the ball with his runs to draw Cardiff defenders out of position to allow Mane to dribble with lots of space. 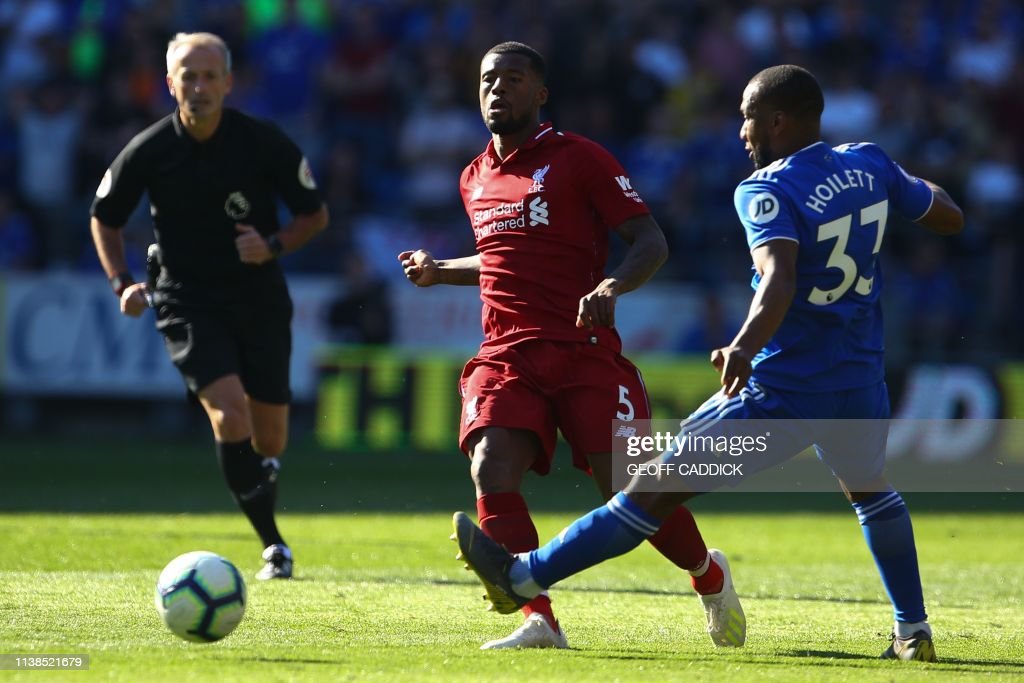 Wijnaldum was all over the pitch in this game in an attacking and defensive sense. He returned to the No.6 berth that he occupied earlier in the season and acted as an excellent defensive presence. Gini managed 3 tackles and interceptions in the match as he looked to win the ball back to start a Reds attack.

The Dutchman also went on to give the Reds the lead after he turned in a low driven TAA corner with a powerful half volley past Neil Etheridge in the Cardiff goal.

After looking in need of a rest in recent matches, Wijnaldum returned to the team looking refreshed with a top drawer performance

Keita continued his good run of form in the team and kept his starting 11 place once again. He continued to show he’s a great ball progressor showing great acumen when dancing past Cardiff midfielders in the middle of the park and finding quick passes to start attacks.

Naby didn’t manage a goal or an assist in the game but was good going forward looking for players in space despite not contributing to a goal.

Another solid performance from the former Leipzig man, as he looks to be finally settling into Klopp’s system.

Hendo produced a strong performance once again in his new advanced position. Liverpool’s captain continued to make good runs into the box finding himself in great positions to find a teammate or even score. The former Sunderland man arguably should have scored but he showed great timing and positioning to find himself in the place he was.

He also continued to show why he can play in the more defensive role as he offered help for Arnold on the left side as he struggled at times, winning the ball back more often than not when he contested with Mendez-Laing.

Another decent performance from Henderson as he becomes an indispensable part of Klopp’s team.

Salah didn’t have the best of times in front of goal after he should have scored for The Reds but was still solid for when Liverpool attacked. He still got into dangerous positions and caused problems for Cardiff’s defence.

These problems were shown when Cardiff captain Morrison couldn’t deal with Salah and grappled him to the floor giving away a penalty which was subsequently converted by James Milner.

He wasn’t amongst the goals, but Mo still played a massive part in the win by winning the penalty.

Firmino played a deeper role in the game and dropped into the midfield to get a foot on the ball to try spring Liverpool onto the front foot. He was good in a creative sense after Klopp revealed he was almost playing in the top of a diamond which was sort of evident as he was always looking for balls through the gaps in the Cardiff defence for Salah and Mane.

Bobby should have had a goal after missing a big chance, but it wouldn’t have had much impact on the way the game turned out.

A decent performance from Bobby in a deeper role against Cardiff.

Mane looked like Liverpool’s main attacking threat from the front three against Cardiff. He kept on finding himself in good spaces and caused lots of problems for Cardiff defenders by ghosting past them most of the time.

He didn’t find himself in front of goal that often but was excellent when creating space for others and continued to work hard for the team whilst causing havoc for Cardiff’s defence as at times they couldn’t contain him.

A great performance from Sadio despite not being amongst the goals.

Fabinho’s afternoon was cut short after he was brought off as a precaution due to a clash of heads with Kenneth Zohore. 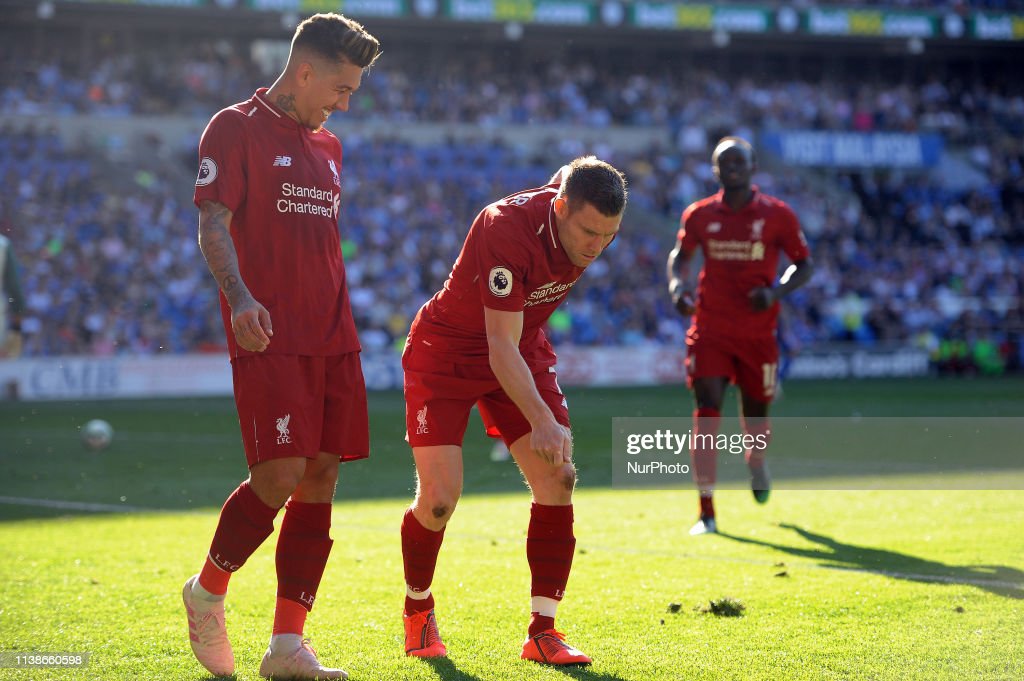 Milner was solid when he came on from the bench and continued his excellent form from the penalty spot when he struck his penalty into the side netting.

Gomez didn’t have much impact when he came on, but it is just good to see him getting some minutes again.