As the title race comes to its climax, Liverpool put themselves in front once again with an emphatic 5-0 win over already-relegated Huddersfield Town.  Braces from Mohamed Salah and Sadio Mane, as well as Liverpool’s quickest ever Premier League goal from Naby Keita, gave the Reds this comfortable win.

It was expected to be a routine victory for the Reds as the Terriers sat bottom of the table with 14 points, but Liverpool made sure they got the job done and guarded against complacency.

Once again Alisson literally had nothing to do last night with him only facing one shot on his goal from Huddersfield. It was a long-range strike from Juninho Bacuna and Alisson could comfortably parry it away.

The Brazillian looked comfortable with the ball at his feet and showed good distribution when playing out from the back.

A quiet night for Alisson.

Arnold was a bit more astute defensively this time when facing up against the physical presence of Karlan Grant, compared to last week where he struggled against Mendez-Laing. He also showed excellent vision with his long passing to switch the play and this was the way Mane’s first goal created.

Trent’s show of vision continued with an inch-perfect long ball to Mohamed Salah, who could lob the ball over Huddersfield keeper Jonas Lossl.

A very solid performance from Trent against Town.

Lovren was good at the back for Liverpool in this game and was important in a period after the first goal where Huddersfield dominated proceedings. He won most of his duels and dealt well with the threat of Steve Mounie.

He didn’t have much to do in all fairness, but when the Croat was called upon, he did his job to a good standard.

Van Dijk one again commanded the back 4 to another defensively sound performance as well as The Reds’ 20th clean sheet of the season. He won pretty much everything he had to deal with despite Huddersfield not providing a lot in an attacking sense that put the Reds in much danger.

With the absence of Matip, Van Dijk took on his normal role of bursting into the midfield when he spotted some space. Virgil did this well on a few occasions and it led to a goal after he took a long ball down to burst into space to tee up Robertson for one of his whipping balls that Mane headed home. 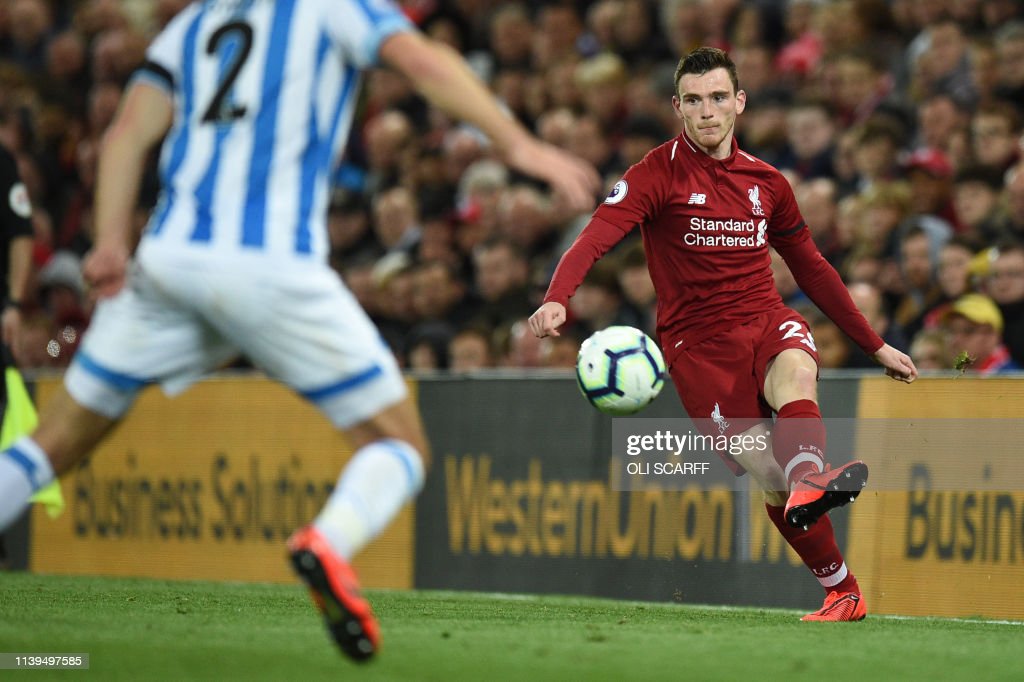 These great spaces Scotland’s captain found himself in enabled him to play two of his pinpoint crosses which led to him grabbing two assists for Mane’s first goal and Salah’s second.

An exemplary attacking performance from Robertson as he grabbed his 11th assist of the Premier League campaign.

Wijnaldum once again occupied the deepest role of the midfield for Liverpool due to Fabinho being left out as a precaution after a clash of heads in the victory against Cardiff. Gini continued to show his versatility in this game providing a solid performance as the defensive shield.

He was good when dropping into the defence early on when Huddersfield had a bit of joy after the first goal to ensure that the Reds could get back on the front foot and dominate proceedings which was the eventual outcome of the match.

Not a standout performance, but a good one nonetheless from the Dutchman.

Henderson provided another good performance in this match and always kept Liverpool pushing and on the front foot throughout the match. He was excellent with his progressive passing to keep the ball moving as well as creating space with his dangerous runs in behind.

The skipper showed excellent crossing ability after playing in a delicious ball to Sadio Mane who could head home for his second.

Another good performance as Hendo continues to flourish in the 8 role.

If there was one word to describe Keita tonight it would be excellent. He showed exactly why he was identified as a target to score Liverpool’s first showing excellent pressing ability early on before calmly slotting the ball home after Salah’s one-two with the Guinean.

He showed his excellent defensive abilities also by achieving 4 tackles and 3 interceptions showing why he is perfect for Klopp’s short pressing system. Excellent dribbling ability was also showcased by Naby as he completed 2 dribbles in the 90 minutes.

A top-drawer performance from Liverpool’s number 8.

Salah continued his hot streak in front of goal in this game as he grabbed a brace with two well-taken goals. These two goals meant that he was the player with the most goals inside their first 100 appearances (69) in Liverpool’s history beating Roger Hunt’s impressive 68.

He also managed to grab an assist after Naby Keita’s tackle fell to his feet which gave him the opportunity to play a one-two with the Guinean to score. He could’ve had a hat trick late on after he missed a good chance which he created for himself, but he showed his clinical side with his previous two goals.

Another quality performance from the Egyptian King as he took the lead in the race for the golden boot with 21 goals.

Sturridge was handed some rare minutes in this victory after Firmino missed out with a muscle injury. He didn’t have much of an impact on the proceedings but worked hard for the team.

The former England international will have felt hard done by after he had a goal rightly disallowed for a marginal offside decision.

Sturridge didn’t pull up any trees with his performance, but he still worked hard. 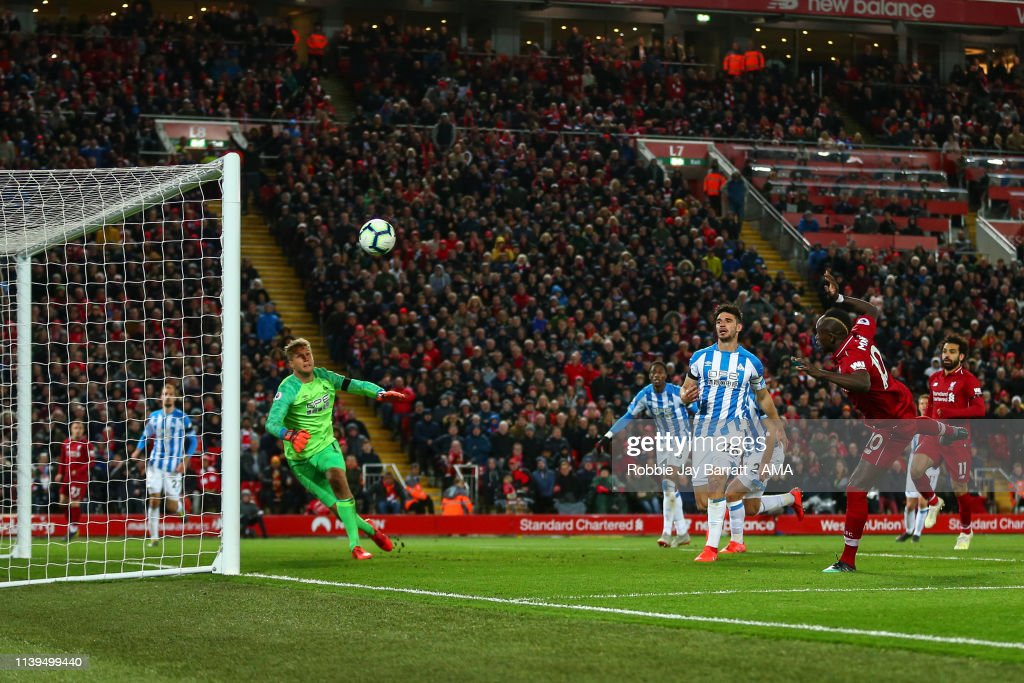 Mane once again scored at Anfield, making it 11 goals in his last 9 home games. Both of his goals were powerful headers away from the grasp of Jonas Lossl in the Huddersfield goal. Sadio nearly had a hat trick of headers after he struck the post late on with another powerful header.

The Senegalese forward’s runs were spectacular all night and he was always pulling himself away in space from Huddersfield defenders. He was a menace all night for the Terriers.

An excellent performance from Mane as he reached 20 Premier League goals for the season. 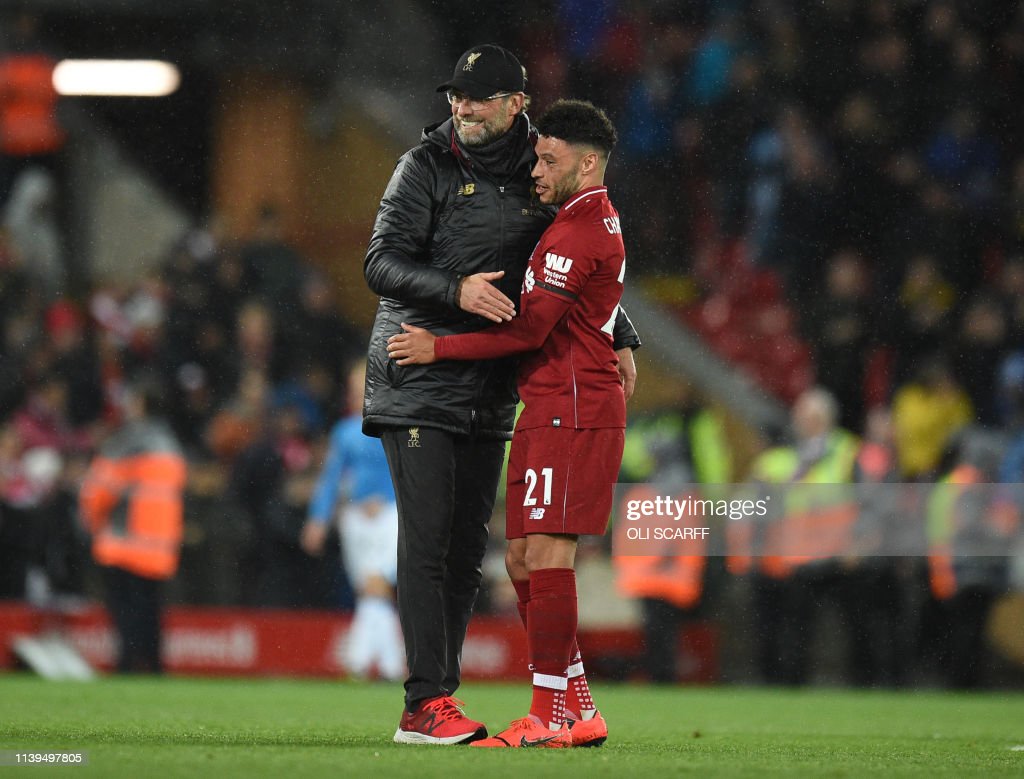 Ox made his long-awaited return after 367 days out with a long term knee injury. He looked dangerous and was able to keep up with the pace of the game despite such a long time out with injury.

He nearly scored but the main thing was it was great to see him back on what was an emotional night for the Ox.

Shaqiri looked dangerous when he came on and almost got an assist when Mane struck the post from a header with his cross.

He didn’t have enough minutes to make an impact but it was once again great to see him getting back to fitness.

It really was an excellent performance last night despite not even getting out of first gear really. Mane and Salah were excellent in front of goal and continued to show why we have one of the best attacks in world football. Also, the assist competition between Robbo and Trent as they both increased their numbers to 13 and 11 for the season.

Keita’s performance was a real highlight as he showed what made Klopp identify him as perfect fit for his system. Overall, it was just a great performance that can hopefully give us some momentum going into the big Champions League Semi Final clash with Barcelona.