Liverpool confirmed a meeting with Barcelona in the Champions League Semi-Finals in May after a convincing 4-1 victory against Porto last night. This 6-1 aggregate win for The Reds means that Klopp has reached the Semi-Finals of every European campaign with Liverpool, as well as winning 9 out 0f 9 two-leg European ties since he has been in charge of Liverpool.

As Klopp’s men wrapped up this tie in emphatic fashion, Sadio Mane, Mohamed Salah, Roberto Firmino and Virgil Van Dijk all found themselves on the scoresheet to give Liverpool their 4 goals. Real Madrid bound Eder Militão scored Porto’s only goal to get on the scoresheet with a header from a corner. For a more in-depth look at the game, check out Vesko’s match report here.

Liverpool’s Brazillian keeper was kept busier than he usually in especially in the first twenty minutes. Porto put up a good fight throughout the first half with Moussa Marega finding himself in good positions.

This Porto pressure meant that Alisson had to be switched on at all times and he was just that. He wasn’t called upon to make any big saves, but he won everything that came his way with good timing and handling.

Despite conceding, it was a good night and a good performance overall for Brazil’s No. 1.

Arnold was another player who was busier than usual with his defensive duties as normally we are used to seeing him bombing down the right wing. When called upon, he was in a good position down the left side to suppress any threat Brahimi and Co. caused down the left-hand side.

Being called upon to be more defensive at times, however, didn’t stop Trent producing when it came to going forward for the Reds. For Liverpool’s second goal he played a lovely defence-splitting through ball to Salah who could slot home. A great showing of his magnificent vision.

Overall, a solid performance in an attacking and a defensive sense for the Scouser.

Joel Matip continued carried his recent form into this encounter with Porto and produced an exemplary defensive performance when at times Liverpool really needed.

He was solid in the tackle and won most of his duels, sniffing out mainly any dangers that the Porto attack posed to Liverpool. The Cameroonian international was also good when coming out of defence and trying to start attacks to secure the away goals the Reds needed to confirm their Semi-Finals place.

Again another good performance from this new improved Matip we’ve been seeing since the absence of Gomez and Lovren earlier in the season. 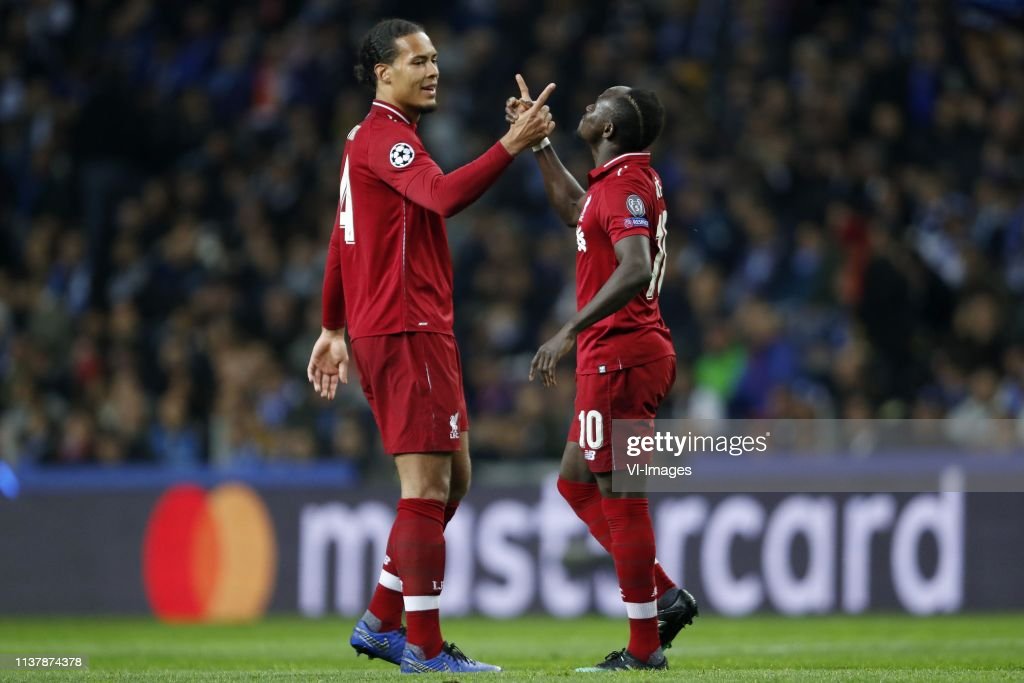 Van Dijk was as commanding as ever at the back producing a standard performance that we have come to expect from the colossal Dutchman. He was immense defensively, winning all of his aerial duels on the night and managing 7 tackles and interceptions.

Virgil also got in on the act at the other end nodding another header to score Liverpool’s 4th of the match. This goal means that Van Dijk has 4 goals and 5 assists this season from centre back, showing why he has the title of “The World’s Best Centre Back”.

We always know he will produce, but this was another vintage performance from Liverpool’s stalwart at the back.

The Scotland captain, like Trent Alexander-Arnold, was called upon defensively more than usual as his usual job is to be providing support down the left flank. He wasn’t troubled at all defensively and looked good when the Reds were put under pressure in the early exchanges.

Robertson continued to be an outlet going forward but wasn’t as gun-hoe as he usually is due to the Reds having to be a bit more conservative with Porto bossing proceedings early on.

Not a vintage Robbo performance, but nonetheless, a solid one at that.

Fabinho bossed the middle of the park in this game, after looking a bit shaky in the previous encounter with Porto. He rarely misjudged a pass and was integral into the solid defensive performance that the Reds produced early on.

The Brazilian acted as a shield for the back four in the opening 20 minutes, winning lots of second balls and committing himself to lots of distance to win the ball back.  He was strong in the tackle and was good when it came to retaining possession.

Milner came into the midfield to replace Liverpool’s in-form skipper as Klopp looked ahead to the game on Sunday against Cardiff.

He was fairly quiet in the match and didn’t have much on the impact within the match’s proceedings. Despite this, he still worked hard and moved the ball well when it came to build-up play.

A quiet performance from the 33-year-old.

Wijnaldum was another who returned to the team, replacing Naby Keita who has improved his form in recent games scoring two in his last 3 starts.

Despite his rest in the last two matches, Wijnaldum still looked tired and didn’t have much of an impact on the game. He still gave his all and worked hard for the team but wasn’t the usual Wijanldum that has been integral to our successes so far this season.

A below-par performance from Gini, as he still looked in need of a rest. 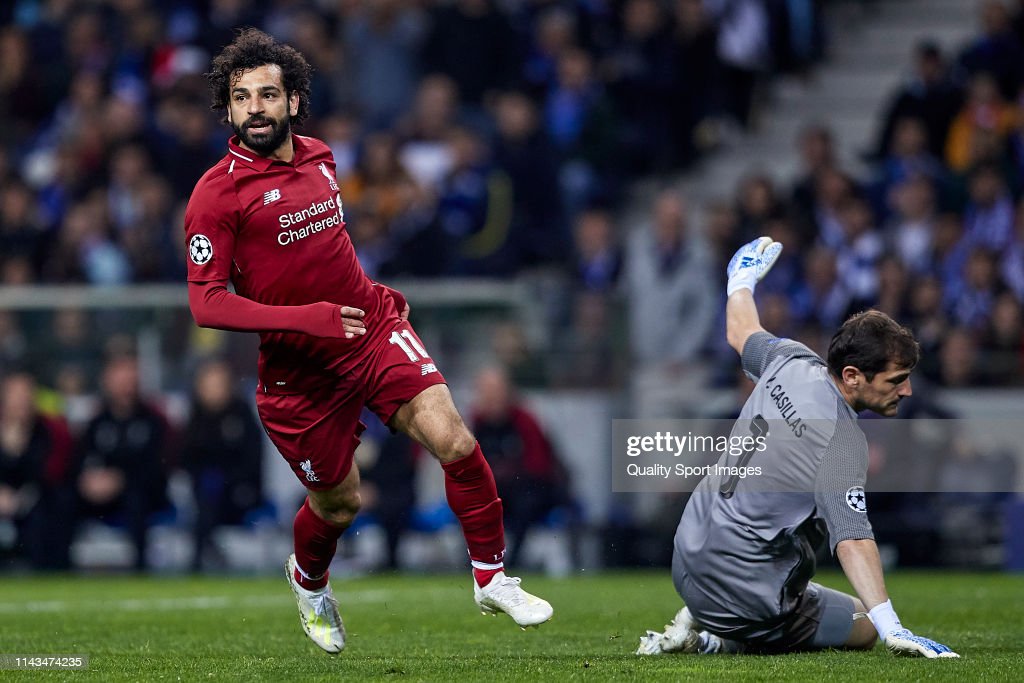 Salah continued with his current hot streak in front of goal in recent games with a goal in this encounter with Porto – his first away goal in the Champions League this season. The Egyptian showed excellent composure to find a wonderful finish from an equally wonderful through ball from Alexander-Arnold.

Mo also turned provider in this game, when his cross-shot assisted Mane to give the Reds that vital away goal they craved as well as a 1-0 lead. He showed great spacial awareness to fins himself in that position even if his pass/shot may not have been intended for Mane.

Another performance out of the top drawer for Salah, as he has refound his form in recent matches.

Klopp before the game said this rare start for Origi was a reward because his hard work in training and recent matches had impressed the boss. In this game, however, he wasn’t that impressive.

The former Wolfsburg man was extremely quiet in the first half and found himself with very little of the ball. Although, he was good when rotating positions with Mane and Salah and making runs to create space for the pair.

Divock’s quiet first half led to his withdrawal at half time, with Firmino replacing him. 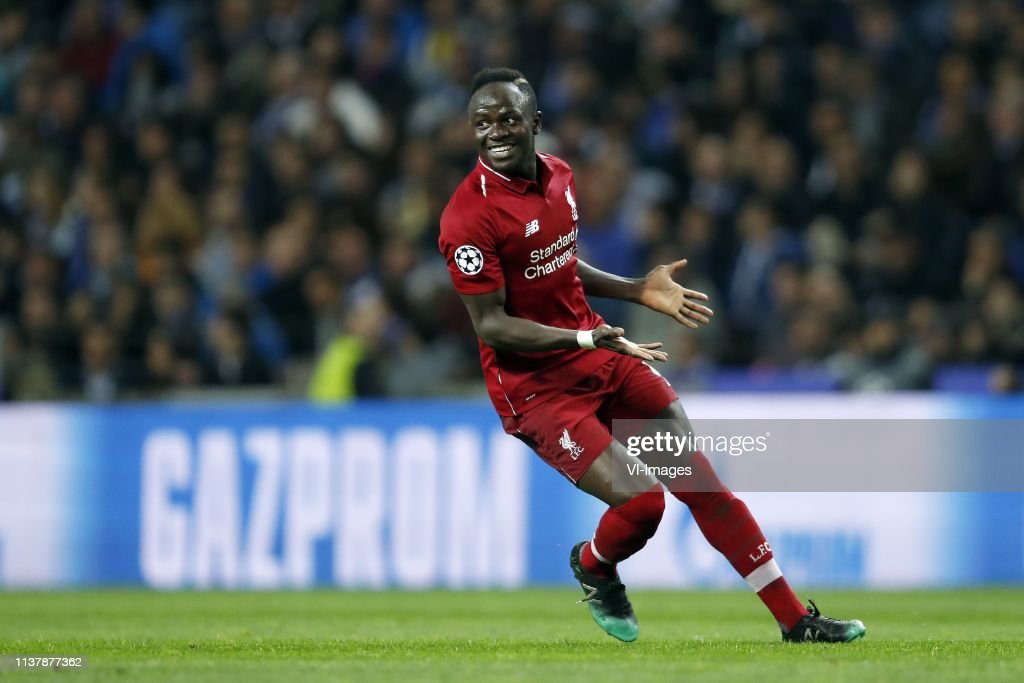 Sadio Mane continued his run of scoring in every round of the Champions League since the start of last season by giving Liverpool a 1-0 lead. He latched onto Mo Salah’s ball to give the Reds an away goal and take the tie out of Porto’s reach.

Mane’s goal was originally ruled out for offside and didn’t look as though it was going to stand, with even Sadio himself admitting he thought he was offside. However, with the help of VAR, the decision was reversed and the goal stood after the replay showed that Mane was played onside by Felipe.

Once again, Mane delivered the goods for Klopp.

Firmino showed more of a clinical edge than Origi when he came on grabbing Liverpool’s third goal. He nodded home an excellent Henderson cross.

He put in a good shift when he came on in the second half and played a big part in Salah’s goal winning the ball before starting a counter attack.

Liverpool’s skipper continued his excellent form when he was brought on from the bench to replace Milner.  Hendo whipped in a delicious cross in for Firmino who was there to nod the ball home.

He showed how well he had progressed in this new advanced role, creating 4 chances in just 21 minutes of action.

Another excellent cameo from our captain. 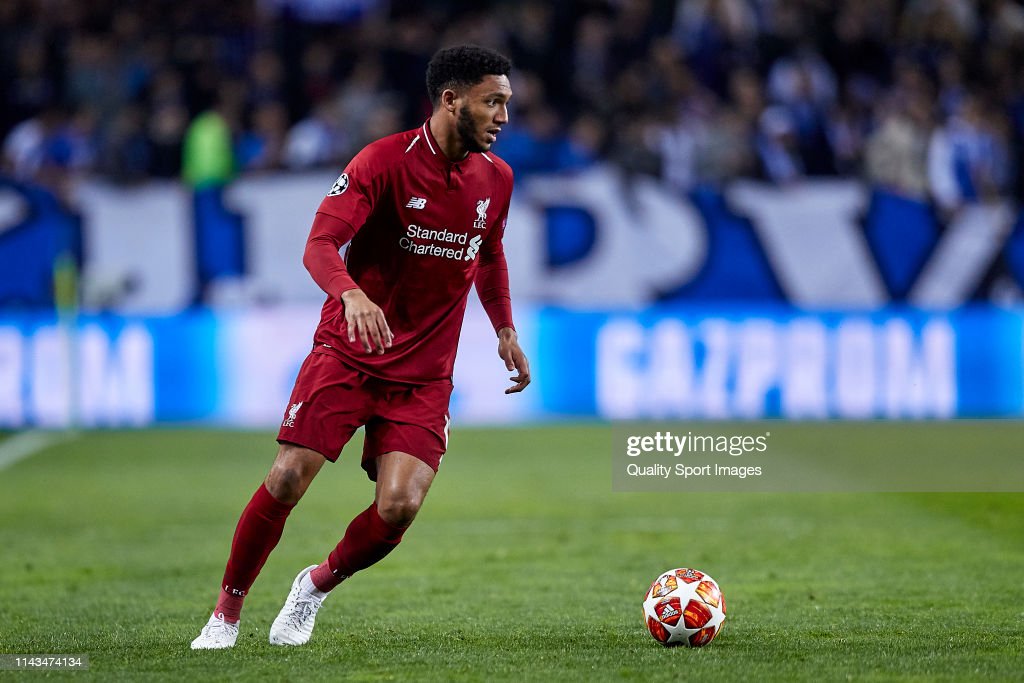 Gomez made his return to the first team action after spending 4 months out with a broken leg he sustained against Burnley in December.

Gomez looked like his old self when he came continuing to work hard and give his all for the team. His main contribution was a run he made to make space for Henderson’s cross for Bobby’s goal.

It was great to see Joe back, especially for this run in at the end of the season.

We looked a bit of the pace in the opening periods of the game with Porto applying lots of pressure. However, we weathered the Porto storm with some excellent resilient work at the back. Mane’s VAR goal really put the game to bed and then allowed us to play with freedom and then we did just that.

We looked dangerous on the counter with Mane and Salah finding themselves in lots of space, with Bobby also finding himself in good positions when he came on. It was great to see all of the front three grab a goal as well as Van Dijk, showing we are more than capable to blow teams away even if the game is practically over. The return of Gomez was also great to see.

Overall, a great performance. Bring on Barcelona in the Semi