It’s the clash of the titans. Having brushed off Porto the quarters, the Red army will next face Barcelona in the semis. The Catalans similarly swept aside Manchester United in the previous round, and they’ll be more than a worthy foe for the Merseysiders. Against a side led by the magical Messi, it’s fair to say that Liverpool will have to work much harder than the demolition work versus Huddersfield on Friday.

Against the backdrop of the majestic Camp Nou, here’s the preview for what promises to be another historic night in the club’s history. 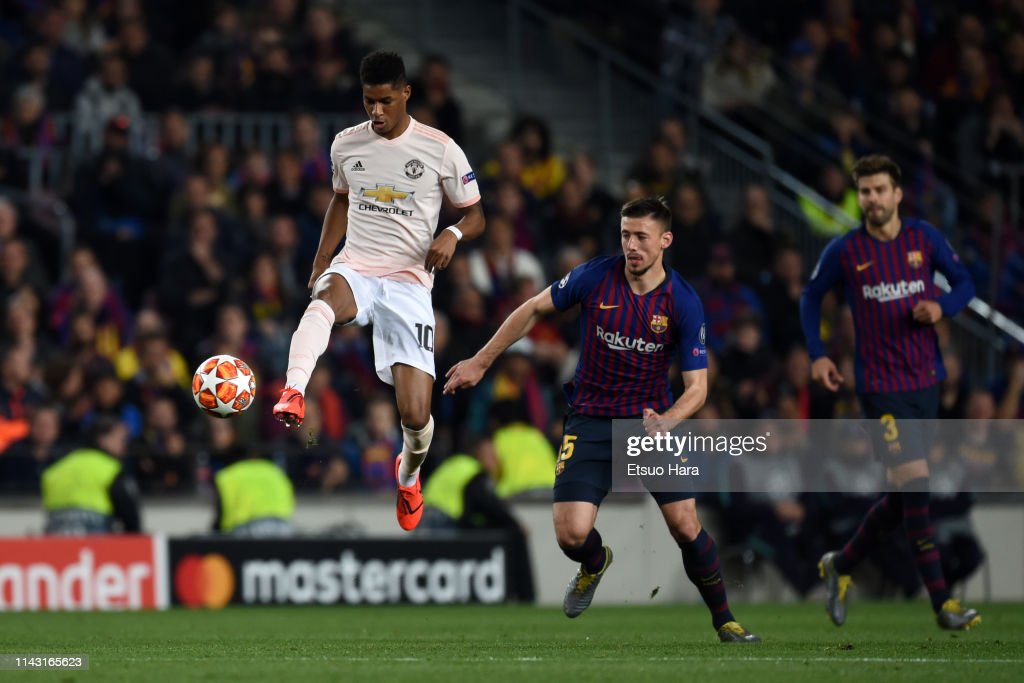 A couple of weeks ago, Barcelona booked their place in the semi-finals by beating Manchester United with an aggregate score of 4-0. Three of those goals came at Camp Nou, with Messi putting on a masterclass on that night. But while the scoreline suggest that the Catalans were in complete dominance, the reality differs slightly. If there’s anything that Liverpool could learn from that game, it would be that Barcelona aren’t entirely invincible.

Yes, Barcelona are a fantastic side when in possession, and they can often suffocate their opponents through constant recycling of the ball. The flip side however is that they’re back line is ridiculously high. Sure, against the lesser clubs that’s great, since they don’t have the firepower to hurt them and the extra bodies in midfield would aid Barcelona’s possession-based game. Use that game plan against the big teams however and the danger signs would inevitably appear.

As shown in the pictures above, Manchester United’s first chance came as early as the opening minute. Young has the ball, prompting Messi to put pressure on him. Seeing their captain press, Barcelona’s back line followed his lead and immediately pushed up. This left Young little option but to square it to Fred on the right.

However for Barcelona, Rakitic was a little slow to join the press. As a result, it left his midfield colleague Busquets caught in a 1v3 situation. Fred now has the luxury to pick out Lingard, Rashford and Pogba, who’ve formed the all important triangle around Barcelona’s No. 5. Of the 3 players, Fred picks out Lingard at the tip of the diamond.

To Lingard’s credit, he doesn’t hog the ball but immediately first-time passes it to Pogba. Busquets, who was outnumbered at the very beginning, has no chance to win back the ball. At this time, the Barcelona defense are all still high up, leaving ample space behind them. Do also note the almost flat line that the Barcelona defenders are in.

With Busquets nowhere near Pogba, the Frenchman has all the time in the world to pick out his next pass. Ahead of him are three options, with Martial, Lingard and Rashford all sprinting into the space behind Barcelona’s defense. In a 3v3 scenario, any of United’s attackers are in the position to hurt Barcelona. Rashford, who knows that Pique was drawn towards Lingard, cleverly chooses to exploit the gap between Pique and Lenglet. Pogba spots the run and plays Rashford through on goal, only to see the latter’s lofted finish clip the bar. United ought to have been 1-0 up at this point, which would’ve given them a great chance at progressing.

The above scenario isn’t just any one off either. Not convinced? Let their encounter with Villarreal in early April be another example. Barcelona are 2-0 up at this point, and pushing high up in search of another goal. Except that the Yellow Submarines have other ideas. For their first goal, Villarreal initiated a move from the back. The defender has 3 options but upon seeing Iborra free, decides to run across Vidal and play a forward pass.

Again, disjointed pressing on Barcelona’s part allowed Villareal to create this chance. Coutinho and Arthur are simply too far away from Iborra to win back possession. Barcelona though are yet to drop back, believing that they’ll win back the ball. Except that Iborra, who has great awareness, flicks the ball to the completely unmarked Cazorla.

With the ball at his feet, Calorza has the option to either play it wide or through the centre. Spotting Chukwueze in acres of space between Alba and Lenglet, he releases his teammate with a perfectly weighted pass. Suddenly, the alarm bells start ringing for Barcelona and their defenders furiously backpedals. Except, it’s a foot race that they’ll lose with Chukwueze slotting home after seeing his initial shot rebound of the post. They’ll score a similar goal later albeit from the wing, setting them up to take a 4-2 lead before Barcelona mount a comeback to draw 4-4.

As the two examples showcased, Barcelona tend to leave themselves very vulnerable at the back. The trick to getting out of the their possession based game is to execute quick one-twos and initiate rapid counters. Liverpool are perfected to do both, with Klopp honing his men to be the best pressing and counter-attacking unit in Europe. With Salah and Mane having the pace to exploit the space, and Firmino orchestrating the attack with his clever touches, Liverpool are more than capable of hurting the Catalans. All that’s needed is the execution, something Manchester United lacked despite the players they have.

Right Side Of History 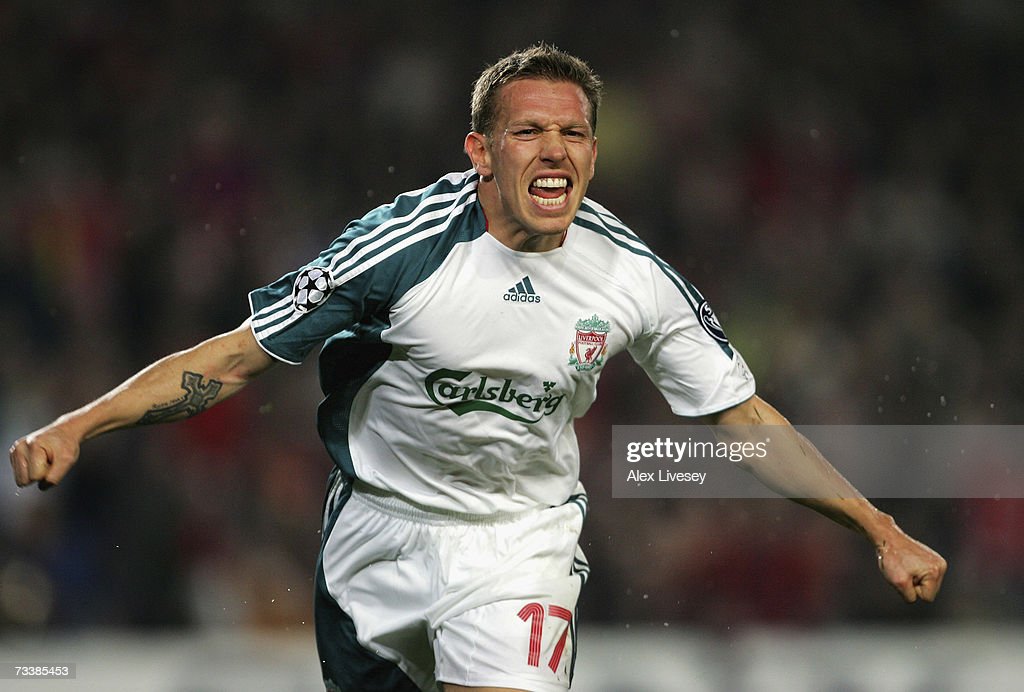 Barcelona are one of the best teams on the planet, that’s a fact. They’ve been favourites to lift the Champions League trophy from the very beginning, and even more so now that Real Madrid have been knocked out. Versus Liverpool, many are backing the Catalans to do the job and reach the final in Madrid.

While Barcelona’s record against English clubs is great, many are forgetting the Reds own impressive record against them. In fact, Barcelona are yet to beat Liverpool at Camp Nou, a record that stretches all the way back to the 1975/76 UEFA Cup. The most recent of those games was played in the 2006/07 Champions League season, a game which Liverpool triumphed 2-1 against the backdrop of a bust-up between Craig Bellamy and John Arne Riise. Preserving that record on Wednesday night would give the Merseysiders a fair chance of progressing to the final.

Another interesting statistic that has been circulating the web recently is Messi’s goal record against every English club he has faced. The Argentine superstar has scored against every English team he has face less one, and that team happens to be Liverpool. Granted, he only faced the Reds twice in his career but it’s still a noteworthy statistic at the very least, given that he has also scored twice in his 2 appearances against Tottenham.

Lionel Messi has scored more Champions League goals against English clubs than any other player in #UCL history:

The last, and definitely most eye-catching trivia fact is that Liverpool are the last team to beat Barcelona at Camp Nou when Messi is in the team. That’s 12 years of Barcelona’s Champions League opponents trying and failing to win at the Catalan’s home ground. It goes to show how much of an achievement it was for Liverpool to return to Merseyside with a 2-1 lead all those years back.

Having all these records to back them up, Liverpool have no reason to be afraid on Tuesday. They’ve secured back-to-back semi-final outings to prove they’re among Europe’s elite now. Gone are the days where they’ll be viewed as underdogs heading into the clash, and they can be viewed as equals to Barcelona.

Catalan boss Valverde shares the same view, saying that he is wary of the “very powerful” Liverpool frontline. Which is why Kopites are left bemused when many pundits and rivals fans believe that Barcelona will stroll into the finals. The Reds will push their opponents all the way, and it’ll be great if they manage to prove the doubters wrong at the end of the day. 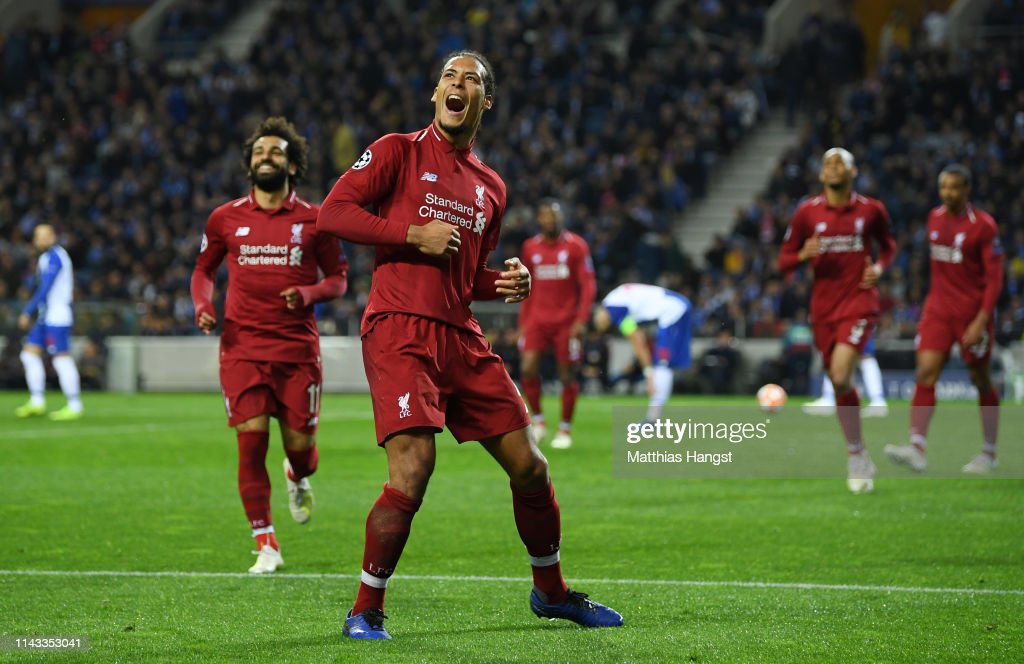 Who will come out tops when Lionel Messi meets Virgil van Djik? That fantasy will actually become reality when their respective teams meet in the semi-finals. It’s a contest highly anticipated by many, and for good reason. In one corner there’s arguably the greatest player ever, who’s been bamboozling defenders for ages. In the other there’s the Premier League’s best centre back, some argue even Europe’s best, who hasn’t been dribbled past all season. Surely, one has to give when these two meet right?

Given that many have tried and failed to contain Messi in the past, the task van Djik faces is a daunting one. Indeed, the defender admits that he has “no idea” on how to stop Barcelona’s No. 10. However, the 28 year old sensibly adds that it’ll need a team effort to stop Messi, saying: “It should never be a case of one-against-one; it shouldn’t be me against a single opponent. The only way to defend well is to do it as a unit, but it will be difficult because he is the best player in the world.”

Former Manchester United manager Mourinho shares the same sentiment, saying: “When Messi has the ball one-on-one you are dead. You have to create a cage around Messi.” Creating that cage will take a herculean effort though, with the Portuguese conceding that “it won’t be easy”, even if it’s “easy to understand” where Messi plays.

Being known to start on the right and drift inwards to directly influence play, Liverpool will have a job to do on their left. Van Djik, Robertson, and Fabinho simply have to work together to nullify Messi. They would be wise not to man-mark him though, given his low centre of gravity and his seamless ability to make a fool out of defenders, with Phil Jones the latest in a long line of victims.

Even if Liverpool manage to keep Messi at a distance, they’ve to be equally wary of his passing ability. Averaging 2.8 key passes per game and already having 16 assists in all competitions, the Argentine is equally capable of creating than scoring. His raking pass in the buildup to Coutinho’s goal against Manchester United is testament to that. Hence, it’s important that Liverpool’s chosen midfield close down the 31 year old, for if he’s given the space he’ll be able to pick out a teammate.

To stop the greatest player in the world, Liverpool have to be brave and strong. Even if they do eventually fail, there’s no shame in trying given how magical Messi is. But if van Djik and co manage to halt this seemingly unstoppable force, it’ll definitely give the Reds a great chance of progressing into the finals.