Securing a vital 2-0 away win at Cardiff, the Reds will welcome Huddersfield Town on Friday night. Rooted dead last in the table and their relegation fate sealed long ago, the Terriers aren’t expected to pose much of a trouble. Still, the Merseysiders will approach this game with caution, knowing that any slip will spell doom in their title chase.

In view of the clash at Anfield, the following is the preview for both sides. 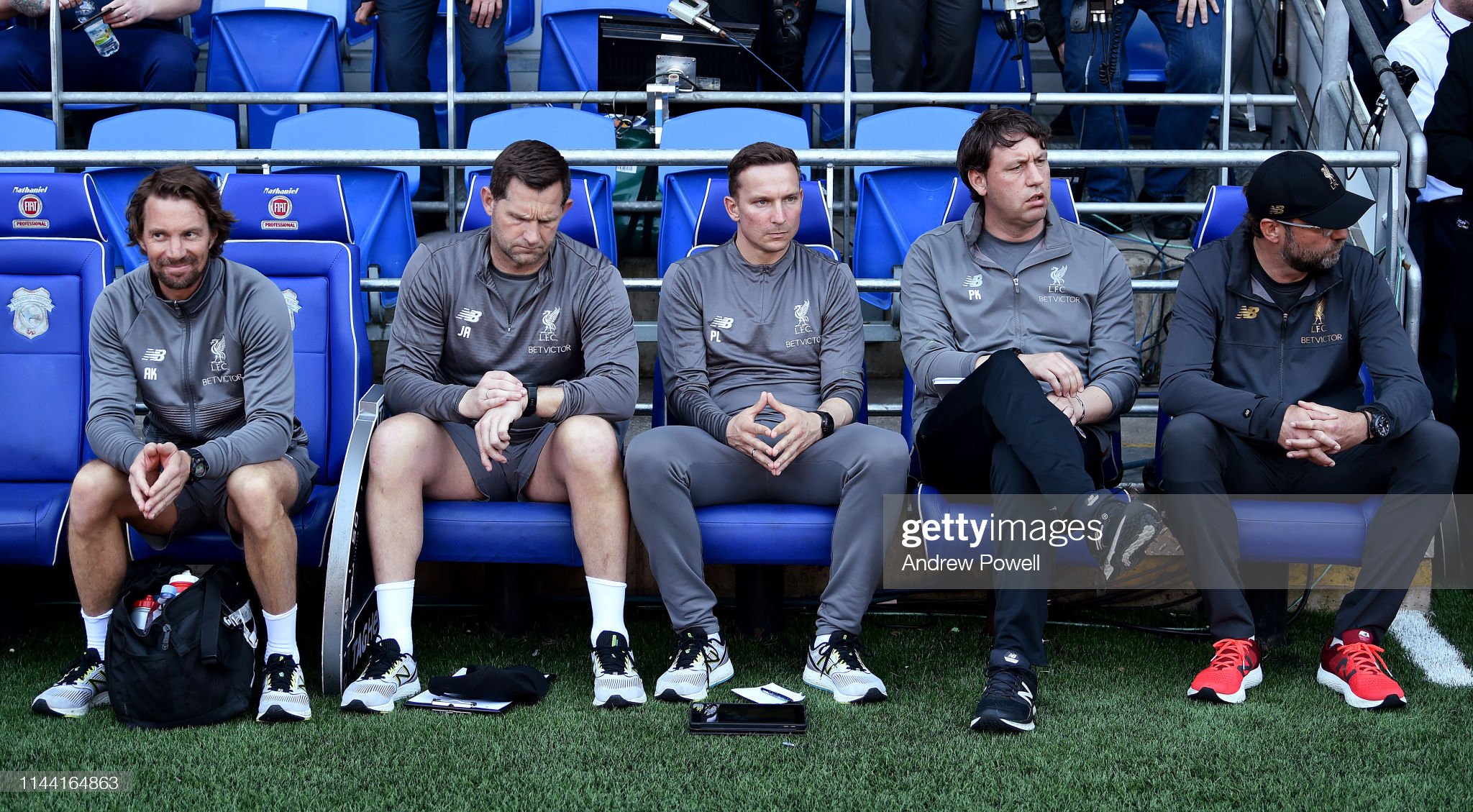 While it’s of vital importance that the Reds secure all 3 points on Friday to keep their title dream alive, they too have other commitments to worry about. Being in the semi-finals of the Champions League, they have to deal with Barcelona in the midweek. As a result, fatigue is a main concern and Klopp would not want to risk burning out his key players.

When quizzed by Jamie Carragher on Sky Sports if there’s a need to utilise the squad depth come Friday, the gaffer replied: “We have to, that’s what we’ve always been trying to do. It’s just that now we don’t have to think about it. Sunday, Friday (referring to the Cardiff and Huddersfield games), but then the week after that is of course Wednesday, Saturday (referring to the Barcelona and Newcastle games).” He further adds that while he’s committed to each immediate game, there’s still a need for game management.

Having all but sealed their domestic championship, Liverpool are expected to face a strong and fresh Barcelona side. To match the Catalans, Klopp will need his stars fit and ready to go as well. This might mean a few squad players taking to the field against Huddersfield to give the first team players some much needed rest. Players like Origi, Shaqiri, and Gomez could find themselves in contention, and together they should be able to see off the troubled visitors. Still, there can’t be any complacency on the Reds’ part, especially at this critical juncture. 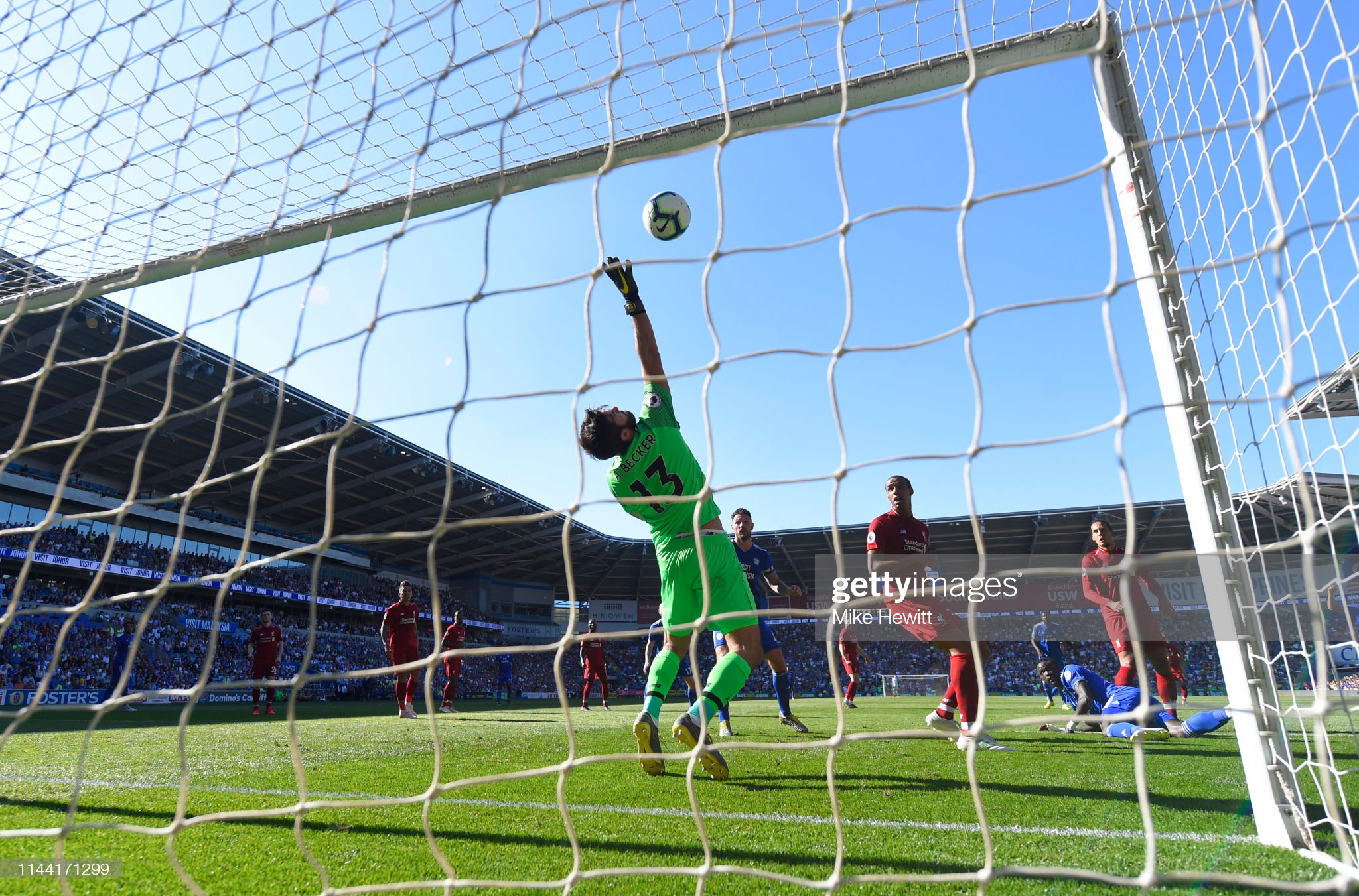 Although Cardiff City never truly threatened the Reds’s goal, they still had the odd attempt on target. One of those was a result of a half-cleared Cardiff corner, giving Oumar Niasse a sight on goal. With the score tied at 0-0 at that point in time, a Cardiff goal would be disastrous for Liverpool. Thankfully, they’ve had their Brazilian keeper to thank for, where his lightning quick reflexes allowed him to palm the ball safely over the bar.

That save meant that Alisson was able to keep his 19th clean sheet of the season, leaving him in pole position to claim the Golden Glove. It also mean that he’s just one short of Pepe Reina’s record of 20 clean sheets in a single campaign. With 3 more league games left to play, Liverpool’s No. 13 will fancy himself to surpass his predecessor.

Fortunately for Alisson, Friday’s opponents happen to be the league’s most goal-shy side. Conceding 69 goals in 35 games as compared to the paltry 20 goals they’ve scored, their attack simply couldn’t offset their defence.  Combine that with Liverpool’s resolute defence – they’ve only conceded 20 goals all season – and the odds are that it’ll be another clean sheet for Liverpool. Even in the unlikely scenario that the Terriers score, it’ll probably be a mere consolation goal as seen in their last 3 league games. Something tells me though that our goalie will be having none of that, as he seeks that all important 2oth shut-out. 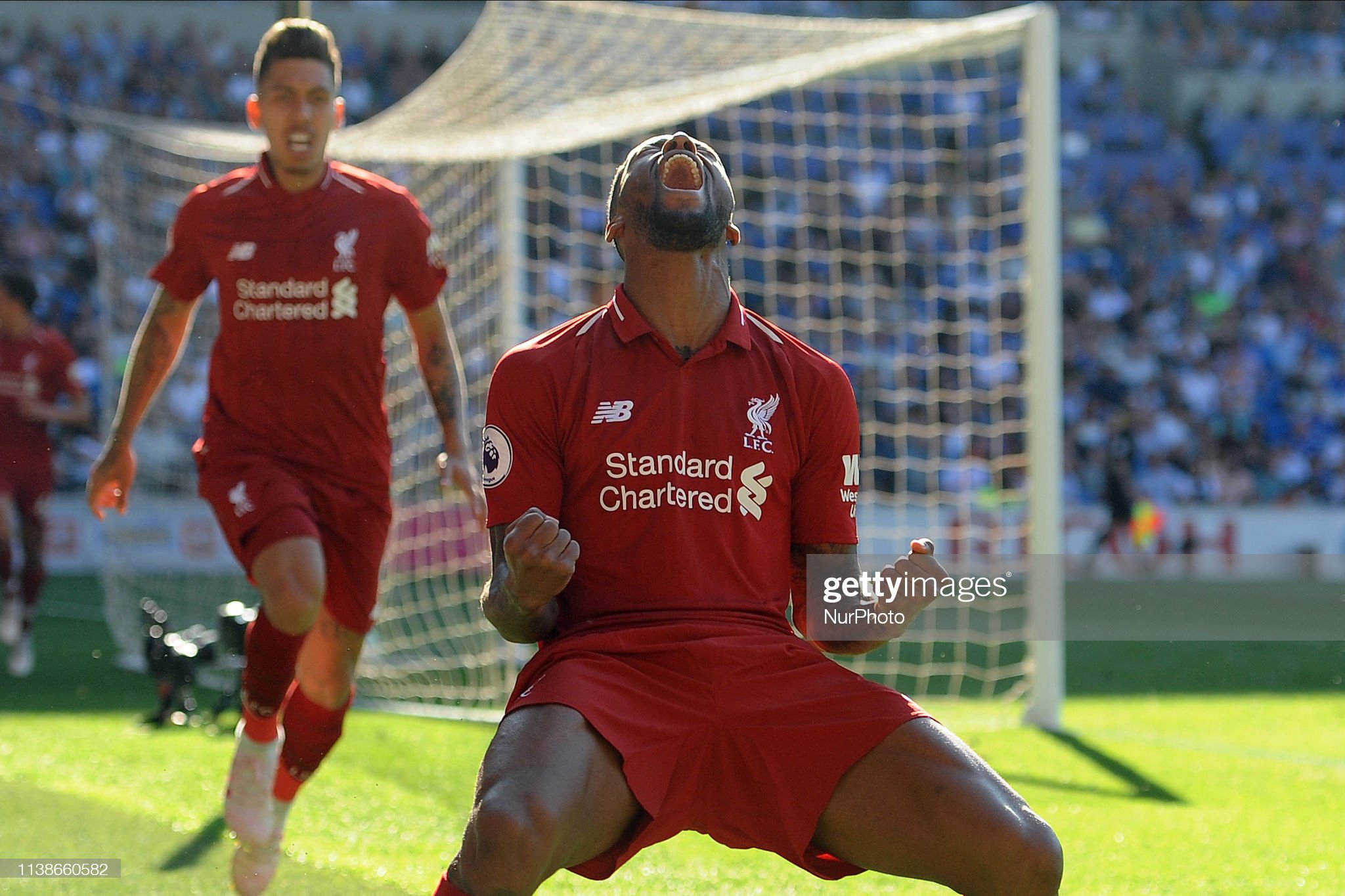 One of Liverpool’s best performing player for the majority of the campaign, Wijnaldum spent the earlier parts of April looking on from the bench. It wasn’t a slight against the Reds No. 5, but rather due to Keita’s form coinciding with Henderson’s reshuffled role as a No. 8. As many remembered, the captain replaced the unusually quiet Wijnaldum in the Southampton game and inspired the team to victory. He subsequently kept his place in the side, and he vindicated that decision by providing 3 assists and a goal in his last 5 games.

With the skipper in such imperious form, Wijnaldum had no choice but to sit out of the 1st leg quarter-final tie with Porto and the league clash with Chelsea. But given the amount of games Liverpool have to play, Klopp sensibly rotated his side for the return trip to Lisbon. Wijnaldum started that game, playing the full 90 minutes to help his side clinch a 4-1 victory on the night.

In light of his solid, if not unspectacular performance, away to Porto, the gaffer named the Dutchman for the second successive match alongside Henderson and Keita. Given that it’s been awhile since Wijnaldum had played as a No. 6, Kopites were worried that Henderson would be the midfield pivot. As it turned out, the skipper retained his box-to-box role, while Wijnaldum anchored the midfield. However, it was the latter rather than the former that stole the show on this occasion.

Approaching the 57th minute mark and the score still poised at 0-0, Liverpool were awarded a corner kick. Trent was up for it but instead of sending it high and curling into the opposition box, the youngster decided to execute a training ground set-piece routine. Wijnaldum, who was largely unmarked in the first half and had asked for low balls to be delivered in the second, was quick to profit and slammed home the ball at close range. With tension building up till that moment, the travelling fans erupted in joy as their No. 5 celebrated the goal wildly with his teammates.

Apart from the all important opening goal, the 28 year old protected his backline well, completing 2 out of 2 attempted tackles and a further 2 interceptions. With another solid performance under his belt, there’s a shout for him to continue as the defensive midfielder against Huddersfield, especially since Fabinho’s early exit from the game due to an apparent concussion. Though both Klopp and Fabinho have came out to say that the latter is fine, the German might want to give his Brazilian enforcer additional rest. With a titanic clash against their Catalan opponents in the near future, Klopp can ill-afford his star player to be injured, hence leaving the door open for a Wijnaldum start.