Securing a professional 2-0 victory at home to Porto on Tuesday, the Reds will now have to return to the pressure cooker of the title race. Long time foes Chelsea will be the opponents, and they remained Liverpool’s strongest opponent in the title run in. Both teams desperately need a victory, be it for the title or to secure a top 4 finish.

Ahead of the gargantuan clash between the two rivals, here’s the preview for Sunday’s game at Anfield.

Echoes From The Past 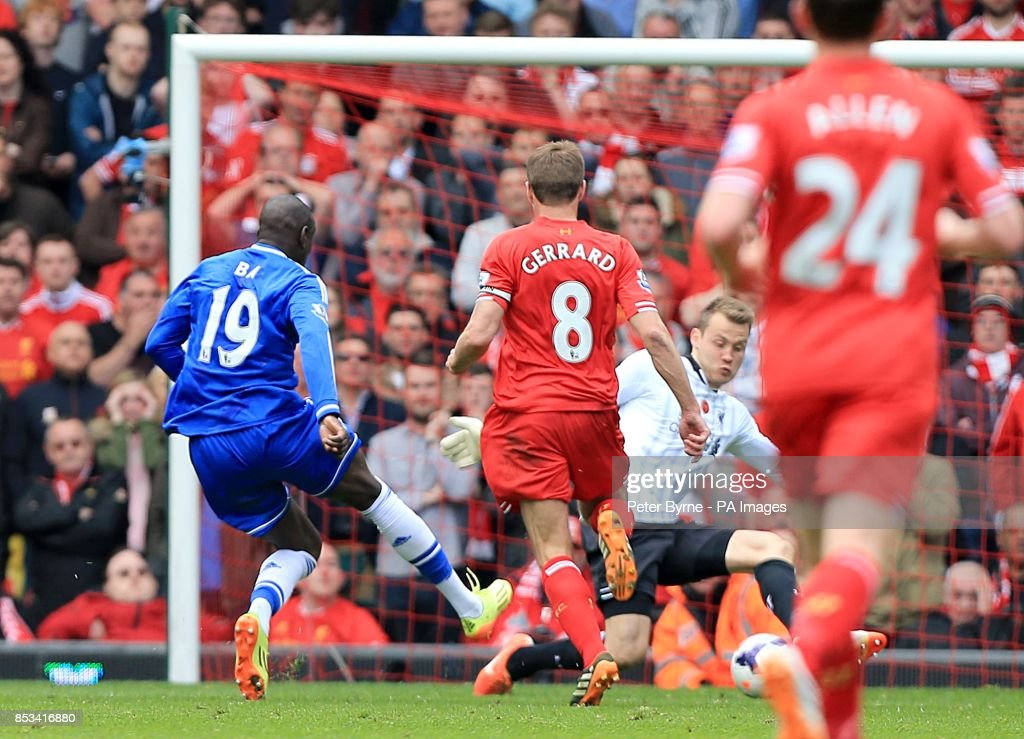 Anyone who’s been with the club for the past couple of years will know all too well how our last title charge ended. The season was 2013/14, with the Merseyside team in pole position to land the title and end nearly 25 years of pain. Every Kopite was left dreaming, particular after a stunning late grasp victory over nearest challengers Manchester City. Then, the Holy Grail seemed destined to arrive at Anfield.

Alas, that dream was not to be. Like so many times before, Mourinho and Chelsea were the villians. Attacking from the off, Liverpool had a mountain to climb after Steven Gerrard’s infamous slip. And despite hammering against Chelsea’s bus all game long, the Reds will eventually succumb to a 2-0 defeat after Willian made sure the result was out of Liverpool’s hands. That, along with the infamous Crystanbul that followed, well and truly ended Liverpool’s title quest.

Fast forward 5 years and the Reds now find themselves in a similar position. During this crunch period, Chelsea will again be Liverpool’s biggest remaining test on paper. They too will come to Anfield as the underdogs, much like how many perceived Mourinho’s side then. The only major difference now is that the Reds’ title destiny is out of their hands. That means they simply have to win this game, rather than go for a draw which would’ve been enough all those years ago.

If this Liverpool side have anything to learn from this particular history lesson, it’ll be that over-eagerness will be the death of them. Both goals were a result of the team being caught out, and Klopp must be wary of flooding men forward. Winless in their last 8 home meetings with the Blues, drawing 5 and losing 3, the gaffer must find a way to do what many previous Liverpool teams couldn’t. With many fans still hurting from that capitulation, they’ll be desperately hoping that this team can do one better than their predecessors.

Following his match winning cameo against Southampton, Henderson was rewarded with a start against Porto. Again deployed as a box-to-box midfielder, the captain ran the show in the middle. Winning 2 out of 4 attempted tackles and making 2 interceptions, Henderson provided much needed solidarity for the midfield. He too was a creative presence, making 3 key passes including that glorious through ball for Trent in the buildup to Firmino’s goal. Add in his deep runs and he proved to be one of Liverpool’s best midfielders on the night.

Speaking to the media after the game, the boss was full of praise for his captain, saying: “Hendo is a brilliant player and I am really happy that he can show that, that he can show it again. He obviously likes the position and so it was my fault that for one-and-a-half years he was in position No.6… sorry for that!” He went on to praise his involvement for Liverpool’s second by saying: “The second goal was brilliant and he had the cross for Sadio’s goal as well, and if it was an inch offside it was still a brilliant cross. Brilliant play and I liked it.”

Henderson has since revealed after the game that he’d a conversation with the manager regarding his role in midfield. On putting the team’s needs first, he said: “It’s all about putting the team first, I know that, but at the same time I want to contribute as much as I can. I feel as though I can do that more in a position further forward.”

He went on by saying: “In the last couple of years there hasn’t really been a player like Fabinho in that role, so I’ve had to adapt to that role. I think I’ve done quite well. I think if you look at Fab, it’s quite natural to him, that’s his position and he’s so good at what you need to do in that position. I just thought that might give me a bit more license to get forward more. The manager wants me in both positions, which is good for me and for the team.”

Now that Klopp has shown the willingness to play Liverpool’s No. 14 in a more advance role, fans can look forward to seeing the captain making more of those lung-bursting runs. Incidentally, the last time Henderson played such a role with regularity was during the 2013/14 season under Brendan Rodgers. Many had argued then that his red card against Manchester City and subsequent absence against Chelsea was the turning point of the title race. Being the last survivor from the previous title charge along with Mignolet, Henderson will have the chance on Sunday to prove that he can be a major contributor in Liverpool’s title quest. 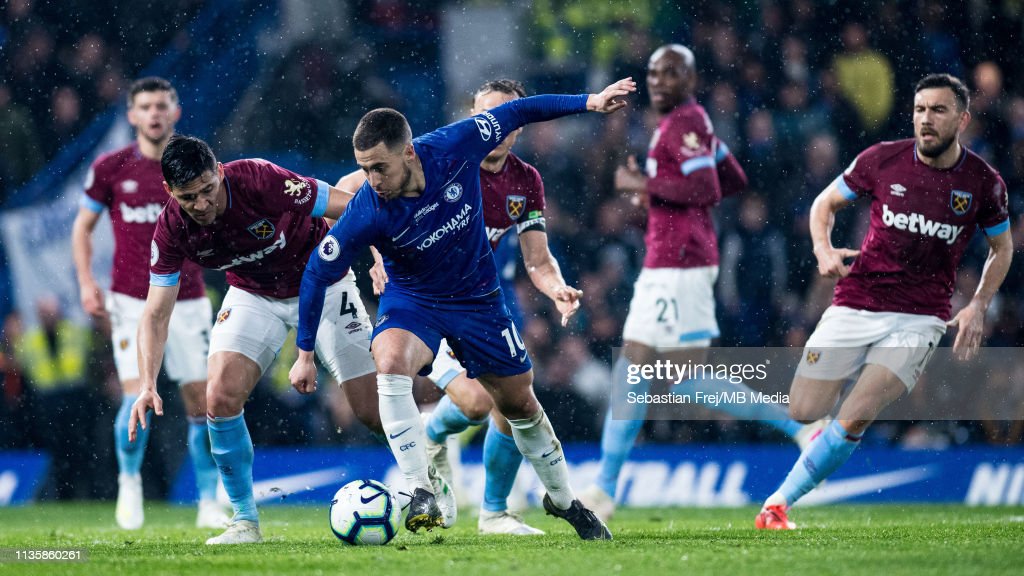 A Premier League veteran, Eden Hazard is a player the Reds know all too well from their many encounters with him. As if those past lessons weren’t enough, the Belgian sent a timely reminder with his masterful performance on Monday. His brace, including an incredible solo run that saw him waltz past the entire West Ham defence, was enough for Chelsea to secure a 2-0 victory. Those 2 strikes also made him the league’s most influential goal-maker this season. His 28 goal involvements is 2 more than Sergio Aguero, and 3 more than Mohamed Salah.

Looking at his stats against the Hammers, Liverpool will need to be at their utmost best to contain him. His penchant for dribbling and cutting in from the left was on full display at Stamford Bridge, completing a whopping 8 out of his 13 attempted dribbles. That left the West Ham defenders no choice but to resort to roughhouse methods, which saw the 28 year old winning 3 fouls. With 86 touches, more than any player on the night, Chelsea’s attack will undoubtedly revolve around their No. 10. Making a 30 minute cameo in Chelsea’s Europa League clash against Slavia Praha, a refreshed Hazard will be looking to add to his 2 goals that he scored against the Reds earlier in the season.

As if Hazard wasn’t enough, Liverpool will have to deal with another threat on the right side of their defence. Having been used sparingly by Sarri all season, Callum Hudson-Odoi was given his full Premier League debut on Monday. Impressive in his cameos for the Blues, the 18 year old didn’t disappoint as a starter. He too proved a handful for the Hammers, completing 5 of his 9 attempted dribbles. While he didn’t make the matchday squad for Chelsea on Thursday night, he’s likely to start on Sunday. Fully rested and a much more dynamic player than either Pedro or Willian, it’ll be odd of Sarri to not field the youngster at Anfield.

With dribbling merchants on either flanks, Trent and Robertson will be expected to have a busy game. Apart from charging down the wings to support the attack, they’ll have to be wary of the spaces vacated behind them. Considering that Ruben Loftus-Cheek also completed 5 out of 9 attempted dribbles, the Reds will need to close down any available space. Leaving gaps will be asking for trouble, as any of the trio driving deep into Liverpool’s defence could easily result in a goal. For that reason alone, Kopites should be looking forward to an impressive geggenpressing display from their team, one that has been a rarity this season.