Undone by the brilliance of Lionel Messi, Liverpool have a mountain to climb in the 2nd leg of the semi-finals. Against one of the best teams in the world, the Reds will have to be at their 110% to stand a chance of progressing. Trying to overturn a 3-0 deficit is undoubtedly hard, but if there’s one team that’s able to do it it’s Liverpool.

With the Merseysiders hoping to call on the might of Anfield, here’s the preview for Wednesday’s crucial game. 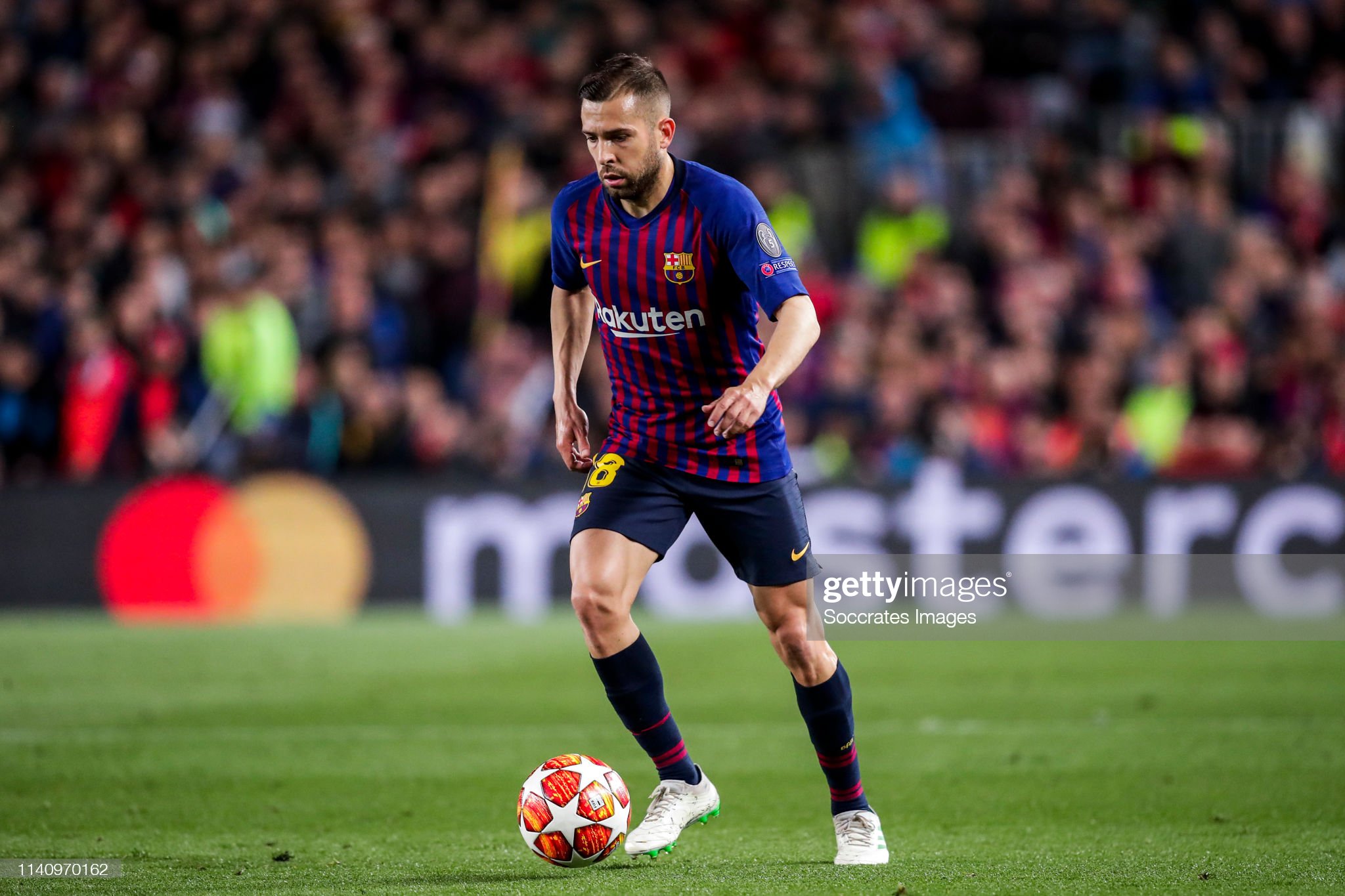 In the buildup to the two sides first meeting, most of the talk was surrounding Messi. It’s little surprise given that the Argentine is the best player in the world, with many teams trying and failing to stop him. But while it was his goals that gave Barcelona the upper hand, it’s the action on the other flank that gave Liverpool plenty of problems.

A constant torment down Liverpool’s right, Jordi Alba spent the majority of his time in the Red’s half as seen above. Like Robertson is for Liverpool, the Spaniard is a bundle of energy for Barcelona. But unlike his counterpart, Alba is as adapt to playing infield as to playing wide. Given that Liverpool was more focused on their left due to the threat posed by Messi, Barcelona’s No. 18 was able to create an overload on the Reds’ right flank time and again.

Going forward, Barcelona morphs from a 4-4-2 shape into a 4-3-3 with Coutinho as the left winger. In the above picture, the Catalans have just switched play from right to left. Seeing that Messi is occupying a central position, Liverpool have 3 players surrounding him. This means Gomez is left 1v1 with Coutinho, with no Liverpool players in a position to support him.

Alba, seeing the space vacated by Liverpool’s midfielders, chooses to come infield. With Coutinho staying wide, Gomez now have to deal with 2 Barcelona attackers. Seeing that his colleague is in a disadvantageous position, Henderson attempts to close down Alba. But given the amount of ground needed to cover, he’s never going to reach there in time. Spotting Suarez making the run and van Djik helplessly out of position, he makes the through pass. One toe poke later and it’s 1-0 to the home team.

Just mere minutes later, another chance came from Barcelona’s left. Again, it’s the result of another switch and Liverpool being drawn towards Messi. With the whole backline skewered to the right where Messi currently has the ball, it leaves the left flank completely open. Spotting Alba, who isn’t even in the picture here, making the run, Messi crosses to the left.

Having 7 defenders back against Barcelona’s 3 attackers, Liverpool should’ve comfortably dealt with this particular attack. The switch however bypasses the entire Liverpool defence. Alba now has the luxury to pick his pass, with no Liverpool player remotely close to him. Seeing that Suarez is played onside by van Djik, he chooses to feed Suarez the ball.

Taking advantage of Liverpool’s disjointed defence, Alba continues his run into the Liverpool box like any true winger would do. Henderson, Salah, and Gomez are all fixated on Suarez and fails to pick up on Alba’s run. Seeing his colleague running in behind Gomez, Suarez opts for the return ball. This leads to another chance for the Catalans, and only Fabinho’s well-timed block denies Messi from doubling Barcelona’s lead.

In both instances, Alba shows that he’s equally effective as a wide man and as a midfielder. If there’s anything Liverpool could learn from the 1st leg is that they should pay more attention to Alba. That’s not saying Klopp hadn’t already know that, given that he fielded the more conservative Gomez from the start, but he probably didn’t envisioned the level of influence the Spaniard will have.

Perhaps a change in formation is the answer, and Klopp seems to be hinting at that with his switch to a 4-2-3-1 formation in the latter stages of the game. Theoretically, this means more bodies in midfield to cover space, and therefore better able to support the right-back. Until then, we’ll be left second guessing the gaffer’s plan to nullify the threat from Barcelona’s left. 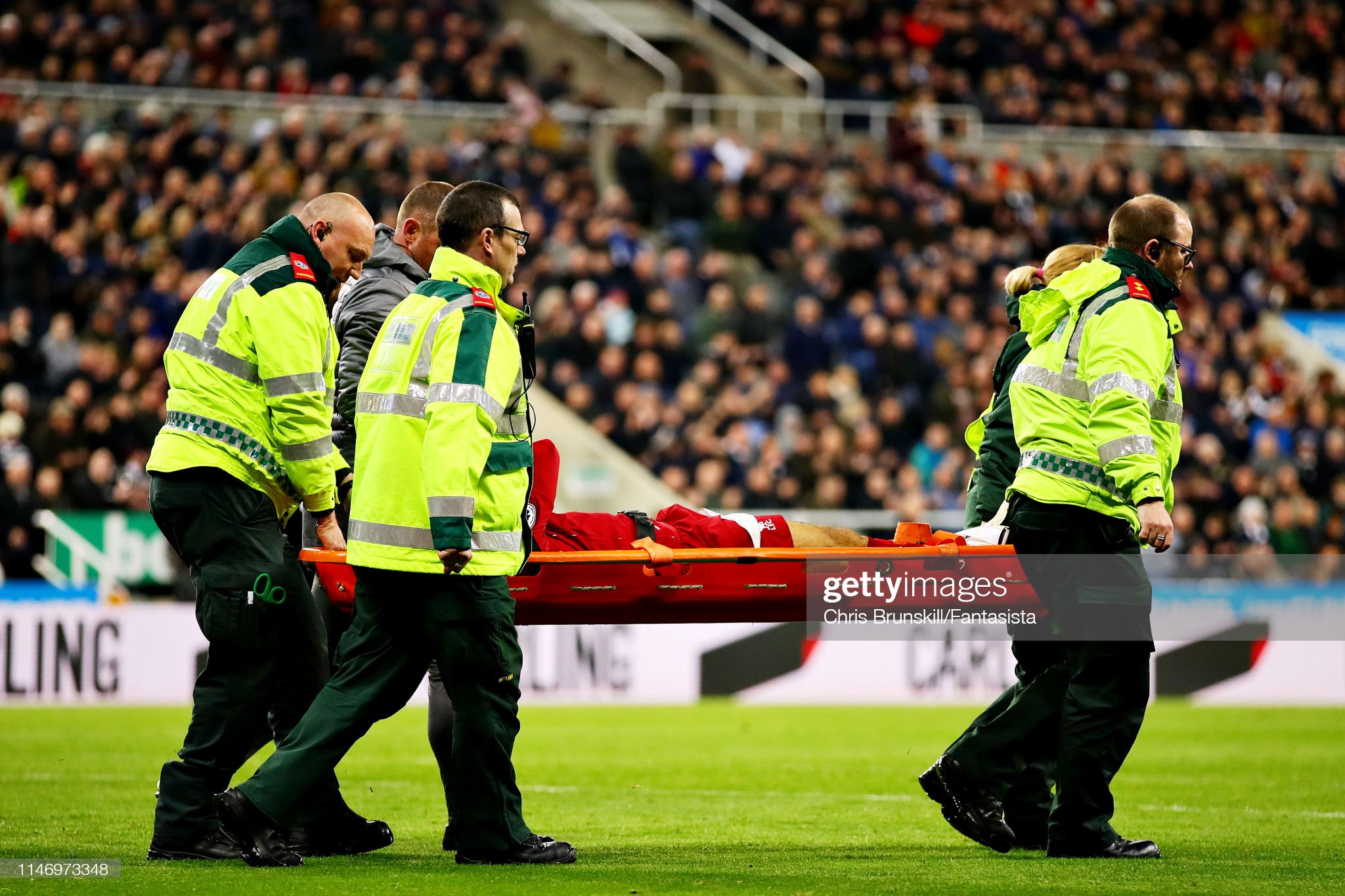 In the first leg, Liverpool were only able to call upon the services of Roberto Firmino from the bench after sustaining a muscular injury in training. However, the Brazilian was a no-show for Liverpool’s 3-2 win over Newcastle which hinted that the muscular injury may be more serious than thought. Klopp than confirmed every fan’s worst fear by stating that his No. 9 will play no part in the second leg.

As if it couldn’t get any worse, another of the Reds’ star forward got injured during the game at St. James’ Park. Colliding with Toons’ goalkeeper Martin Dubravka while contesting for a high ball, Salah lay prone on the turf for an extended period of time. He was eventually stretchered off, with the medical staff taking no risk for a potential head injury.

Speaking post-match, the gaffer said said: “What I heard, he got the hip of the goalie on his head. He was then on the ground and the doc had to make a decision ‘on the pitch or off the pitch’, and the decision was off the pitch. We accept that of course. When he came in he was sitting in the dressing room watching the game on television. So he was then fine, but of course we have to wait. He got a proper knock, obviously, in that situation.”

Though it hints that Salah could be fit in time for Tuesday’s game, there remains a very real possibility that Liverpool will be without two of their feared attacking trio. This is a huge blow for Klopp, especially given the need for goals if Liverpool are to stand a chance of progression. But who can the gaffer turn to with his star forwards ruled out for the game?

One option, that was touched on briefly in the above chapter, is to play the 4-2-3-1. In this set-up, Klopp can field his one remaining star forward Sadio Mane as the lone striker. Origi, fresh from his match winning goal against the Magpies, could possibly line up as wide left forward. Shaqiri, who’s seen more action lately, can return as the free-roaming No.10 behind Mane. On the right, Liverpool can either field the versatile Wijnaldum, or the fit again Oxlade-Chamberlain who’s had experience playing that role for Arsenal.

While admittedly it’s not the ideal scenario, Klopp will just have to make do with the situation at hand. But having watch from the sidelines for much of the season, it represents an opportunity for Liverpool’s squad players to be the heroes this time round. It’s going to be a big ask, but with the right team spirit and the correct tactics, there’s a chance that these bunch could pull it off. 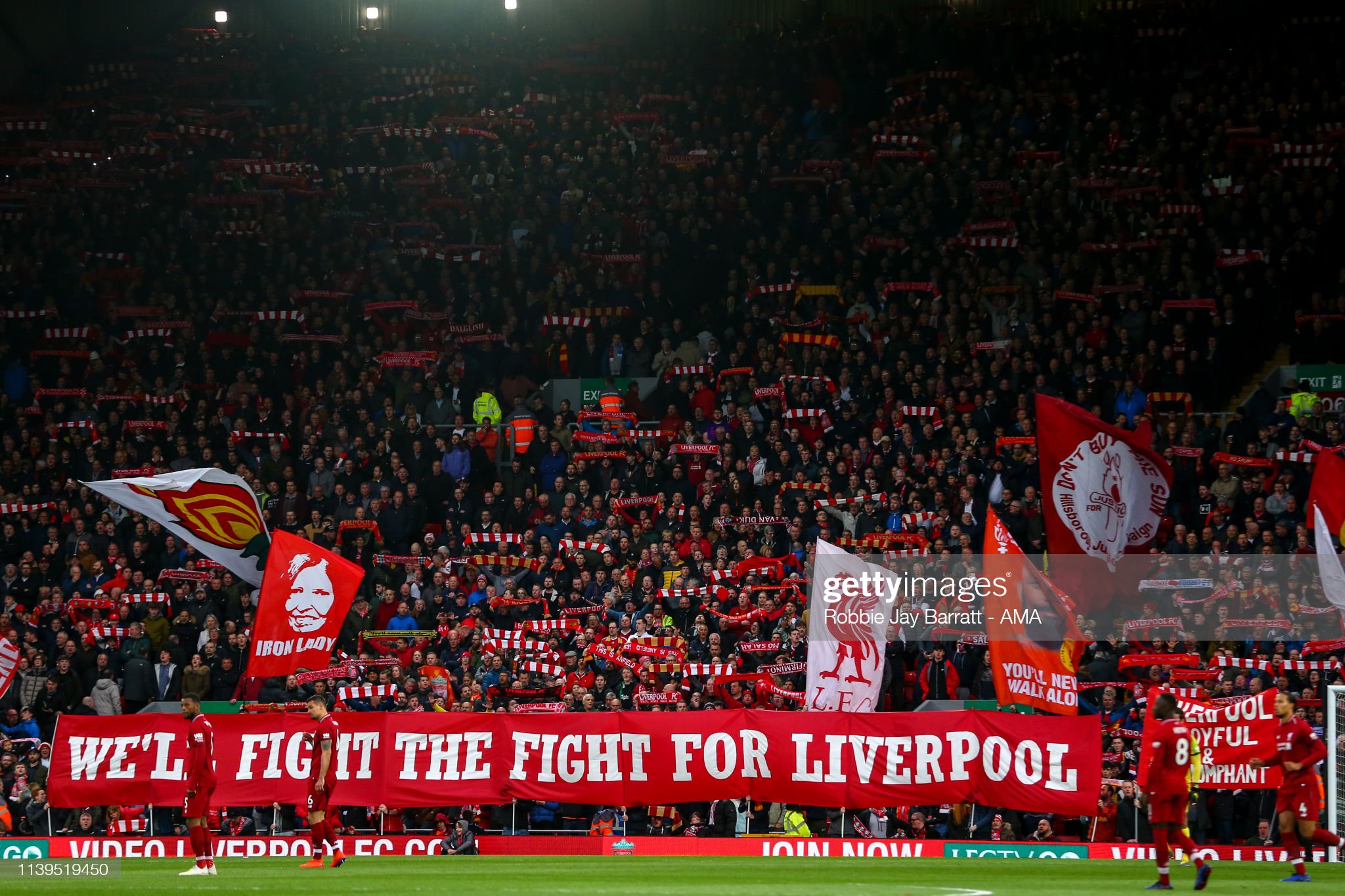 Heading back to Merseyside with zero goals to show for their efforts, it’s easy for the team to feel demoralised. The easy way out would’ve been to give up the second leg entirely and focus on the final league game of the season. But being Liverpool FC, giving up is never the option.

Down by 3 goals, the Reds have nothing to lose except for pride. It’s never in the club ethos to walk away from a situation, no matter how desperate it seems. We’ve seen it countless times over the course of history, and more recently during this title race. Whenever we look like we’re about to drop precious points, someone will pop up with the crucial winner. This side just doesn’t know when it’s over.

As Virgil van Djik puts it, “we believe and we keep believing”. And that’s the key if Liverpool are to overcome the impossible when the mighty Catalans come strolling into town. Drawing inspiration from their 2nd half showing at Camp Nou, where they dominated proceedings before the first of Messi’s goals, they know full well Barcelona aren’t invulnerable. And with better finishing, they can strike exactly where it hurts.

Furthermore, Anfield have witness some famous comebacks over the years. Gerrard did it for his beloved club against Olympiakos. Garcia “scored” against Chelsea in the same campaign. More recently, maligned defender Lovren completed the comeback against Borrusia Dortmund in the Europa League. On Tuesday night, perhaps one of the current players will take their place among these names in Liverpool’s folklore.

It’s one hell of a job, but never count these remarkable group out. Ever.