After 37 grueling game weeks, we’ve finally arrived at the last league fixture of the season. The Reds previous 3-2 victory against Newcastle means that the fate of the league title is very much up in the air. Playing at the same time as rivals Manchester City, the Merseysiders know that they’ve to be in a position to capitalise on any slip-up. Wolves however will not simply roll over, and Liverpool know they’ll be made to work for those 3 points.

On an afternoon where emotions and passion will be at it’s highest, we preview the penultimate game of the campaign.

Danger On The Break 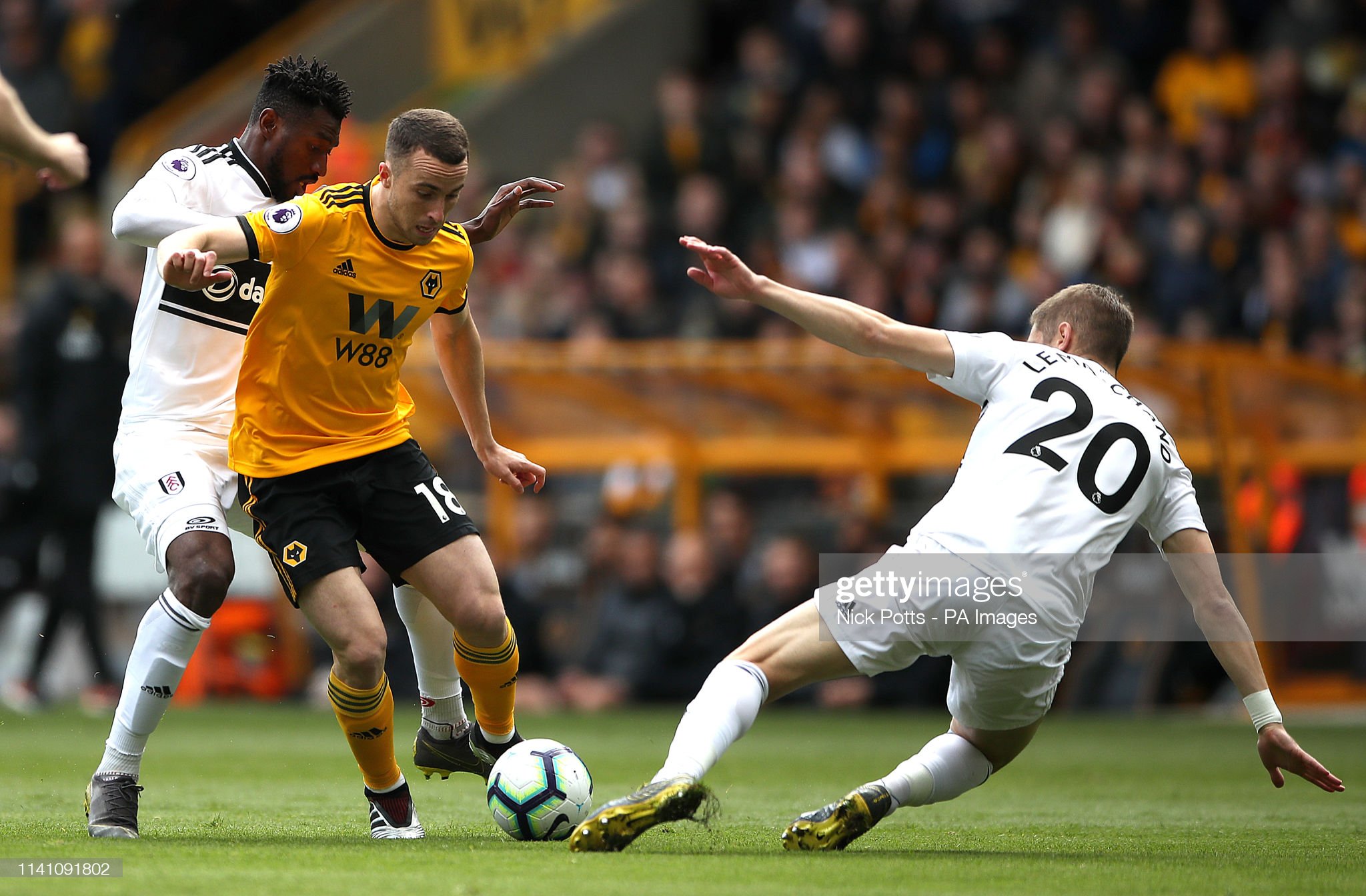 Liverpool are one of the best counter attacking units in Europe. That’s little wonder given the number of years Klopp has to hone his men into executing his geggenpressing philosophy. But while they’re used to being the ones dishing out the pain on the break, Sunday’s opponents are equally adept at doing it. Scoring 5 goals from counter attacking situations, just 1 shy of the the Reds, Wolves can spring from defence to attack in the blink of an eye.

Not convinced? Let their 2-1 victory against Manchester United in the FA Cup be a lesson. Early into the game, Wolves already have a decent chance courtesy of a counter-attacking move. Seizing upon Fred’s miscontrolled ball, Jimenez plays the ball back to Neves before sprinting upfield. Jota moves out wide, anticipating the ball to be played towards him.

As expected, Jota receives the ball from Neves and sprints forward. United are caught totally out shape, and are never going to reach Wolves’ No. 18. With Jimenez sprinting down the centre, United now find themselves in a 3v2 situation with either opposition player capable of attacking them. Seeing the ample amount of space in front of him and Lindelof way, the forward elects for the shot. Luckily for the Red Devils, Romero is there to bail his team out.

Knowing that their visitors are proficient in these situations, Liverpool could do well with a little bit of caution, especially when committing men forward. After the calamitous defending against Newcastle, Klopp would want an improvement at the back. With Wolves always targeting the flanks (42% of their attacks come from the right), the gaffer could instruct his midfielders to tuck in whenever Liverpool’s fullbacks bombard forward. But with Robertson out with a calf injury, the more conservative James Milner might be a perfect for this game. 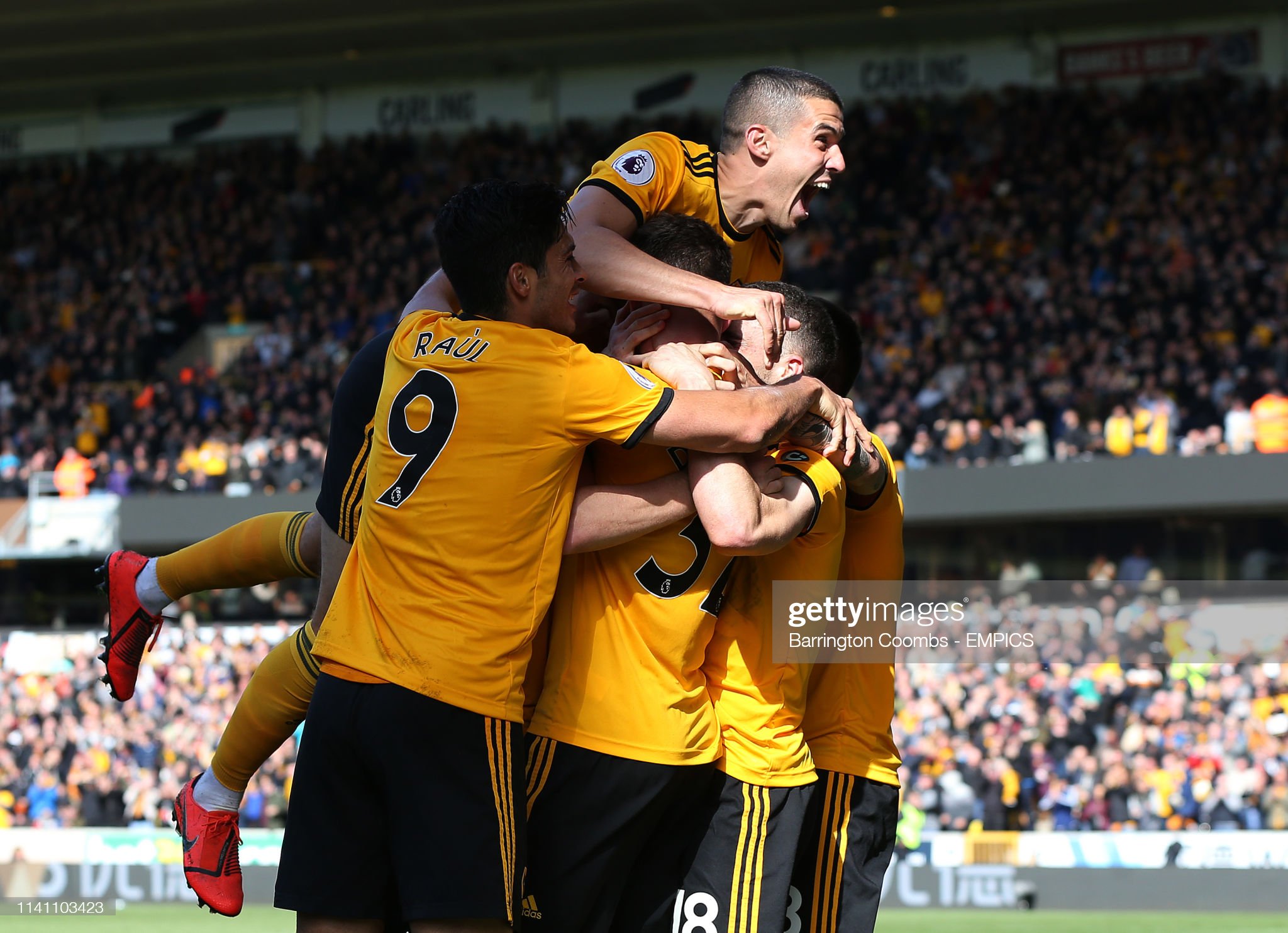 This time last year, the West Midlands club were crowned the Championship winner and have secured their top flight status. But even with a summer of investment, not many have tipped them to finish ahead of established sides like Everton and West Ham. Yet after 37 games, Wolves find themselves in a very promising position of 7th position, just 9 points behind Manchester United in 6th place. Considering the fate of fellow promoters Fulham, the Wanderers season can be considered a huge success.

Key to their success is their ability to take points off the top sides. In fact they’ve taken points off every top 6 club, less Liverpool, at some point during the course of the season. And that’s not including the fact that they’ve knocked out both Liverpool and Manchester United in the FA Cup. Clearly, this side are more than capable of inflicting damage to the best sides in the division.

Looking to make it 60 points for the season, Wolves will be highly motivated to secure the win against Liverpool. The fact that Liverpool are unbeaten in 38 home games, a run that stretches nearly 2 years, will not faze the visiting team. Against such fearless opponents, Liverpool ought to give them the due respect. For they’re what’s left between the Reds and a potential title. 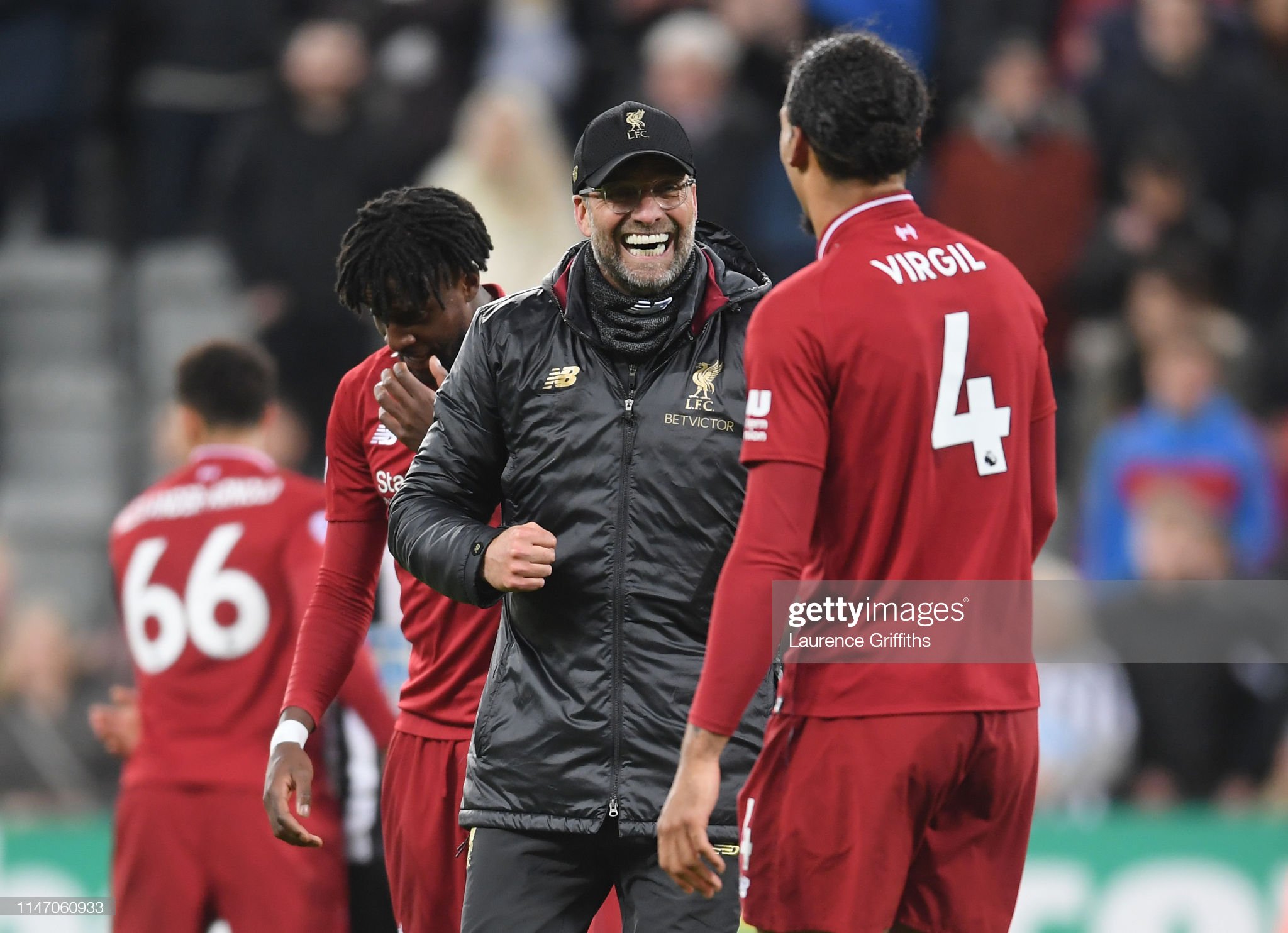 On 94 points, and still a game left to play, this team are statically the greatest Liverpool side of all time. If they win their last remaining game, they would’ve won the league in 35 of the last 37 campaigns, and only one of those was a 38-game season. That season in question would be Manchester City’s record breaking season in 2017/18, where they ran away with the title with a cool 100 points.

Even after a summer of heavy recruitment, many questioned if Liverpool could really challenge for the title. After all, they finished a distant 25 points behind the Citizens. However, the Reds have proved the naysayers wrong at every turn, winning point after point, game after game. They’ve shown remarkable resilience, always managing to find a past their opponents just when it seemed that all is lost.

There’s a small hitch though, and that is they’re are up against one of the best ever English team in history. Following their historic win, the Manchester side have mounted a strong title defence this campaign. In fact since their 2-1 defeat to Newcastle in late January, they’ve gone on a ridiculous 13 game winning streak in the league. And if they come up tops against Brighton on the final day, that 14 game winning run will undoubtedly win them the championship.

Considering what their up against and the fact they’ve made this title challenge much closer than it should’ve been, credit must be given to this Liverpool team. Even Pep has admitted that his opponents are one of the “best two sides I’ve faced as a manager” alongside the Barcelona team managed by Luis Enrique. Which is why claims from rival fans that Liverpool “bottled” the league when the were 7 points ahead at one time is perplexing, given the competitive nature of the league.

Going into this final game, every Kopite knows that the fate of the title is out of their grasp. Unless the footballing gods intervene, the elusive Holy Grail will remain in Manchester. It’s a shame really, as such an incredible side deserves to have the league title to be remembered by. But rather than be bitter about it, fans should, in Klopp’s own words, enjoy the ride. There’s really not much to gain if we start pinpointing what went wrong, and that time could be better spent appreciating just how good this side really is.

So win or lose on Sunday, the team of 2018/19 deserves our utmost gratitude and respect. Klopp clearly has a long term goal, and this season’s title challenge is by no means the last. Unlike the pocket rocket team of the 2013/14, this squad is capable of competing among the best for years to come. Whatever happens in the coming days, we’ll walk on with hope in our heart.

Cause we’re Liverpool, and this means more.