Liverpool vs Tottenham: 5 Talking Points As The Reds Lift Their 6th European Cup

“From doubters to believers”

That was Jurgen Klopp’s rallying call when he was announced as the Liverpool manager. And believe they did, as Klopp led his men to clinch the European Cup a little under 4 years later. After the painful memories of finishing second best on no less than 4 separate occasions, Klopp and co finally have a winner’s medal to show for their efforts.

On a night which will live long throughout Liverpool’s storied history, here are 5 main talking points from Liverpool’s victory over Tottenham. 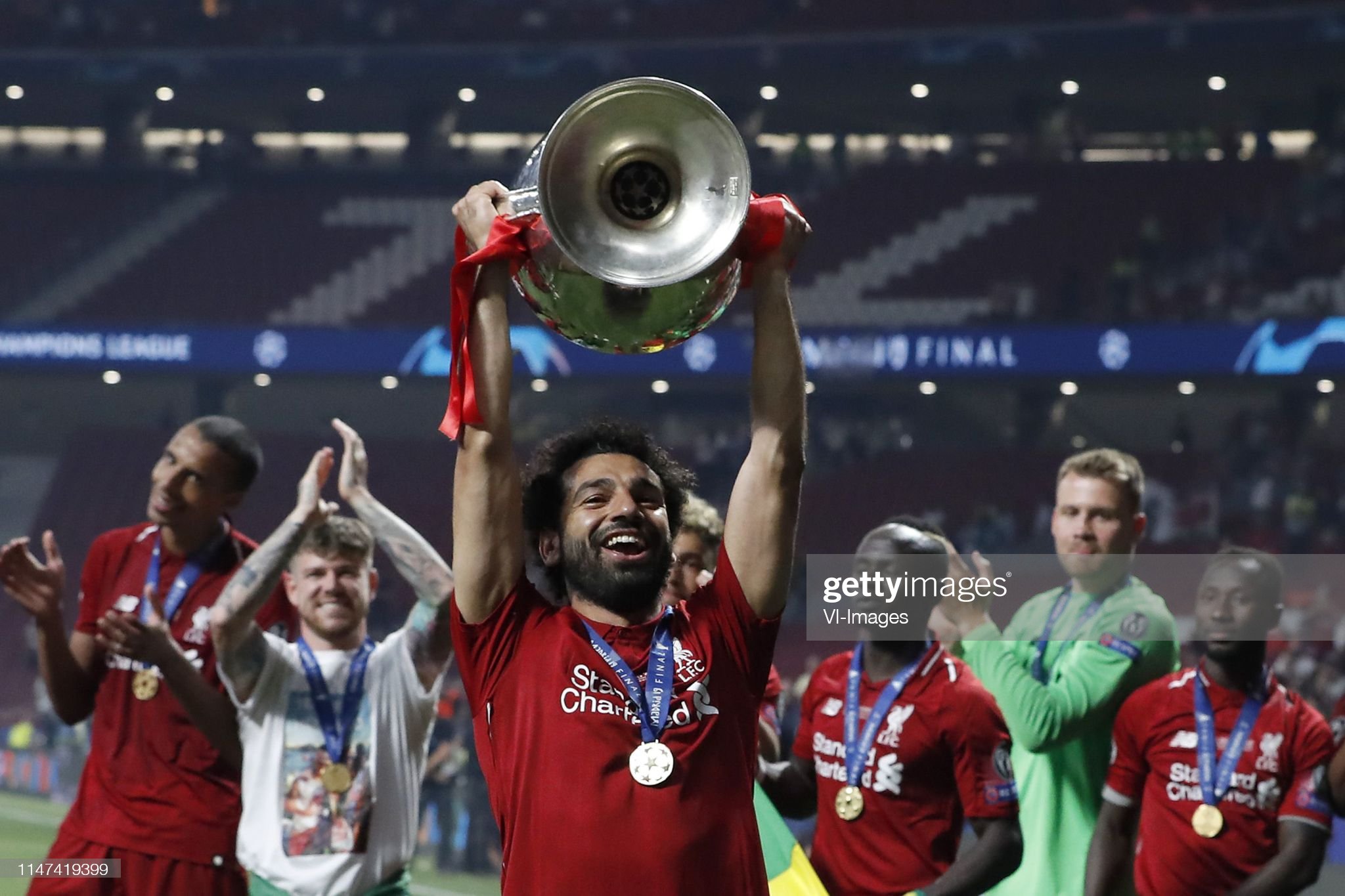 A little over a year ago, Salah was making his first ever Champions League final. Being in irresistible form, Liverpool’s hopes of winning the cup lay upon his shoulders. Except that shoulder was quite literally dislocated by Sergio Ramos following a sinister challenge by the Madrid captain. Unable to carry on due to the pain, Liverpool’s No. 11 left the pitch in tears with Liverpool subsequently struggling in his absence.

That's how you bounce back 👊

Thankfully, Liverpool made it to a second successive Champions League final, giving Salah a chance to banish his nightmares from the previous season. And boy did he do that, smashing home the penalty just 2 minutes into the game to give Liverpool a precious 1-0 lead. That goal, the second fastest Champions League goal after Paolo Maldini, also meant that he became the first Egyptian to score in the finals of the Champions League.

That strike, and Liverpool’s win, obviously meant a lot for Salah. When asked if winning the European Cup was a dream come true, Salah replied: “I have sacrificed a lot in my life for my football career. Being Egyptian and getting to this level in football is something incredible to me.”

He later added: “Everyone is happy. Honestly, I don’t know what to say, but I’m just happy now. To win a final, I’m very glad to play a second final in a row and play 90 minutes, finally.”

Seeing him smile and lift the trophy, one can’t help but feel incredibly happy for Salah. He’s been through so much, and it’s only fitting that he’s crowned a Champions League winner. Injured last year, top of the world the next, it’s a script so crazily romantic that it’s only possible in football. 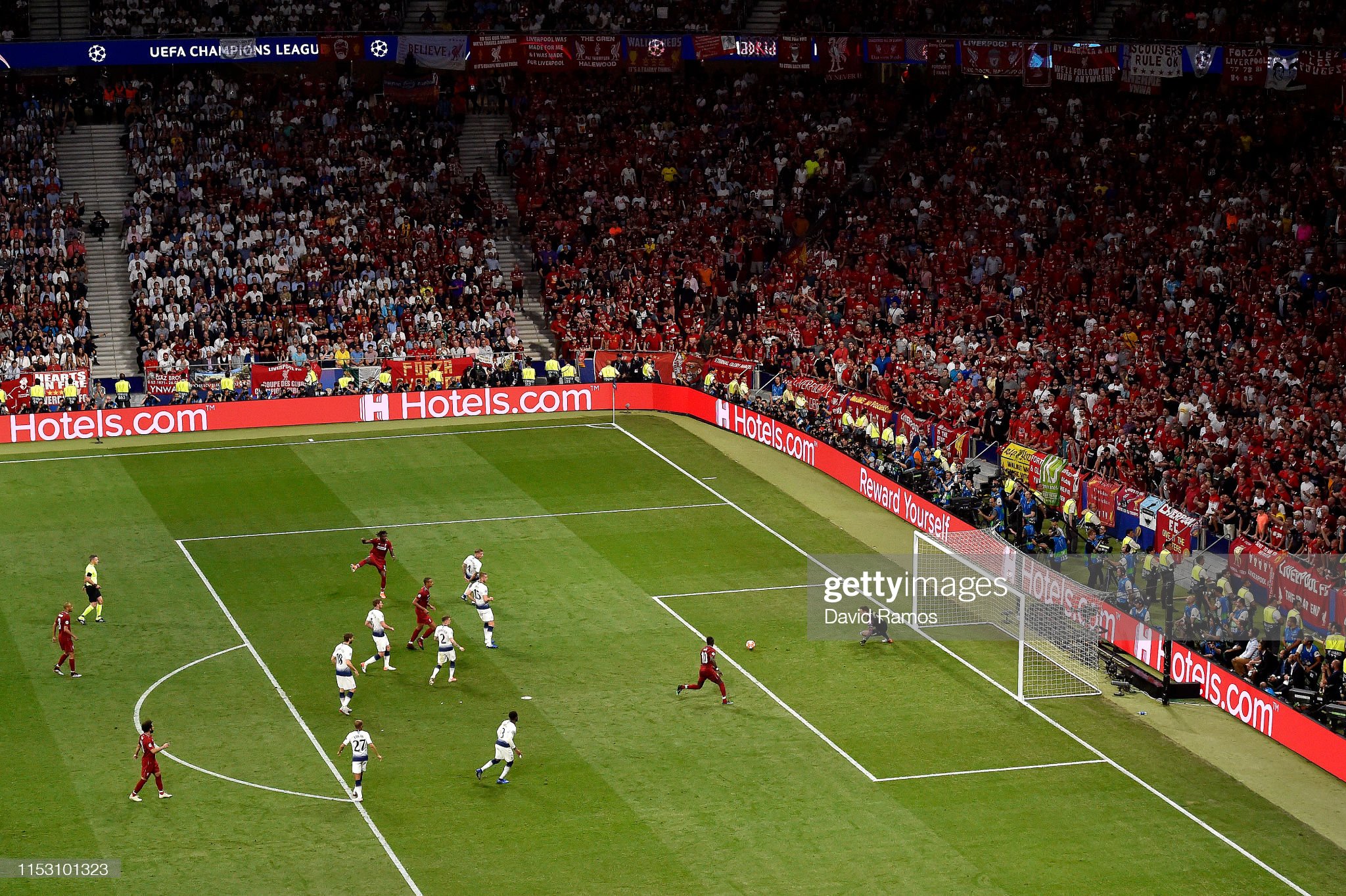 After an uninspiring campaign with Wolfsburg in the Bundesliga, Origi’s Liverpool future was very much up in the air. So much so that Liverpool spent the entire summer advertising him to other clubs, obviously keen to get rid of the Belgian. Even then, no one wanted to buy him and he remained a Red when the transfer window slammed shut.

Having been told straight in the face that he wasn’t wanted at Anfield, it would’ve been easy for the striker to sulk till January in hopes of moving to another club. To his credit, the 24 year old knuckled down, determined to contribute for his team. Even then, he was only afforded scraps by Klopp, appearing as late subs in games that looked like a forgone conclusion.

That changed when he was introduced in the dying embers of the Merseyside derby, netting the all important winner in the 96th minute. A couple of months later, it was followed up by another late winner against Newcastle to keep Liverpool’s title hopes alive. All that paled in comparison to his match-winning heroics against Barcelona, as his brace helped the Merseysiders overturn a 3-0 deficit to book a place in Madrid.

Divock Origi's three goals in the Champions League this season:

With Salah and Firmino back fit, Origi was unsurprisingly relegated to the bench. Not that it mattered though, as he once again made a telling difference on the pitch. On as a substitute for Firmino, the ball fell nicely for him following Milner’s corner. Shifting onto his left foot, he struck the ball low and hard into Loris’ bottom left. The goal broke the hearts of Spurs fans, as it effectively won Liverpool the cup.

Divock Origi must be pinching himself!

Later during the midst of the celebrations, one interviewer exclaimed: “You did it!” To which Origi corrected: “No, we did it.” By putting the team before himself, Origi embodies the selfless spirit of this Liverpool squad. Coupled with his crucial goals, it’s easy to see why he has achieved cult status among the fans. Forget a contract, build this man a statue!

A Tale Of Two Strikers 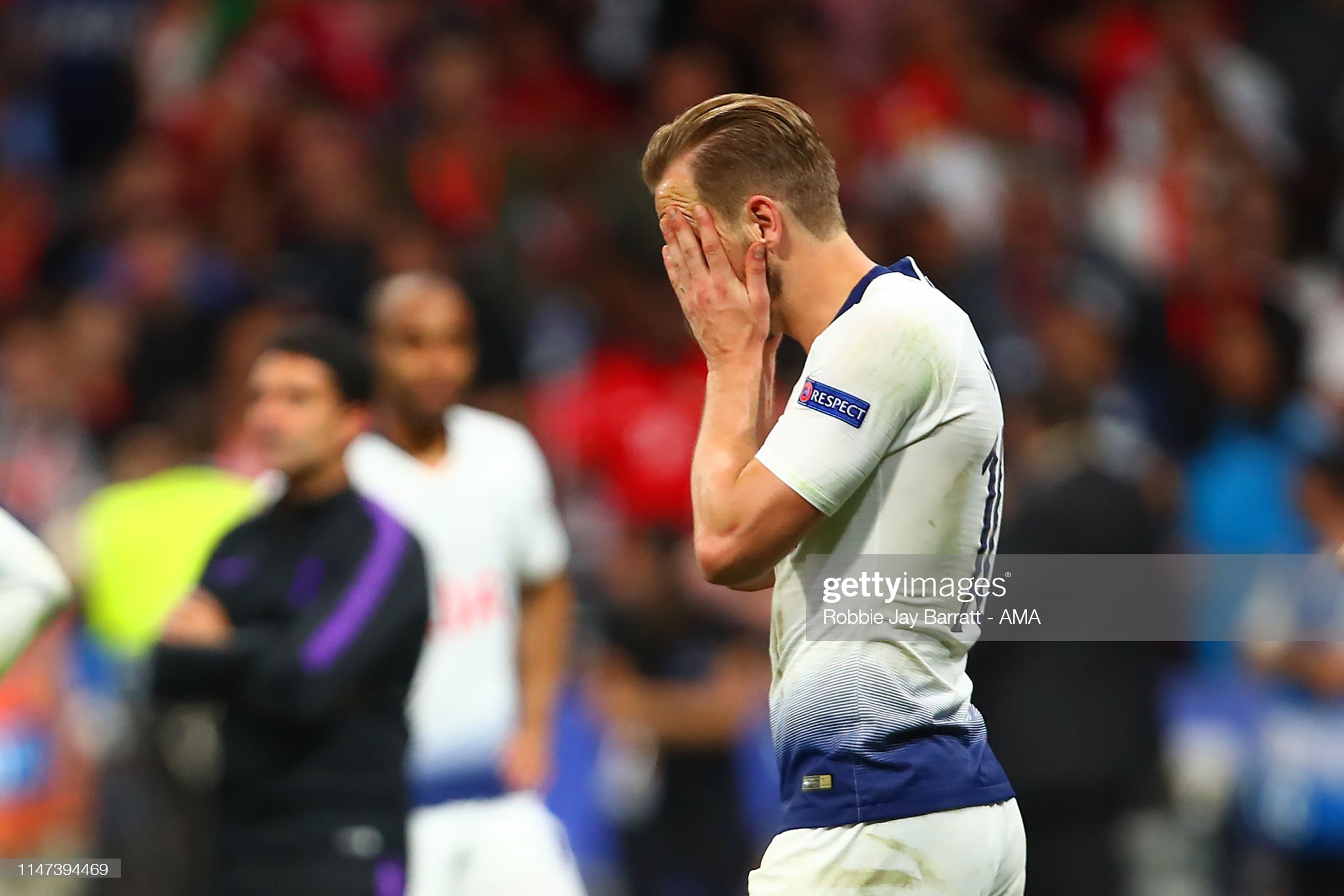 Leading up to the final, there was much talk surrounding both teams’ star strikers. Firmino had missed Liverpool’s last 3 games in all competitions, while Kane was injured during the 1st leg quarter-final clash against Manchester City. Both faced a race against time to be fit for the final, with their respective managers eager to start their forwards.

However, it was telling from the very start that both aren’t up to full match fitness. Firmino, whose game depends on harrying the opponents, huffed and puffed for much of the first half without making an impact. Kane similarly struggled, bullied physically by the centre back pairing of Matip and van Djik. Clearly, things won’t going well for both forwards.

Seeing this, Klopp made a bold change by bringing on Origi for Firmino early in the second half. So often criticised in the past for making his substitutions too late, the German’s early change paid off with spectacular results. In contrast, his counterpart Pochettino stubbornly stuck with Kane, even though it was glaringly obvious that the Tottenham attack needed an injection of pace. And even then, he sacrificed Winks for Moura, with Spurs No. 10 staying on the pitch to little effect.

Having just 26 touches, 7 of them being in the box, Kane had a pretty miserable evening. His inclusion, and Pochettino’s persistence with him, is the one major reason why Tottenham failed to test Liverpool’s defence proper. And for that, Tottenham find themselves paying the price of finishing second best against Liverpool.

Save Pair Of Hands 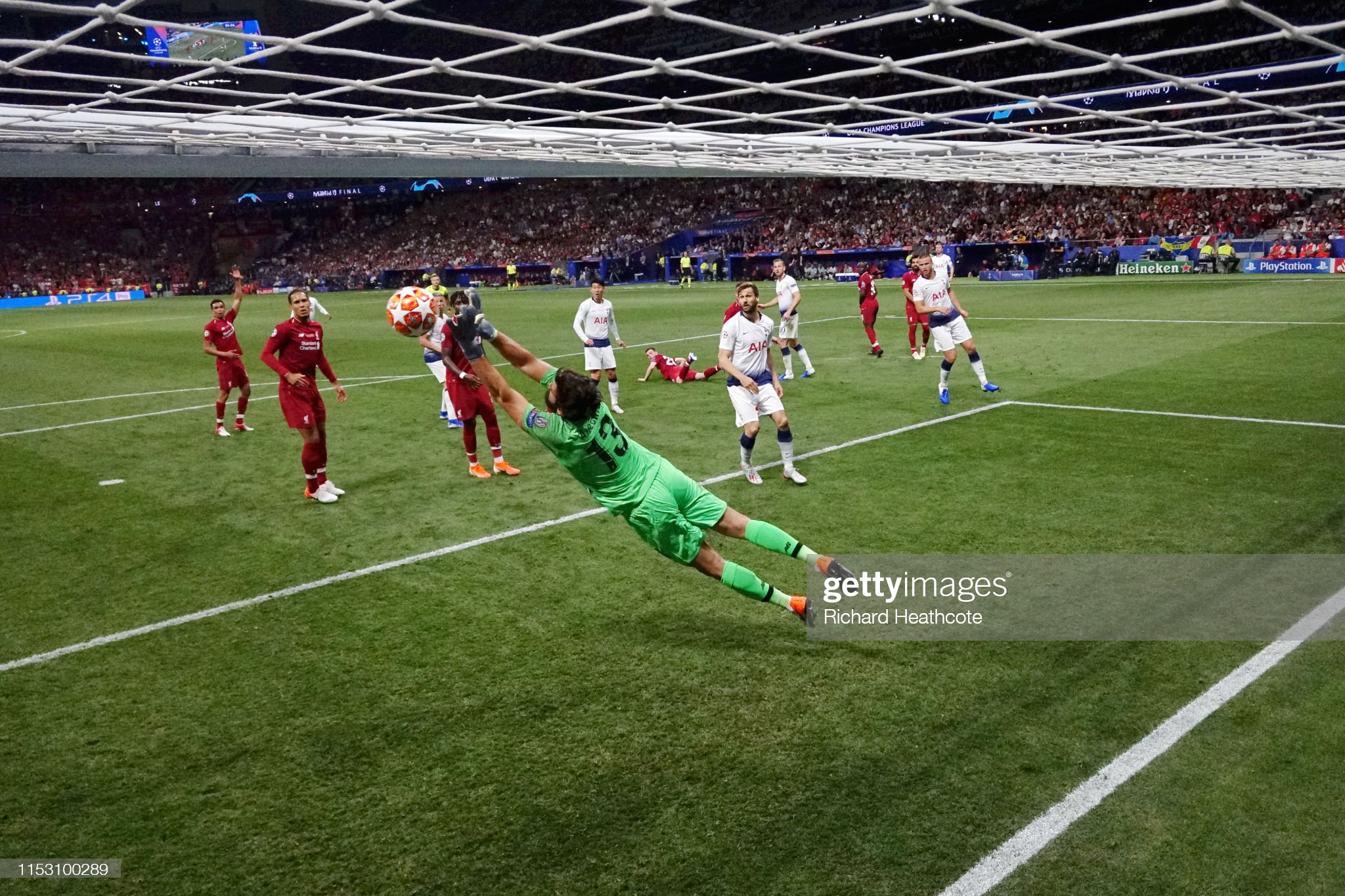 If Salah’s cruel injury was one of the narratives in last season’s final, Karius’ blunders was surely the other narrative. Throwing the ball into Benzema’s path before spilling Bale’s long range shot into his own net, Karius literally threw the game away. Not even Mane’s equaliser was enough, and it left Klopp empty handed once more when the final whistle blew.

With his confidence shot to pieces, Klopp made the ruthless decision to axe Karius as his No. 1. In came Alisson from Roma, with Karius shipped out on a 2 year loan to Besiktas. Though question marks were asked about his huge transfer fee, the Brazilian has more than repaid that with his performances throughout the season. From denying Napoli a certain equaliser to keeping out Barcelona in the second leg, Alisson showed everyone why he should be considered among the world’s best.

As if his Golden Glove wasn’t enough to convince the naysayers, the 26 year old followed it up with a Man of the Match performance against Tottenham in the final. Under a barrage of fire, particularly in the last 20 minutes of the game, Alisson repelled everything that came his way. The pick of those 8 saves had to be against Eriksen, which saw him dive at full stretch to tip the ball away to safety.

By recording yet another clean sheet, the first since 2010 which saw compatriot Julio Cesar kept one against Bayern Munich, Alisson laid the foundations for Liverpool’s victory. It was telling that the Liverpool players swarmed their keeper after the final whistle, showing how appreciative they were of his efforts. For without his presence in goal, Liverpool could’ve very well lost yet another cup.

The Only Way Is Up 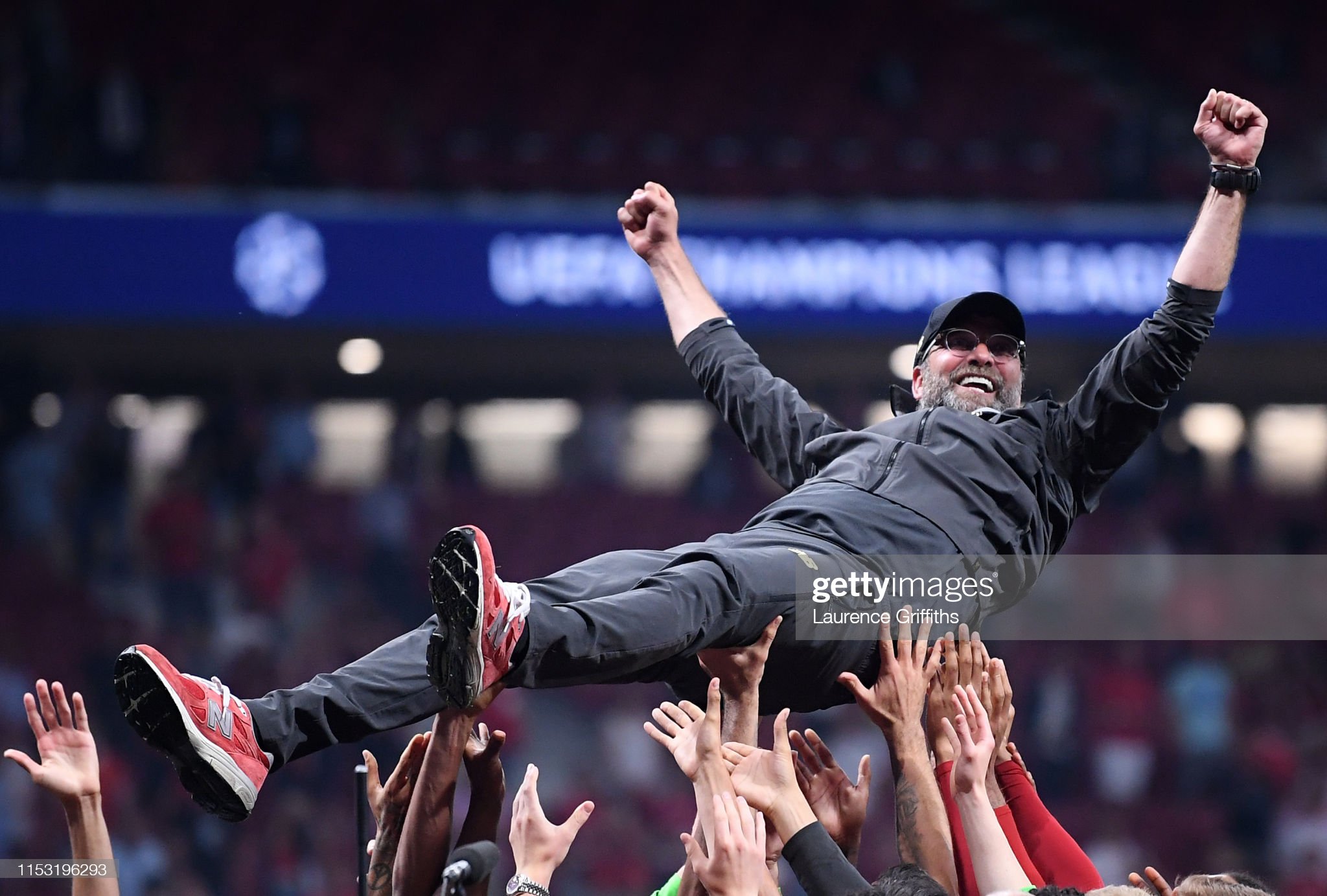 On the losing side on 6 different occasions, it was a case of 7th time lucky for Klopp. By picking up his Champions League winner’s medal, Jurgen will rightfully take his place among the Liverpool greats. Given the mess Liverpool were in when he first arrived, he more than deserves that accolade after claiming football’s biggest prize.

But he’s not stopping there. Having had his first taste of silverware as Liverpool manager, Klopp is eyeing for more. Speaking at the post-match press conference, the gaffer revealed that he’d a conversation with Guardiola on the phone, and promised that “we will go for everything” in the following campaign.

After finally getting over the finishing line, Liverpool now know what it takes to win trophies. Which is perhaps why ex-Red Robbie Fowler believes that Klopp can make good of his promise. Writing for the Mirror, the legendary forward backed the German by penning: “Liverpool are well and truly back on the world stage, it will only snowball, and grow even more. Taking that step, getting over the line for the first time with a real piece of silverware is massive. It’s the process all sides must go through, a fundamental experience on the path to being an elite-level side.”

He further adds: “Liverpool have a side that is already at the top, and will only get better. The prospect is slightly frightening. They’ve finished second with 97 points, swept the likes of Bayern Munich and Barcelona aside to get back into the final and are still nowhere near the height of their potential. Winning a trophy unlocks that potential.”

Whatever the case, this certainly feels like the first of many under Klopp’s guidance. A title under their belt, the only way forward for these talented players is up. For the sky is the limits for Klopp and his red army.