With the last of the preseason friendlies being played, the Reds will be back in competitive action. A trip to Wembley awaits them, where they’ll contest the Community Shield against familiar foes Manchester City. While it may not be the most important piece of silverware, both sides will be desperate to inflict the first blow in what will likely be a duel for the league title.

Ahead of the season’s curtain raiser event, here’s the preview for both teams. 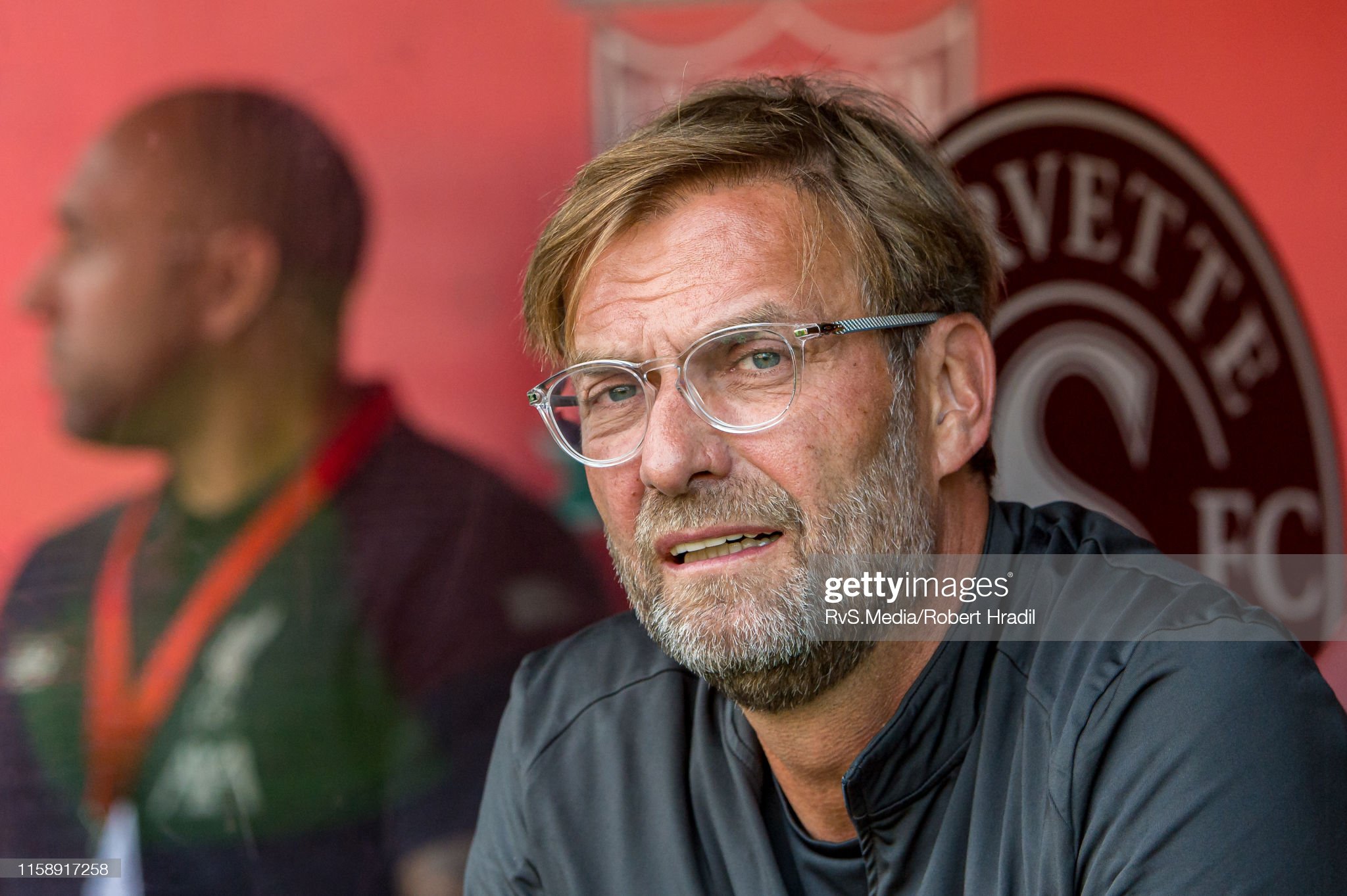 After being thoroughly beaten by Carlo Ancelotti’s Napoli side, question marks were raised over Liverpool’s preparation for the upcoming season. After all, they’ve beaten just Tranmere Rovers and Bradford City in their preseason friendlies. Klopp though was not all fazed by the results. Speaking after the Napoli game, he said: “I think the worst thing that could have happened is if we had won all the games without the six players; 4-0 or 5-0 against Napoli and Sevilla, then everybody would be flying from last year and into the new season, then getting the problems in the season. That would have been the worst thing.”

He then went on to reassure fans that Liverpool would be a “different animal” once competitive fixtures return. Fans got a glimpse of that when they watch their side beat Lyon 3-1 at the Stade de Geneve. Bolstered by the returning Firmino, Salah, and Alisson, the Reds were incisive and clinical in their overall play. It was the prefect way to gear up for the Community Shield, proving that fans shouldn’t read too much into preseason results.

And if they were worried that the players would treat Sunday’s game as another warm-up game, they’ll be delighted that it won’t be the case. Captain Jordan Henderson has vowed to “keep winning”, and the same would apply to the Community Shield. Speaking to liverpoolfc.com, he said: “It’s a first for me – playing in a Community Shield – but I know it’s a competition Liverpool have always taken seriously, so that brings a responsibility for whoever gets picked to do everything we can to win.”

Though insisting that getting one over Manchester City is not the the main motivation, both sides know the psychological repercussions if one side was to triumph over the other. Hence, expect both sides to go all out in order to prove to the neutrals that they should be the favourites for the league title. 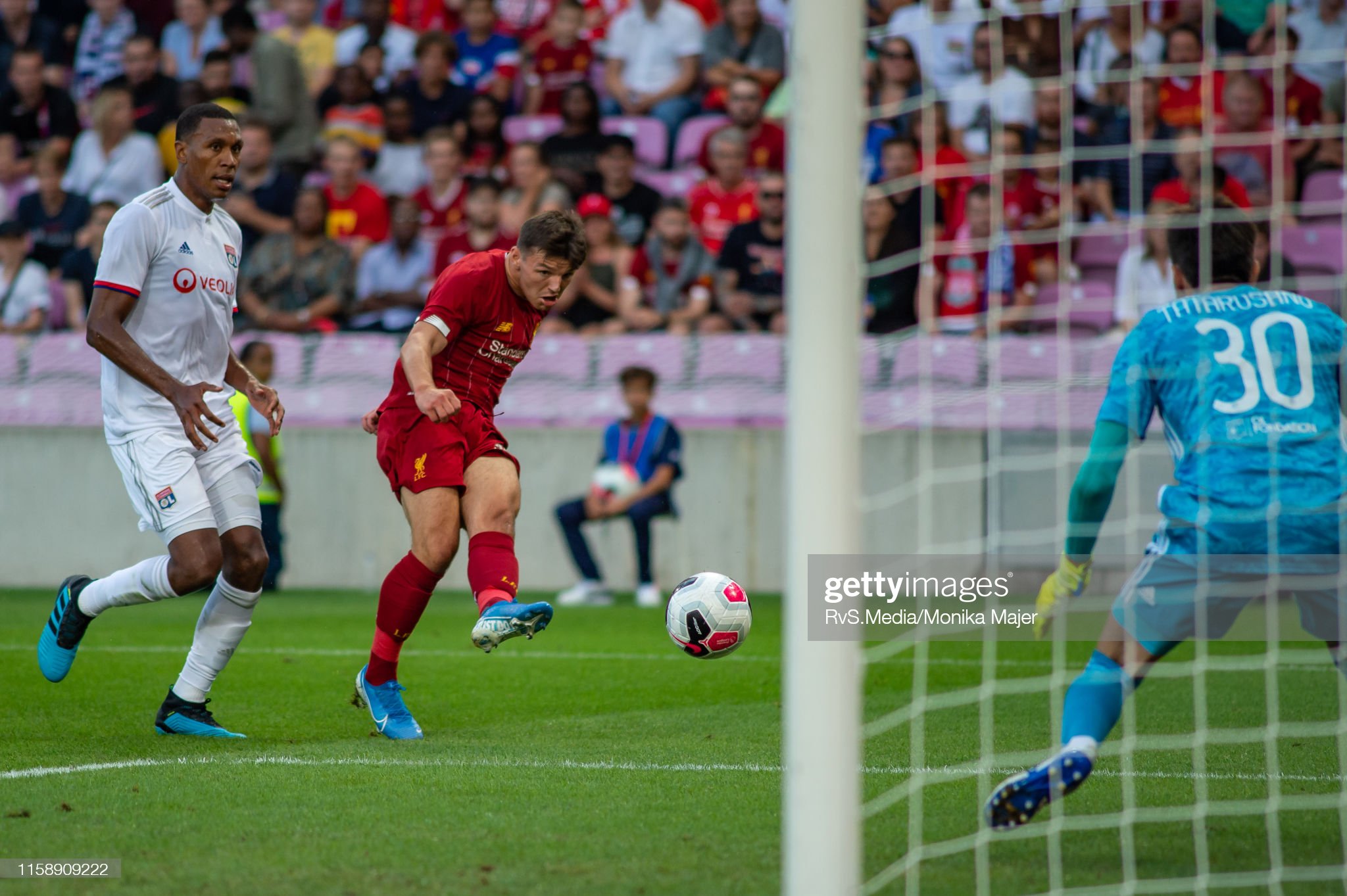 Scoring 18-goals in a season long loan at Derby, Wilson was an undoubted success in the Championship. With fans regularly watching him net screamers for the Rams, many wanted Klopp to give the youngster a shot at the first team. Wilson was given just that, with him regularly featuring in all of the Reds preseason fixtures. While not the most flashiest of players, his willingness to run and neat one-twos made him look right at home among the squad. As if that’s not enough to convince Klopp, the Welshman unleashed one of his trademark long-range goals against Lyon to sign off preseason in style.

Off the back of his latest wonder goal, Klopp has shed light on Wilson’s future at the club. Speaking to liverpoolfc.com, the gaffer said: “We are in constant conversations, that’s clear. We have to do the right thing for us and for the boy. There is nothing to talk about in public about it, so we will see what happens in the next eight or nine days until the window closes. He is obviously a really good player and I was really happy with him in the whole pre-season; he came back from Derby in a completely different [shape]. That’s a good example of how a loan can really work out – it was for Derby really good and for Harry as well.”

While not the iron clad guarantee that the 22-year old would’ve hoped for, it still represents some sort of encouragement for the player. With Mane still away following his Africa Cup of Nations exploits, there’s a spot available on Liverpool’s left wing. Although Shaqiri can fill in that role, or even Wijnaldum judging by his preseason appearances, Klopp might be tempted to give Wilson one final run-out. This is especially so after playing him out of position on the left against Lyon, almost as if it’s a rehearsal for Sunday’s game. Though he played well against Lyon, Wilson will have to step it up against Manchester City if he’s to convince Klopp that he deserves to stay beyond the transfer window deadline of 8 August. With Bournemouth “waiting in the wings” with a £25 million bid according to the Daily Mail, Wilson’s Anfield future might very well hinge on his performance at Wembley. 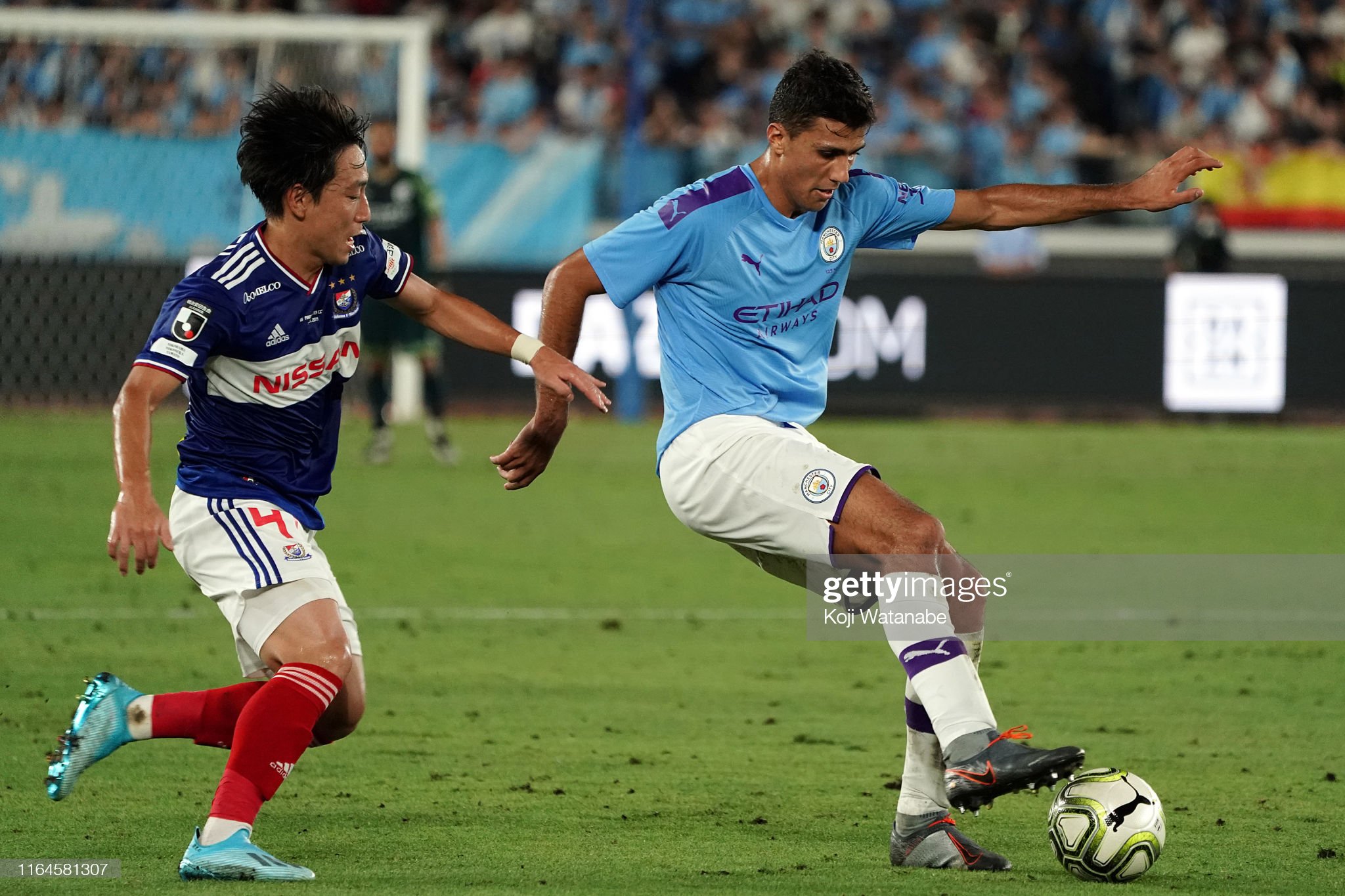 Winning a historic domestic treble, many felt that Manchester City have a complete squad to challenge for yet more honours. Pep though isn’t resting on his laurels, and once again he brought out the cheque book when the transfer window opened. Identifying the ageing Fernandinho as a future problem, the Spaniard duly brought in his compatriot Rodri for a club record sum of £62.8 million. And while he may not necessarily start all of City’s games this season, he’ll definitely be given game time in order to eventually succeed Fernandinho as City’s defensive enforcer.

While he shares the same role as his older counterpart, Rodri isn’t exactly a carbon copy of Fernandinho. For one, he’s physique stands out, with him standing at 6ft 3in. And unlike his counterpart, he admits that he’s “not used to tackles”, preferring to “steal the ball in another way” according to an interview with the Independent. Though his average of 3 tackles per game is higher than Fernandinho’s 2 seems to contradict that, it’s his manner of making the tackle that stands out. Being in the right place and at the right time, there’s no last ditch tackles on his part. A simple challenge and he has the ball, looking to instantly recycle the ball with his range of passing.

With one touch passing a fundamental philosophy of Pep’s, it’s no wonder that City have snapped him from Atletico Madrid. And if he was to start at Wembley, it’ll represent a different test for the Reds. Bigger, smarter, and quicker, Liverpool will have to find a way past City’s No. 16 in order to have a sight at goal. That responsibility will lie on the shoulders of Firmino, whose role as Liverpool’s false 9 will see him being pit against Rodri. As he has so often done it before, he’ll have to find a way to draw his opposition out of position to give the likes of Salah space and opportunity to shoot.

In what will be the first of many battles between the two, it’ll be interesting to see how the pair first react against each other. Whether Rodri will take for the bait, or Firmino having no space to run into will be anyone’s guess. But being the intelligent players that they are, expect them to try different tactics over the course of the match in order to get the better of their opposition.