With the final round of internationals for the year done and dusted, Liverpool’s international contingent will return to Melwood to prepare for their upcoming league fixture. Crystal Palace awaits them, and they’ll be looking to claim the scalp of Klopp’s men. Being the first of many games during this crunch period, Liverpool will definitely want to start on the right foot, starting with a win at Selhurst Park.

Ahead of Saturday’s game, here’s the preview for both teams. 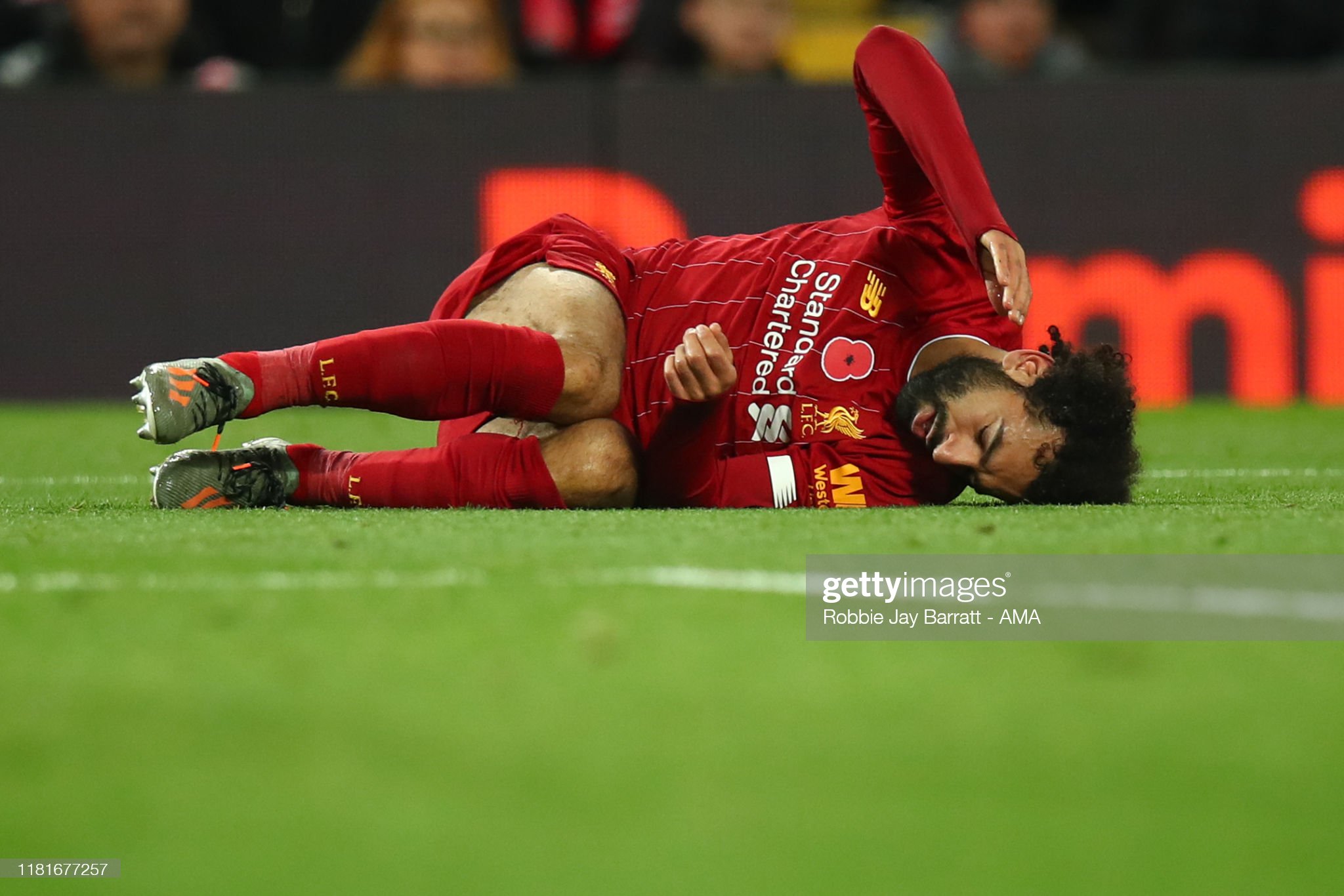 Heading into the weekend game, Liverpool have to fret over the fitness of 2 of their key players in the form of Salah and Robertson. Both were force to withdraw from their respective international duties owing to ankle problems. And despite the lengthy rest afforded to them during the international break, the pair are a doubt for the trip to South London according to the Mirror and will face a late fitness test.

In Salah’s case, his problems with his ankle have been well documented from the very beginning. On the receiving end of a cynical challenge by Choudhury during Liverpool’s 2-1 win over Leicester in October, the Egyptian has struggled since then. It has led to his omission from the Manchester United clash, and was the key reason for his below par performance of late. And just when he looks to have fully recovered by putting in a stellar performance against Manchester City a fortnight ago, a tackle by Fernandinho in the game looks to have aggravated the injury.

Having flown out to Egypt for a scan with the Pharaoh’s medical department before being placed in a protective boot, the outlook seems bleak from an outsider’s perspective. Having 9 goals to his name, losing him on Saturday will be a blow for a significant goal threat will be missing. If he does miss the game, it’s likely that Origi will be handed his 4th league start of the season.

Robertson’s ankle issues on the other hand has come as a shock to some supporters, given that the left-back has been an ever present feature of Liverpool’s starting XI. It’s believe that it’s a long occurring problem, and has forced him to play a bit part role in Liverpool’s 2-1 win against Genk in the Champions League. And much like Salah, the problem was further aggravated in the game against City where he ended up with a swollen ankle.

In spite of his determination to play for his country, Robertson was ultimately force to miss his country’s games against Cyprus and Kazakhstan. Reiterating his desire to play for his national side, the Scotsman said: “I don’t care what game it is, I want to play it and my track record in the last five years has shown that. But I don’t want to pick up more injuries and ruin my season because of it.

“I’ve had to listen to the people around me when previously I would have told them to beat it. The fact my ankle has swollen up again has made it easier to miss these games.

“For the last two and a half weeks I’ve not trained at all for Liverpool. I’ve trained the day before a game, missed a Champions League game other than the last 15 minutes against Genk and missed Arsenal in the League Cup.”

If Robertson is deemed unfit for the trip to Selhurst Park, vice-captain Milner will likely be the stand-in left-back. Having played there on multiple occasions for Klopp during the German’s tenure at Anfield, the veteran will once again be trusted to get the job done on the left side of the defence.

Update: Both players have since take part in elements of Thursday’s training but it remains to be seen if the pair will be declared fit for the game. 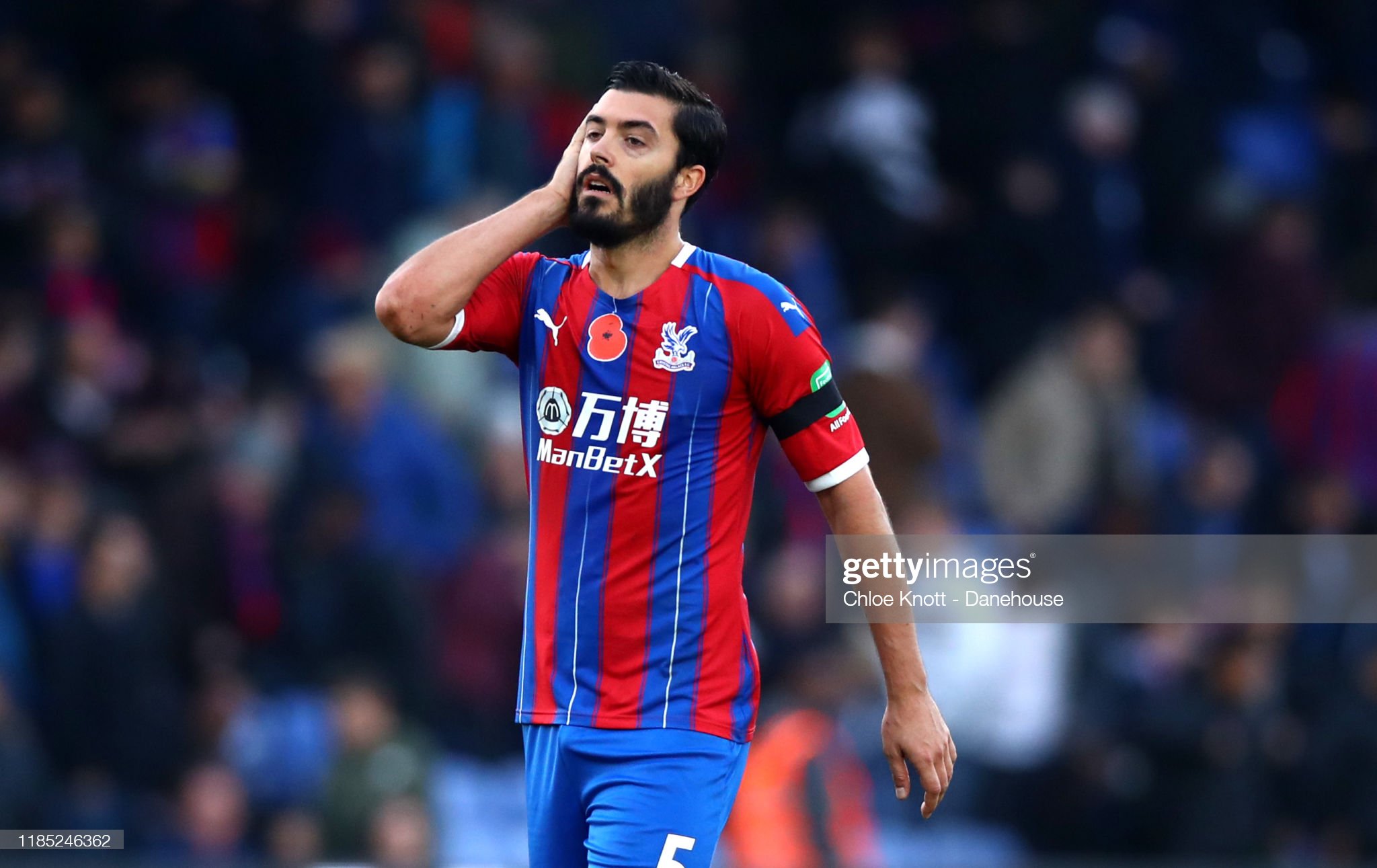 For a club that were hoping to challenge for a Europa League spot, Crystal Palace’s start to the season has been rather disappointing. And while their just 2 points off Arsenal who are currently in sixth, the fact that they could not take advantage of the ‘Big 6’ slipping up has been a major source of frustration for Palace fans.

In fact in their last 5 games, they’ve managed just a single win, that being against fellow Londoners West Ham. In that period of time they’ve let in 9 goals, while managing just 3 in turn. Even if you look at the bigger picture, the fact that they’ve just kept 3 clean sheet in their 12 league games this season means their defence is unable to bail out the attack in moments of need. And the Eagle’s attack this season has been pretty lacklustre thus far.

In terms of chances created, Crystal Palace are dead last in the rankings with just 66, 9 fewer than Southampton who are second last. The same can be said for big chances created, with their tally of 8 being 4 short of Norwich’s 12. And with regards to creativity out wide, Palace also struggle with them only making 14 successful crosses thus far, which ranks them second-last in that department.

All the signs point to a creativity deficit up top, who are just unable to score enough to make up for their porous defence. Against a Liverpool side that averages 2 goals per away game while having the second best defensive record in the league, it’ll be hard for Palace to get anything from this game. Hopefully, this would mean a clinical and professional victory on the Reds part.

The Case Of Zaha 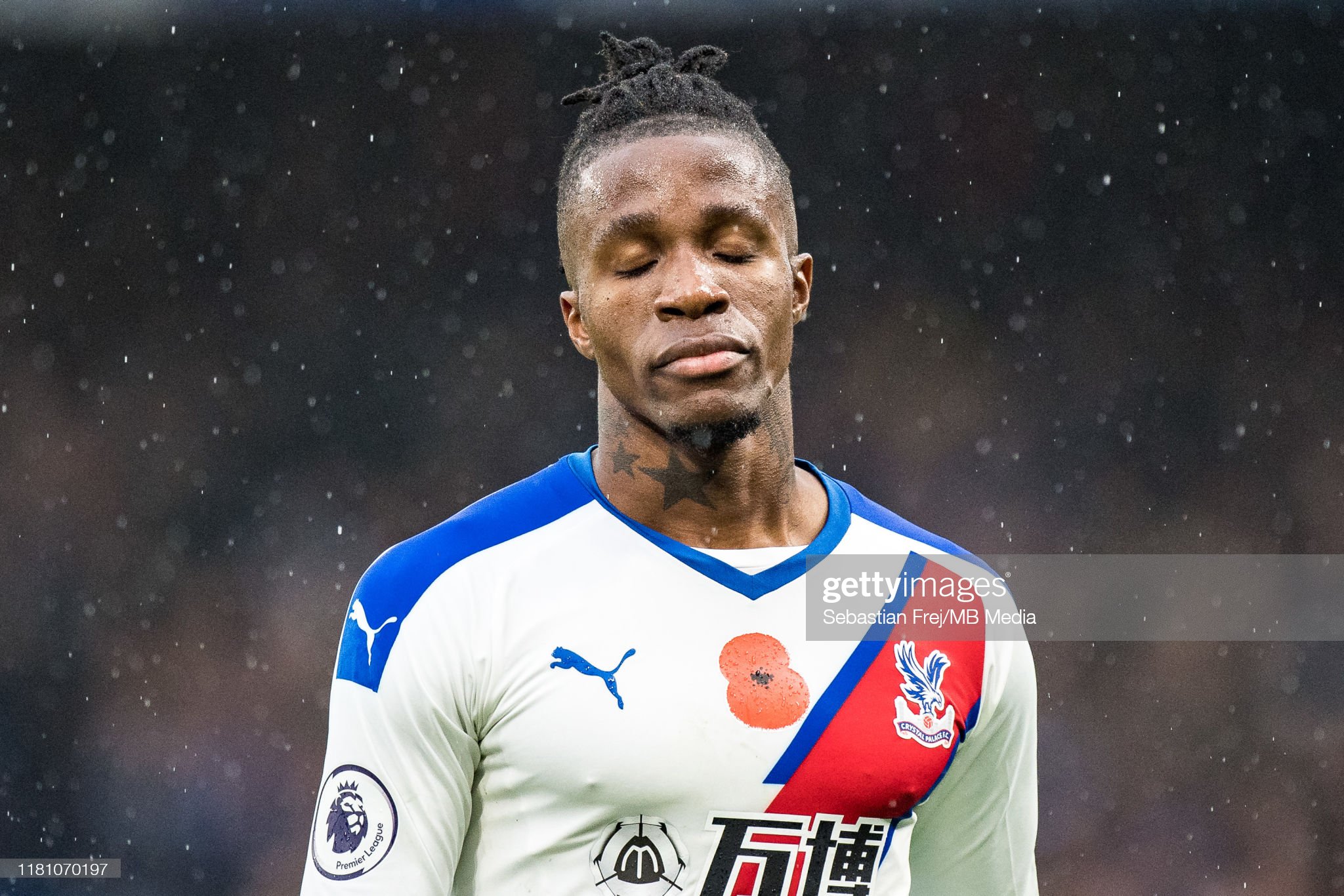 The subject of interest from multiple clubs this summer, Zaha was tipped for major things. This is especially after his stellar season with the Eagles, where he was arguably their star player. However with Wan-Bissaka sold for big money, Palace were adamant about selling their key forward in the same window, resulting in the Ivorian staying put at the south London club.

However, the 27 year old have struggled to replicate his stellar form from the previous campaign. And while his 2 goals and 2 assists so far means he’s been directly involved in 20% of Palace’s goals, he hasn’t been doing enough damage in the penalty box. When comparing his shots in the penalty area, there’s been a drop-off from 1.6 to 1.2 this season. His metrics for key passes has also decreased from 1.6 to just 1, hinting that he’s far less influential in the final third this campaign.

This reversal in attacking statistics could be attributed to Hodgson’s decision to play a 4-5-1 formation this season, rather than the front 2 that he used last season. Whereas previously Zaha could feed off the main striker and make darting runs into the penalty area, he’s been restricted out wide so far. Now instead of having to watch for two attackers where one could drop while the other makes a forward run, teams find it easier to isolate the main striker and defend 1v1 against Zaha on the wing.

Whether Hodgson reverts back to a front 2 remains to be seen but it still doesn’t mean that Liverpool can take their eyes off Zaha. After all, he’s proven to be a prolific dribbler with his 4.6 successful dribbles this term actually bettering last season’s 3.4. With Milner possibly starting, it would mean that the 33 year old will be directly against Zaha. The battle for pace on the left will be a deciding factor of the game, and it’ll be interesting to see which party come out tops. Liverpool will hence have to pay extra attention to that flank, for it’ll be Crystal Palace’s best chance to hurt the Reds when the two sides meet on Saturday