Liverpool’s quest to be crowned world champions took a step closer to reality after beating Mexican side Monterrey in the semi-final. However, another test awaits them in the form of Flamengo, who booked their place in the final following a 3-1 win over Al-Hilal. With the Club World Cup a big deal back in South America, one would expect the Brazilians to go all out on Saturday to claim that title.

Ahead of the final in Qatar, here’s the preview for both teams.

The One That Got Away 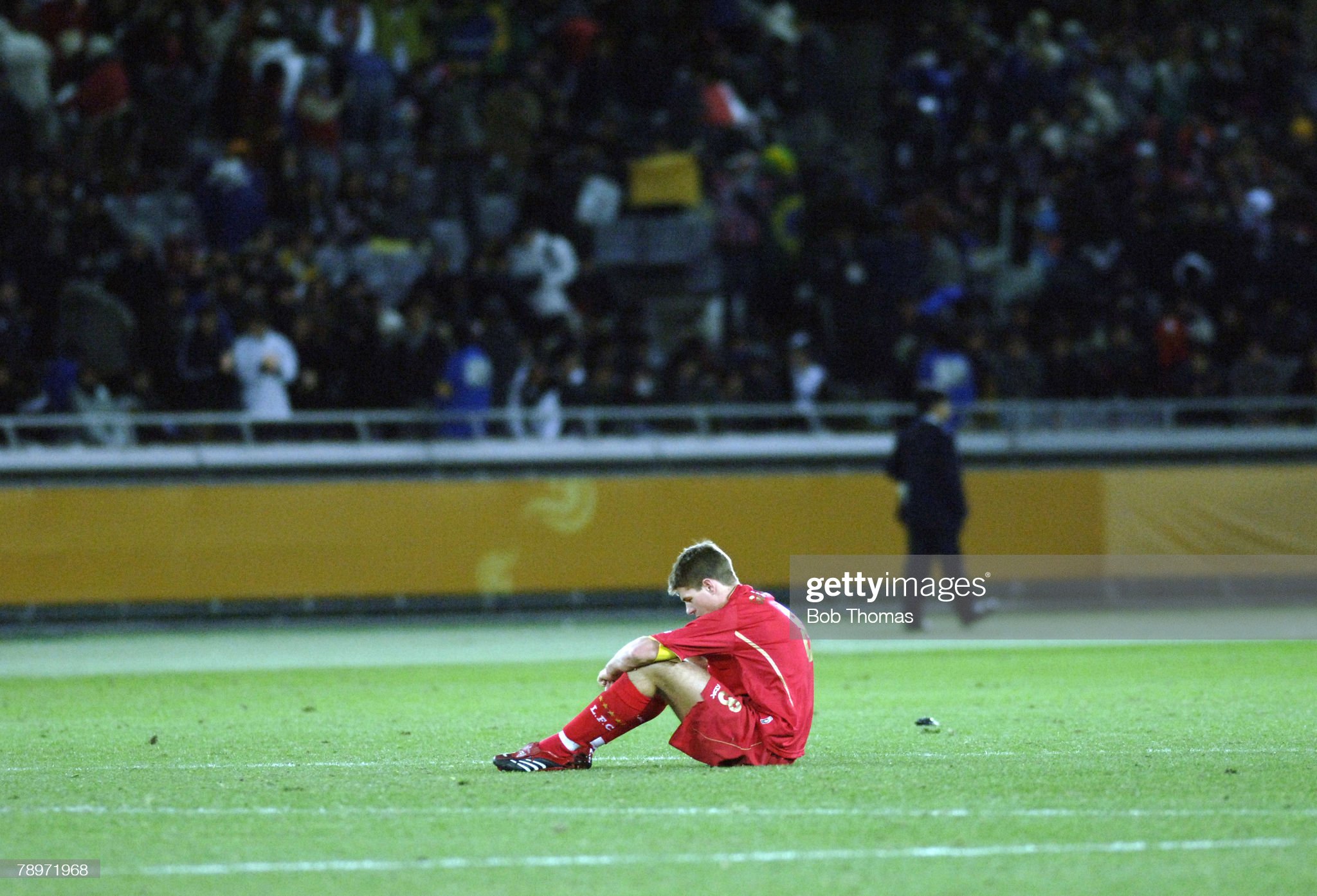 “Losing the FIFA World Championship to Brazilian side Sao Paulo 1-0 in Yokohama in 2005 was a major blow that often gets overlooked now.”

Those were the words of a certain Steven Gerrard in his autobiography My Liverpool Story. For him to mention it after all those years meant that the defeat really stung him. And for fair reasons too, since it’s the only ‘major’ trophy that has eluded Liverpool’s grasp. So no matter what rival (insert: bitter) fans have to say about the competition, winning the Club World Cup is a moment that any club would savour.

That defeat in 2005 wasn’t the only time they squandered the chance to be crowned world champions too. The equivalent of today’s Club World Cup, the Intercontinental Cup was a competition that the Reds participated in back in 1981. Participated and lost to be exact, and their opponents that day were none other than Flamengo. That made it twice the Merseysiders had let slip the opportunity to be crowned world champions.

Now more than 38 years later, the two clubs will renew hostilities when they meet at the Khalifa International Stadium. Given that it took them 14 years to compete in this tournament again, Liverpool will be desperate to get the job done on Saturday. They’ll hope that the painful lessons of the past will aid them in their quest to become only the second ever English club after Manchester United to win it. 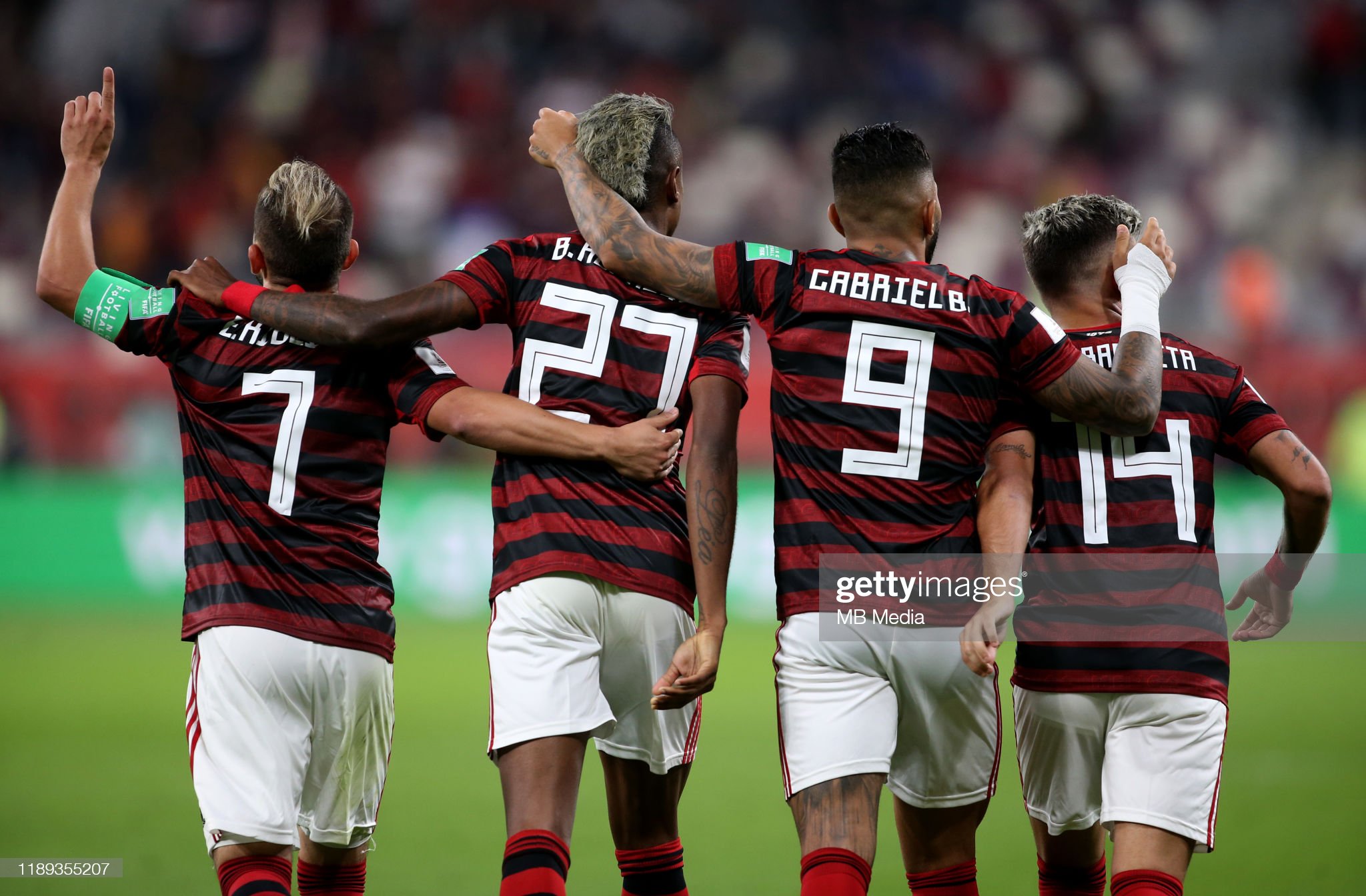 The reigning Copa Libertadores champions, Flamengo are participating in their first ever Club World Cup. That hasn’t hampered their progression to the final though, after coming from a goal behind to beat Asian champions Al-Hilal. And while they may have been guilty of underestimating their opponents in the first half, the way they came out of the blocks in the second half was an indication of the quality they possess.

As a unit, the Brazilian outfit are a formidable outfit that can cause problems for any defence. That’s because this Flamengo side have plundered 86 goals in the Brazilian League, while only conceding 37. Central to those goals is Gabriel Barbosa, who’s on loan from Inter Milan and nicknamed ‘Gabigol’. He’s the league Golden Boot winner with 25 goals to his name, while also topping the scoring charts in the Copa Libertadores. Clearly, he’s one that Liverpool have to watch out for.

Other notable names include former Chelsea and Atletico Madrid defender Filipe Luis and Rafinha, a Bayern Munich legend. Though age might be starting the catch up with them, they remain key members of this Flamengo side.

Usually set-up in a 4-1-3-2 formation, the South American champions have somewhat become a trailblazer by abolishing the standard Brazilian deployment of more than one naturally defensive midfielder that has been so common since the 1990s. Furthermore, Flamengo usually put the pressure high up the pitch, and their high turnover in the final third is a key component in their attacking play.

Unbeaten in 27 of their 29 league games, Flamengo will be a tough nut for Liverpool to crack. And while Liverpool may be considered favourites heading into the fixture, their opponents are more than capable of punishing any lapse in concentration. As Klopp puts it, the team “who deals better with the circumstances, who has more right decisions” will be crowned world champions come the final whistle. 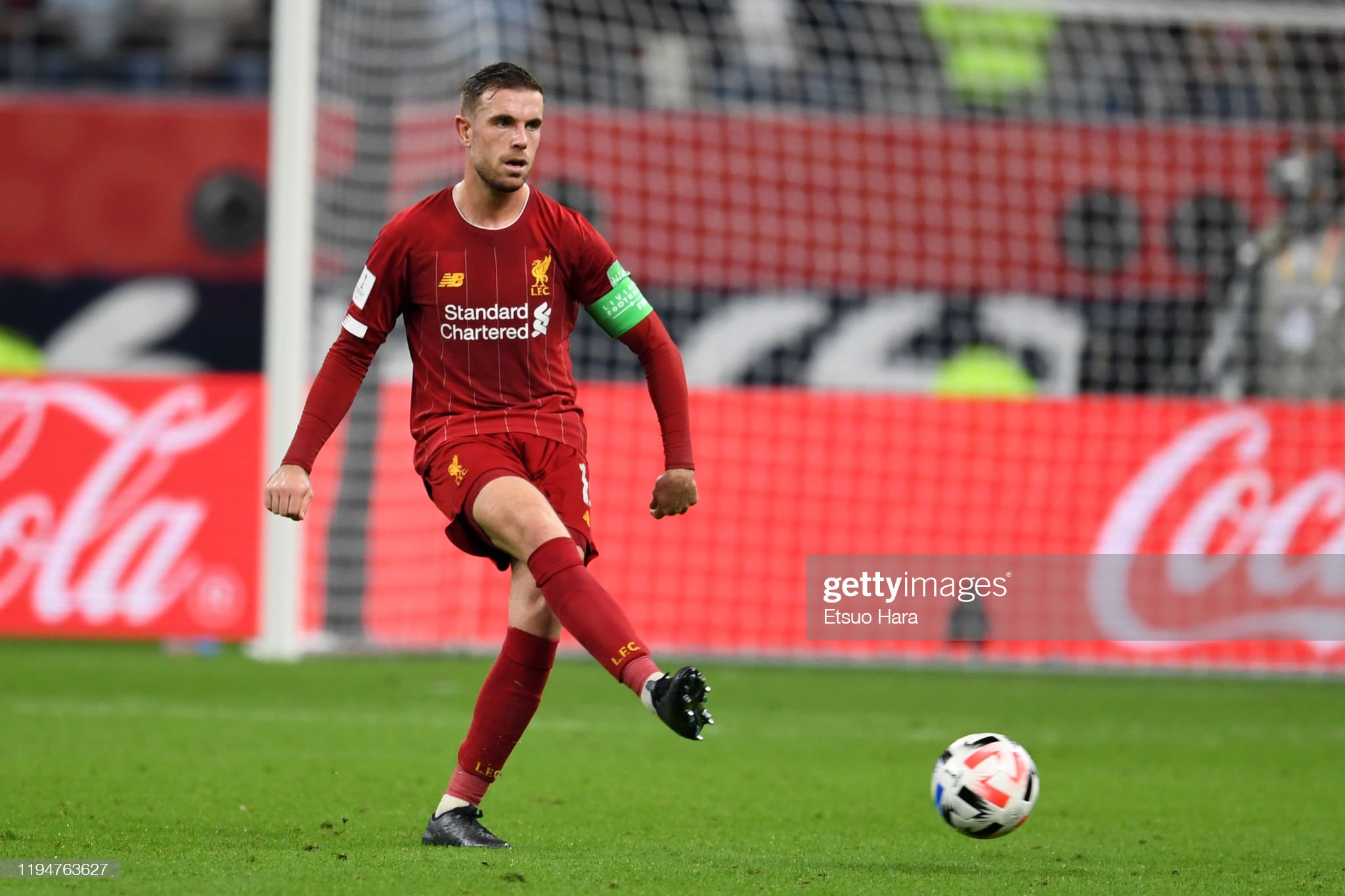 With Virgil van Djik ruled out of the game against Moneterrey due to an illness, Klopp was left with a decision to make at centre-back. His decision couldn’t be more tougher, given that Gomez was the only fit senior centre-back left. And with Wijnaldum, who has played at the back albeit in a 3-man defence, unable to recover in time from a muscle injury, it meant that somebody else would be filling in that role.

That somebody turn out to be captain Jordan Henderson, whose previous experience in defence was at right-back. In terms of winning the ball back, the England international was great as you would’ve expected from a player with the experience as a No. 6. However, it’s the reading of the game that was sorely lacking, with him and Robertson being troubled consistently by Pabon down the left flank.

Registering zero clearances and interceptions during the full duration of the game, it suggest that the skipper isn’t in the right place and the right time to stop attacks. Adding to the fact that Lallana doesn’t screen the defence proper like a traditional No. 6 does, Henderson was left with too much on his hands on Wednesday night.

Having refused to comment on Virgil’s availability on Saturday, Henderson’s spell as a centre-back might very well continue. Against such a potent attack in the form of Flamengo, he’ll have to be in constant communication with Joe Gomez to stop potential attacks. Wijnaldum’s return as a No. 6 should help matters but if he’s still unfit, the captain is will just have to pick up the slack when he face Flamengo in the final.