Grinding out a 2-1 win away to Wolves, the Reds will once more be on the road this weekend to compete in the FA Cup. A trip to the Shropshire beckons, with League One side Shrewsbury the opponents. Though straightforward on paper, Klopp will no doubt be wary of a cup upset and will urge his charges to take the opponents seriously.

In anticipation of the sold out game at the Montgomery Waters Meadow, here’s the preview for both teams.

Lowdown Of The Opponents 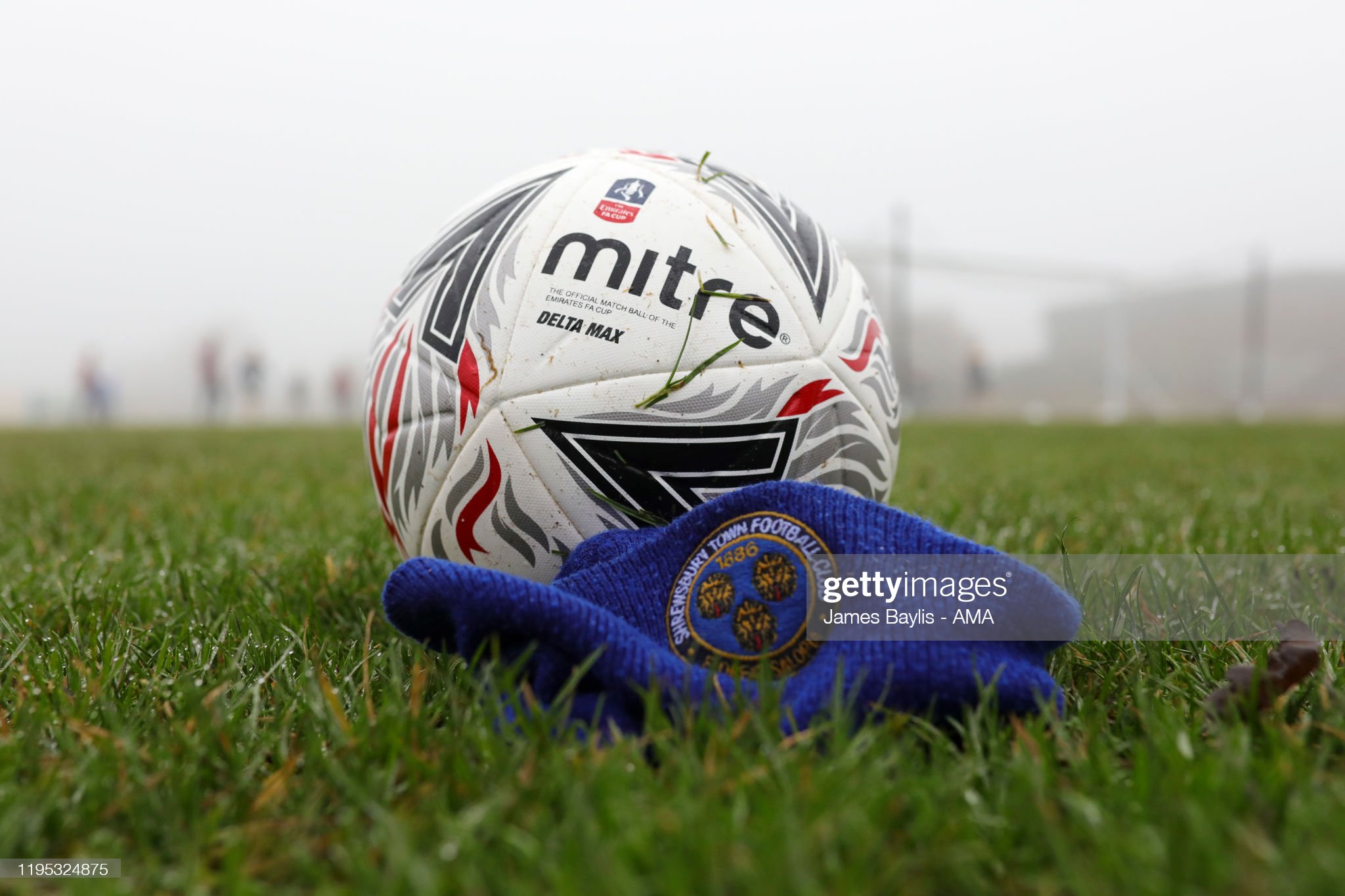 Ranked 59 places below Liverpool in the overall English league table, Shrewsbury are a League One side, which is the third tier of English football. In terms of the FA Cup, the furthest they’ve gone is the quarter-final stage back in 1982. Other notable success includes their triumphs in the Welsh Cup, a competition that they’ve won 6 times.

The first and only competitive meeting between the Shrews and the Reds happened in an FA Cup 4th round tie in February 1996. It was a sombre occasion with the game taking place just 4 days after the death of legendary manager Bob Paisley. With the visitors in mourning, Town supporters showed their class by singing ‘You’ll Never Walk Alone’ ahead of kick-off before a minute’s silence in honour of Paisley.

Though the home team were lauded for giving their utmost respect, they ultimately gave too much respect on the pitch to the visitors. Then managed by Roy Evans, Liverpool eventually ran out as 4-0 winners. Stan Collymore’s 9th minute opener made it mission neigh impossible from the start. A flurry of goals inside the final 21 minutes added some gloss to the scoreline, and confirmed Liverpool’s progression to the next round.

Aside from the aforementioned game, other high profile teams that they’ve played against recently include Chelsea, Manchester United, West Ham, Stoke City, and Wolves. And it was the FA Cup tie against Wolves last year that got everyone’s attention, where they pushed Nuno’s men all the way across both legs. In the first leg, they went two goals up only to succumb to late goals to concede a replay. And in the replay, they initially went 2-1 up after 40 minutes before conceding twice at the death to get knocked out of the cup.

Beating Bristol City in the previous round courtesy of a replay, the Blues will surely want to make amends for last season’s disappointment by knocking out Klopp’s men. Their manager Sam Ricketts has admitted that his players need no further motivation, and are ‘able to turn up, put a kit on and play straight away’. This should serve as a warning for Liverpool, who’ll not want to the suffer the ignominy of getting knocked out by a League One side. 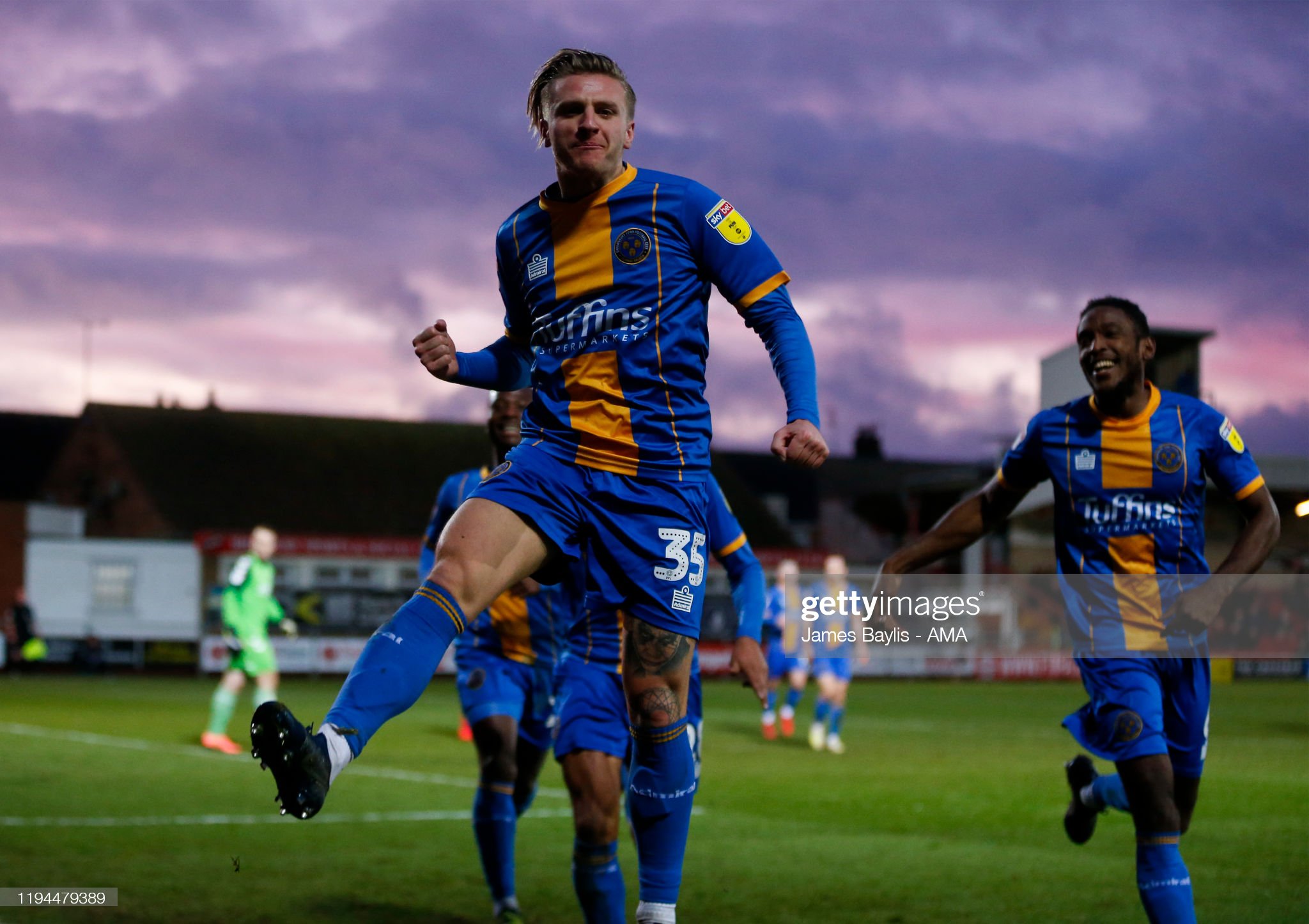 Coming up against sides that employ a back 3 formation in recent times, Liverpool will once again have to negate a similar tactical set-up on Sunday. This is because the back 3 is ever present throughout the Shrews season, with Ricketts mostly alternating between 3-5-2 and 3-4-3 formations.

Between the two, it’s likely that the Blues will line up in a 3-5-2 formation to welcome Liverpool. This is simply because it’s the one they’re most familiar with having used it no less than 14 times in the league. It has also served them well this campaign by nicking results against the league’s better sides, which includes current league leaders Rotherham, 5th placed Oxford United and 6th placed Sunderland.

Apart from the familiarity, the 3-5-2 formation is an important counter-measure against Klopp’s tactical set-up. Regardless on who’s called upon to fill the full-back roles for the Reds, they’ll surely be instructed to push up high and provide width in the final third. It’s a fundamental way of playing in Klopp’s system, given how narrow Liverpool’s forwards are in every game.

As a result, Ricketts will no doubt instruct his wingbacks to sit atop the Reds’ fullbacks. This will essentially reduce their influence in the final third, and significantly reduce the amount of width that Liverpool will have. The Merseysiders will thus have to attack through the middle, where they’ll have to go man versus man against Shrewsbury central defenders.

As to the player that Liverpool should take note of, it’ll be their forward Jason Cummings. While not a regular in the starting lineup with him coming off the bench on 7 occasions, he’s still the side’s top scorer with 4 goals. Averaging 0.5 dribbles per game, Cummings isn’t the sort of player that’ll carry the ball into the danger area. His strengths lie in his hold up play, where he’s able to bring other players into the game. This is reflected in his statistics where his dispossession per game is a mere 0.7.

Noting that nearly half of his shots come from outside the box (1.8 shots per game, 0.7 shots from outside the box), Liverpool will have to expect a pop at goal from distance. Though generally such shots are low quality ones, they nonetheless have to be on their toes to avoid getting caught out. All in all, Shrewsbury will be capable of posing a few questions should the visitors be caught napping. 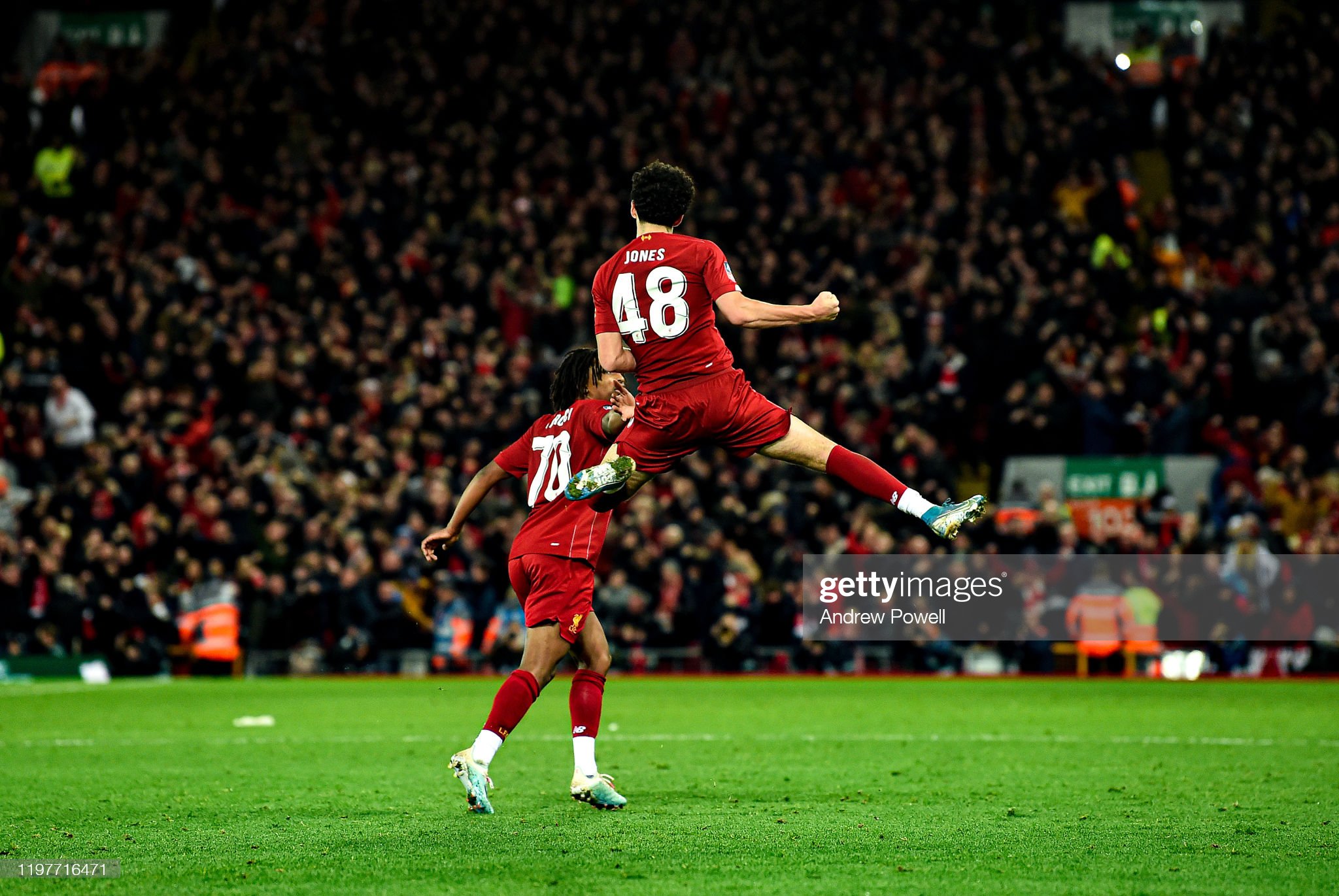 Although Town manager Ricketts would rather his team face a full strength Liverpool side, Klopp is widely expected to field a much rotated side. While it’ll give some of the fringe players some important first team minutes, the emphasis will very much be on youth. This will give many of the youngsters a chance to impress the gaffer, away from the pressure cooker environment that the Premier League offers.

From the selection of youngsters, there are many who have already caught the eye of Kopites. Harvey Elliott is one of the those players, whose matured performances makes people forget that he’s just 16 years of age. Elsewhere, Neco Williams has also impressed in his outing as a right-back in the previous round of the FA Cup. Solid at the back and not afraid to go forward to support the attack, it feels as if he’s ready-made to be Trent’s understudy.

While those two will surely have a big impact on the game, my pick would be for Curtis Jones to have the biggest influence. Given the opportunity in the domestic cup competitions, Curtis’ season is already filled with many memorable highlights. From his winning penalty in the League Cup shootout against Arsenal to his debut goal against Everton in the previous round of the FA Cup, his career seems to be on an upward trajectory.

Looking past the headlines, it’s important to note that he retains the trust of Klopp. This can be seen in his inclusion in the league matchday squad, with him taking a place on the bench on 6 different occasions. And perhaps the most distinct difference between him and the aforementioned players is that he has played in the league, with Klopp opting to bring him on as a substitute against Bournemouth back in December.

Described by the manager as ‘an unbelievable player’ and would ‘100 per cent’ be a Liverpool player, Jones is one to watch when Liverpool take to pitch on Sunday. The immediate challenge would be for him to adapt to the physicality, with Shrewsbury midfielder Josh Laurent warning Liverpool to expect a physical encounter. But if he comes up tops, it’ll surely be another indelible experience to add to the 18 year old’s season so far.