Edging past Tottenham in their last league outing, Liverpool will next take on fierce rivals Manchester United. Despite the 27 point gap separating the two teams, the Red Devils still pose a significant threat and would like nothing more than to end Liverpool’s unbeaten run.

Ahead of the north west derby, here’s the preview for both teams. 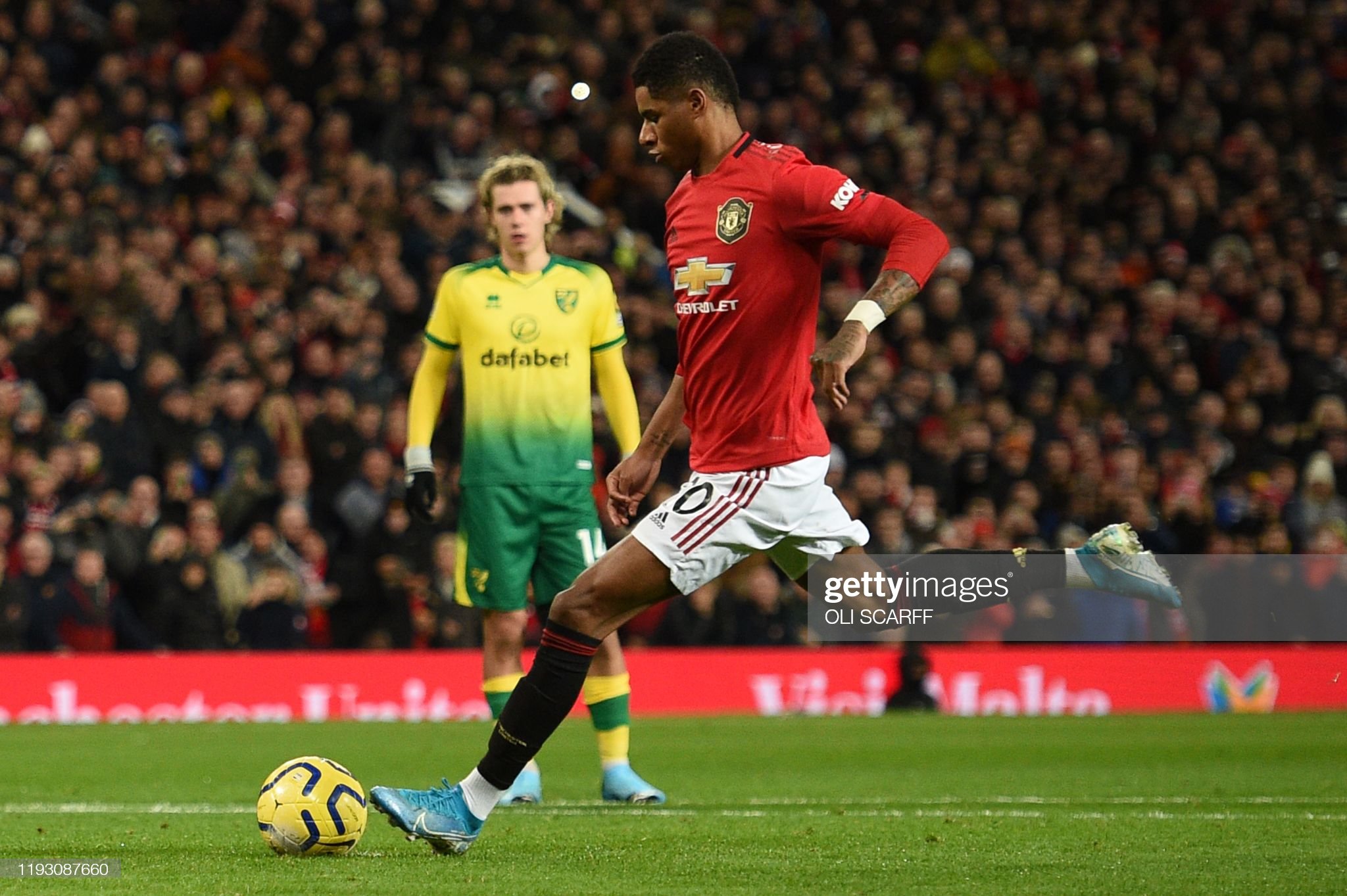 Making the decision to sell Romelu Lukaku in the summer, Ole Gunnar Solskjaer clearly wanted a more dynamic and young front-line. That decision was reaffirmed by his purchase of Daniel James, who represented United’s sole signing in attack. Together with Rashford and Martial, the trio were expected to score the goals for the club.

But with Martial ruled out early in the season, Solskjaer’s plans were thrown into disarray. It meant that he had to rely on a player who has never scored more than 10 league goals in a season to lead the line. And in truth, it looked like a burden that Rashford couldn’t afford to bear. His opening 10 games saw him just net thrice, including 2 goals on the opening weekend against Chelsea.

But since his goal against the Reds at Old Trafford, the Englishman has embarked on a goal-scoring spree which has seen him net 15 times in 20 club appearances in all competitions. His latest came in the form of a brace against Norwich, which included a well-taken penalty to put the game beyond the Canaries reach. This puts him up there as one of Europe’s most in-form forwards at the moment, and he’ll be United’s biggest threat.

With his tendency to cut in from the left wing to shoot on his favoured right foot, he’s one to watch when United travel to Anfield. Liverpool’s defenders must decide whether the full-back should follow his runs inside or pass on responsibility to the center-half. But in the event that he’s unable to recover in time from a suspected back injury, the Merseysiders’ task of keeping a 7th consecutive clean sheet in the league would be considerably easier. 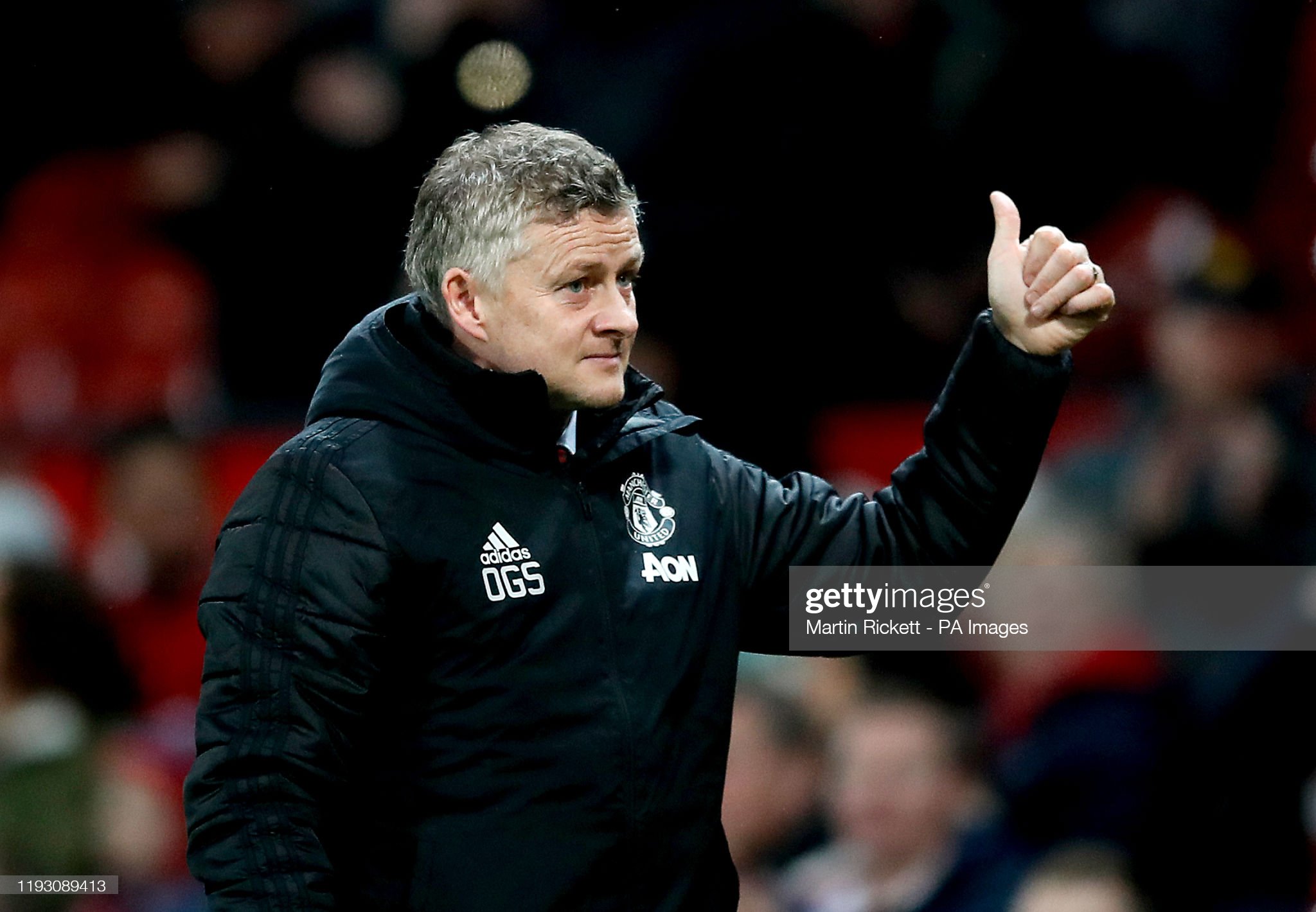 The last time the two clubs met, Solskjaer chose to set his team up in 3-4-1-2 formation. This was after seeing Sheffield United use it to great effect the previous weekend, where they gave the Reds just scraps to feed off. That plan worked in favour of the home team, who secured a 1-1 draw to become the only team the league to take points of the league leaders.

By instructing the likes of Ashley Young and Aaron Wan-Bissaka to sit atop Liverpool’s fullbacks, the Reds were denied the crucial width. It also meant that the pair of Robertson and Trent couldn’t advance into the final third to supply the forwards. Instead, they spent the majority of the game lobbing balls from far into the penalty box. These are easily cleared by United’s centre backs, with only 4 out of 19 attempted crosses finding the intended target.

But if Solskjaer is considering repeating the same trick twice, he could do well by looking at Liverpool’s return game against Sheffield United. Again, the Blades lined up in their preferred 5-3-2 formation hoping to deny Liverpool’s fullbacks width. What they didn’t envision was the level of industrialism displayed by Liverpool’s midfield. In the end, the Reds had a mammoth 1109 touches, 74.8% possession, and attempted 969 passes.

Though it was Robertson’s cross to find Salah for the opening goal, Liverpool have shown throughout the match that they are not a one-trick pony. They can adapt and carve a path through even the most well organised defence. Hence, United’s manager would have to carefully weigh his options if he intends to deviates from his usual 4-2-3-1 formation that has served him well in recent weeks. 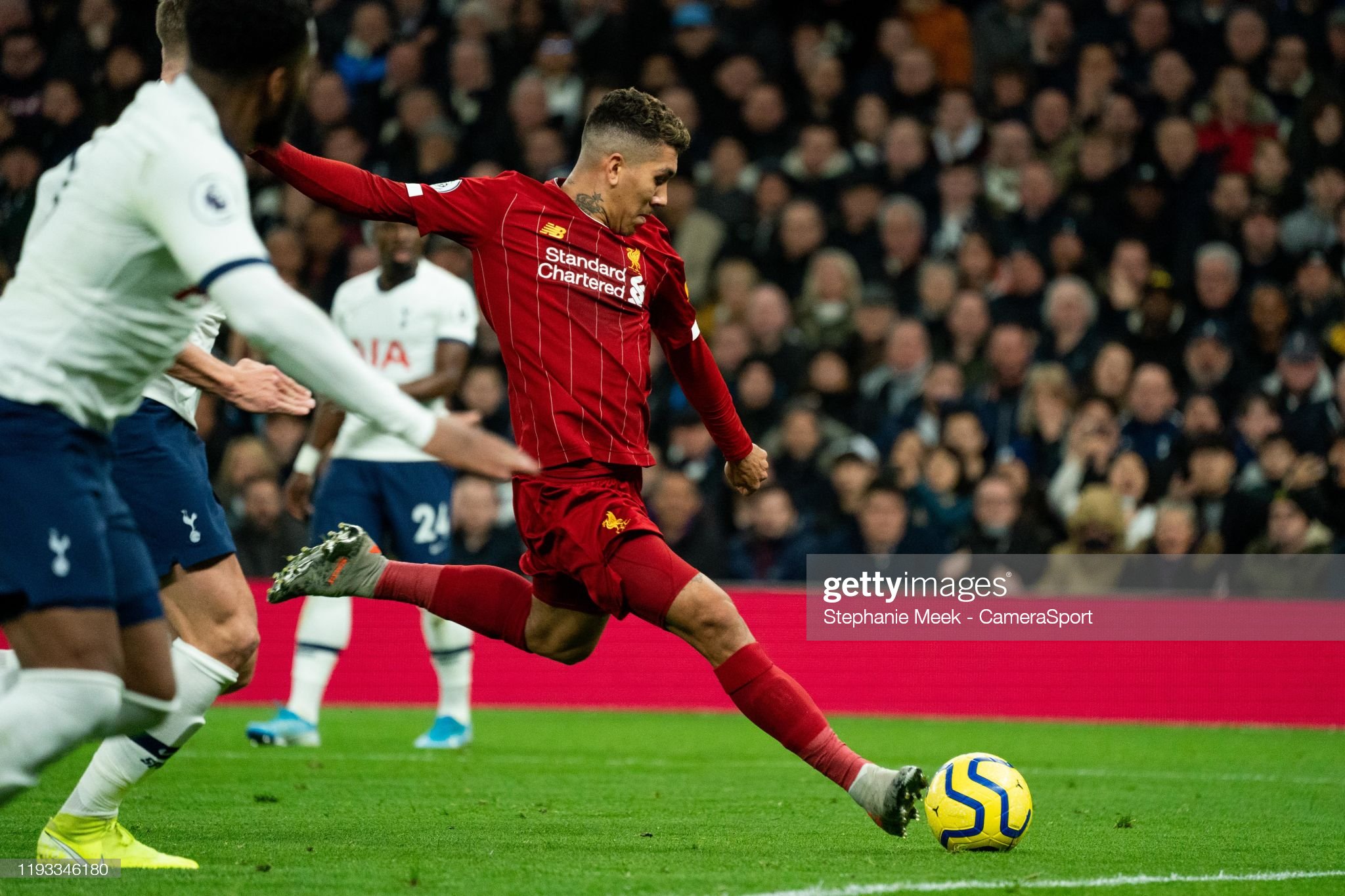 “Yes, [he is] a super player, super. I don’t say this for the first time and will hopefully not say it for the last time.”

That was the gaffer’s reaction in the aftermath of Firmino’s winner against Tottenham. His reaction was definitely not a knee-jerk reaction to the circumstances, with the German clearly understanding just how important the Brazilian is to this Liverpool team. Making the selfless play to allow the likes of Mane and Salah to flourish, Liverpool’s No. 9 is simply indispensable at the moment.

Having produced a man of the match performance against Spurs, the challenge will be for him top continue that form against United. His movement and intelligence will be critical in craving out the necessary space required to attack, especially if the visitors opt for a 3 man backline.

Noting that all of his goals have came away from home, it’ll be great if he could amend that record on Sunday. Having also not scored against Manchester United in his time at Liverpool, it’ll surely be a target that Firmino would like to achieve in the near future. Considering his goals this season have been massive, with the UEFA Super Cup and Club World Cup triumph impossible if not for his goals, netting against Liverpool’s hated rivals will feel like another important step towards victory.

And with him laying down the gauntlet by saying that the team has to ‘keep it up’ and ‘working hard’, you can bet he’ll need no extra motivation when he takes to pitch at Anfield.