Enjoying an extended break from football after a hectic festive schedule, the Reds will return to league action come Saturday. They’ll travel to north London to take on Tottenham Hotspur, who are managed by the experienced Jose Mourinho. Looking to break into top 4 and secure Champions League qualification, Spurs will be determined to take 3 points off the league leaders.

Ahead of the clash, here’s the preview for both teams. 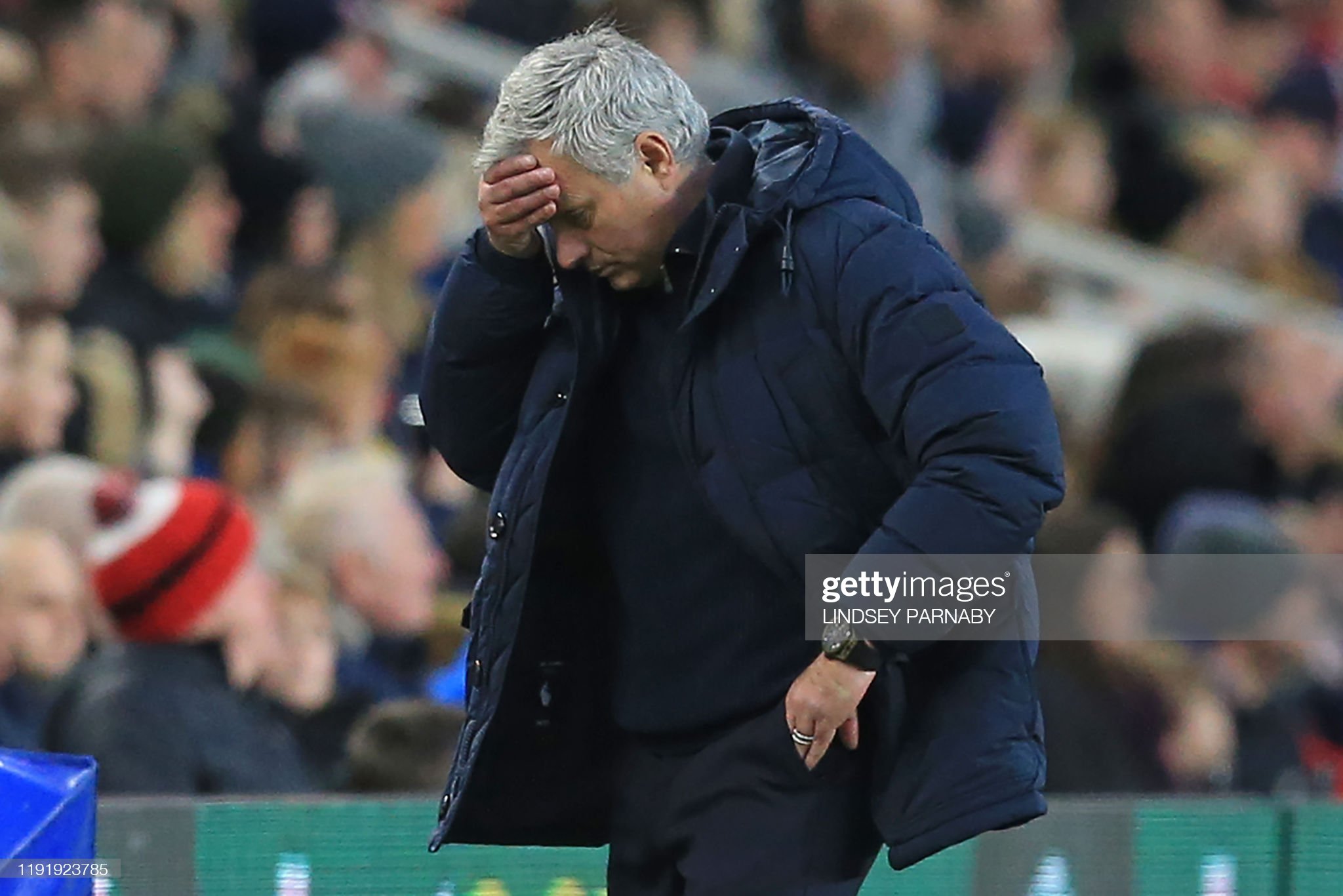 Organised. Tough to break down. Defensively sound. These are perhaps some words that people tend to associate with Jose Mourinho’s sides. His stints at Chelsea and Manchester United is prove that he priorities defence, with some of his detractors even going as far as to claim that he’s too defensive at times.

Yet since his appointment as Spurs boss, the north London side have been shipping goal after goal in their games. In fact, Tottenham have kept just a single clean sheet in their 12 games under the Portuguese’s stewardship. Overall, they’ve conceded 30 goals in 21 games this season, already four more than they allowed in the whole of their stout 2016/17 campaign.

Part of the problem is the centre back partnership of Alderweireld and Vertonghen, with the former’s contract situation earlier in the season not helping matters. Be it a lack of focus or other factors, there has been a absence of aggression and physicality from the Belgian this season, winning just 51.2% of his aerial duels in all competitions. But having recently signed a new contract, it remains to be seen if the 30 year old can recapture his old form.

The same can’t be said for his partner Vertonghen who’s decline has been attributed to age. At 32 years of age, the Belgian simply doesn’t have the legs to compete at the highest level anymore. Being deployed regularly at left back by Mourinho only made matters worse, given that the modern game placing a huge burden on the fullbacks.

Taking into account the form Tottenham are currently in, it’s safe to say that they’ll concede yet again when they host Liverpool. Being afforded an extended break, the Reds’ feared trio will be in prime condition to take advantage of the home side’s defensive frailties. 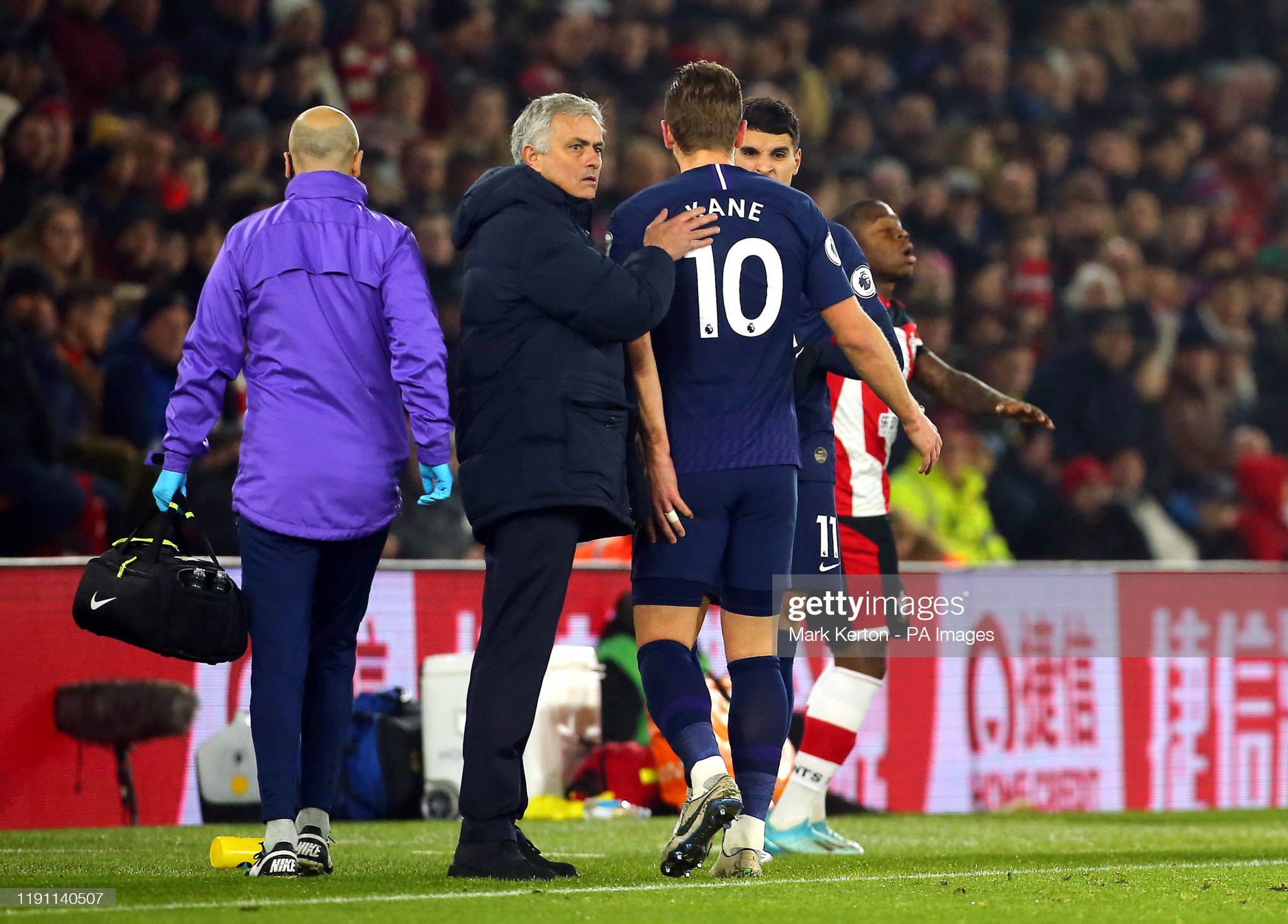 Limping off in his team’s 1-0 defeat to Southampton on New Year’s Day, Mourinho’s worse fears were realised when the club confirmed that Kane had indeed suffered a hamstring injury. It meant that the striker will be ruled out for at least a month, potentially even longer depending on the severity of the injury.

Traditionally, the north London have coped well in the absence of their captain, once winning eight consecutive games across two seasons when he was unavailable. However, his injury this time round might prove a bit more problematic simply due to Mourinho’s style of play.

The potential problems could be seen in Mourinho’s first game without the Englishman’s services. Against Middlesbrough in the FA Cup 3rd round, the Portuguese deployed Lucas Moura and Heung-Min Son up top, only to see his side falter to a 1-1 draw.

Post-match, he bemoaned the loss of his main striker saying: “It’s a new thing for the team to play without Harry, without a striker. We tried to give them the mobility of Son and Lucas, but it was not easy.”

He added: “The boys did what they can. You cannot transform Lucas or Son into a number nine like Harry Kane. So we have to try other things and that is what we are going to do.”

He then further elaborated that Spurs were playing “with six attacking players but without a striker” and explained why this was such an issue. “We were without a target man to be in positions where we could organise our game with that point,” he said.

The reason for Mourinho’s fixation on a target man essentially boils down to his preferred style of play, which sees his team attempt more long balls. The statistics back that up, which shows that the number of long balls played by Tottenham gone up significantly since Mourinho’s arrival.

Without Kane as a focal point, Spurs are left with a gaping hole up top. They no longer have a player that’s able to hold the ball, allowing the wide forwards to come into the game. And yet despite the significant change in personnel, Tottenham persist with the way they play by attempting 56 long balls against Middlesbrough. For a Championship side that’s used to aerial bombardment, it was all too easy for the Boros to repel each attack.

If Tottenham continue their pattern of play against Liverpool, they’ll have problems breaching the Reds’ defence. Able to boast a man mountain in the form of Virgil, repelling high balls won’t be a significant issue for the Merseysiders. And considering that Liverpool have kept 5 clean sheets on the trot, Mourinho’s headaches will only just get worse. 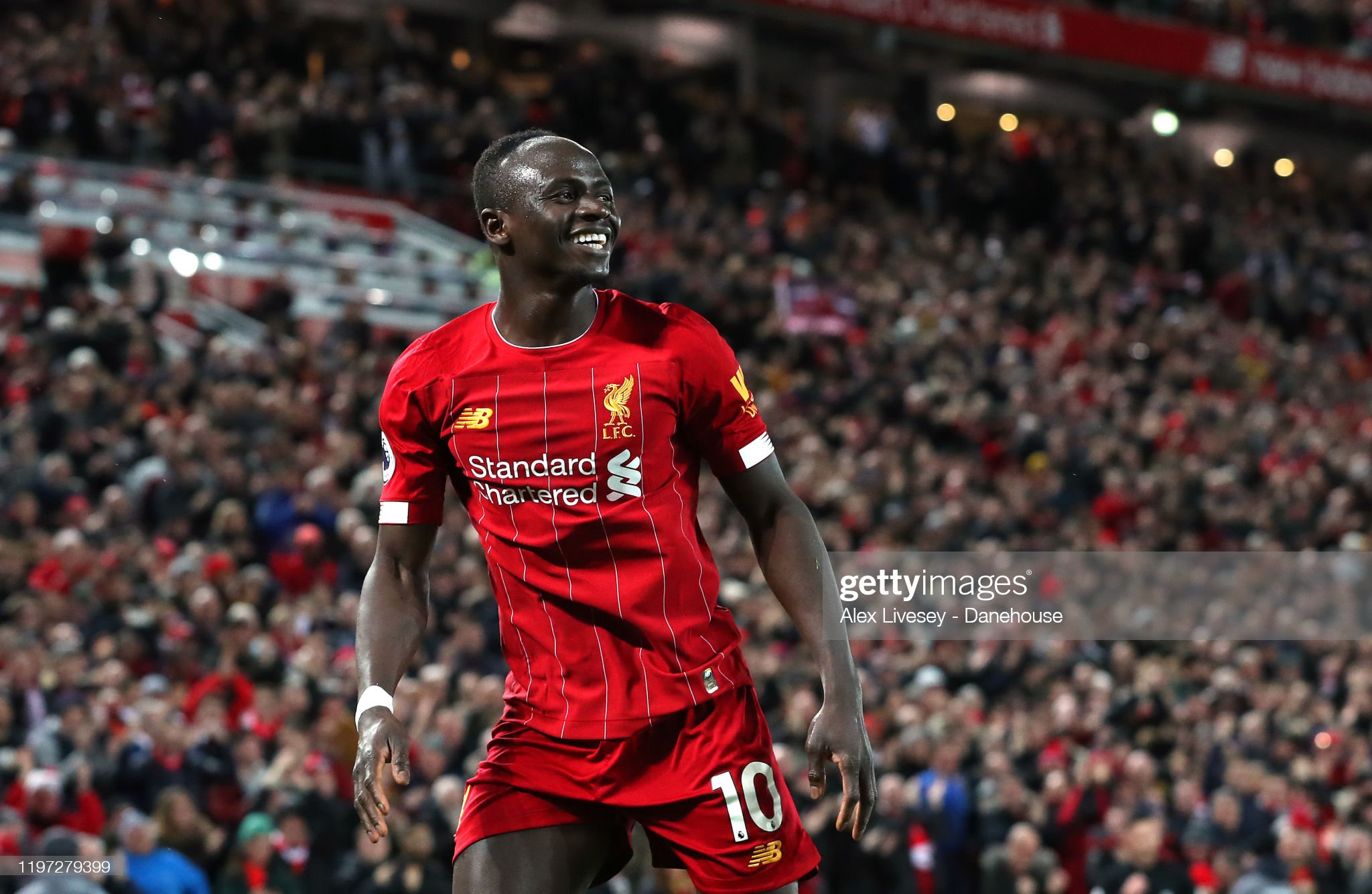 Going from one star man to the other, Mane is undoubtedly Liverpool’s star forward at this point. His form in 2019 has been irrepressible, leading to him winning the CAF African Player of the Year. It has even led to claims that he’s currently the league’s best player at the moment such is his impact for Liverpool.

Looking at his statistics, it’s hard to make an argument against that point. As an attacking influence, he surpasses any Liverpool player this season with 17 attacking returns (11 goals, 6 assists) Only fellow partner-in-crime Salah comes close with 14 attacking returns (10 goals, 4 assists). And while his goals are always grabbing the headlines, his work rate up front shouldn’t be overlooked either and that makes him a complete player.

Going into this particular fixture, he’ll be directly up against Serge Aurier who has made the right back spot his own since Kieran Trippier’s summer departure. With Spurs going with a back three at times, the Ivorian has provided the drive down the right to aid Tottenham’s attack. His latest assist against Middlesbrough to secure a draw backs that up, and it’s the key reason why he’s Mourinho’s first pick.

Still, his defensive frailties can’t be ignored, and it’s the main cause for the divide in opinion among Spurs fans. Across Tottenham’s shaky backline, Aurier should be considered as the weakest link among them. Between the two African players, the money will be on Mane to win every battle. Hence, expect the Senegalese to be the main man on the pitch when the two sides meet on Saturday.