Extending their lead at the top to 16 points on Sunday, the Reds will next take on Wolves in the league. While they’re heavy favourites to come out tops, the reverse fixture between the two sides showed that Wolves are no pushovers. Liverpool will simply have to be at their best in order to ensure they leave Molineux Stadium with all 3 points.

Ahead of the fixture, here’s the preview for both teams.

Home vs Away Forms 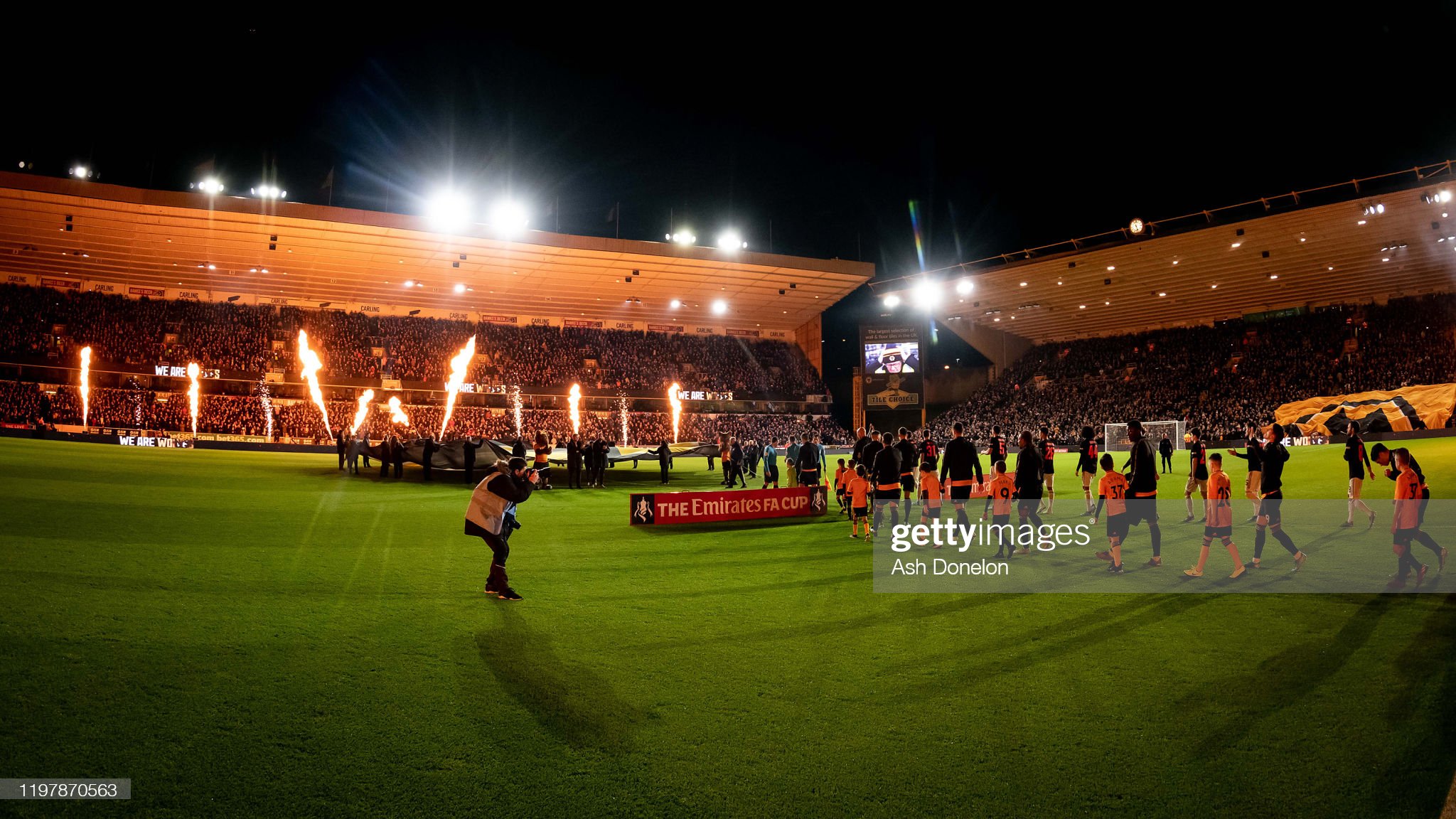 With the home crowd roaring the team on, one would expect the side playing at home to have the slight edge over their opponents. Liverpool particularly have reaped the benefits of it, with Klopp able to harness the mystical power of Anfield to his side’s advantage. This has meant that the Merseysiders have gone unbeaten at home in more than 2 years since they last lost to Crystal Palace back in April 2017.

The same can’t be said for their immediate opponents, who’ve already lost twice at home this season, albeit against the likes of Chelsea and Tottenham. However, it’s the games that have ended in draws rather than wins that have become a cause for concern. In fact, the number of home draws outnumbers the number of home wins at 5 is to 4.

The high majority of draws have led to a poor home record for Wolves, with them ranked 11th in the league if only home games were counted. This puts them behind the likes of Brighton, Burnley, Newcastle, and Everton, teams who are below Wolves in the overall table. It’s only because of their strong away form that has allowed them to put distance between themselves and the aforementioned teams.

Looking at the statistics, it’s hard to put a lid on the massive drop-off between their home and away forms. The difference between shots and shots on target per game is marginal at best (12 shots at home vs 13 shots away; 4 shots on target at home vs 5 shots on target away) which means the problem lies elsewhere. That’s where xG comes into play.

In their last 3 home draws (Newcastle, Sheffield, Southampton), Nuno’s men have only outranked their opponents in terms of xG only on 1 occasion. That was the recent draw against Newcastle, which saw them had a xG of 2.06 compared to their opponent’s 0.18. This perhaps hint that Wolves struggle to really create genuine goal chances at home, hence the inability to outscore their visitors.

Against a side that has only dropped points just once away from home, the statistical odds are stacked against Wolves. And given Liverpool’s determination to keep a 8th consecutive clean sheet in the league, Wolves need to start creating legitimate chances for the likes of Jota and Jiminez to finish off. 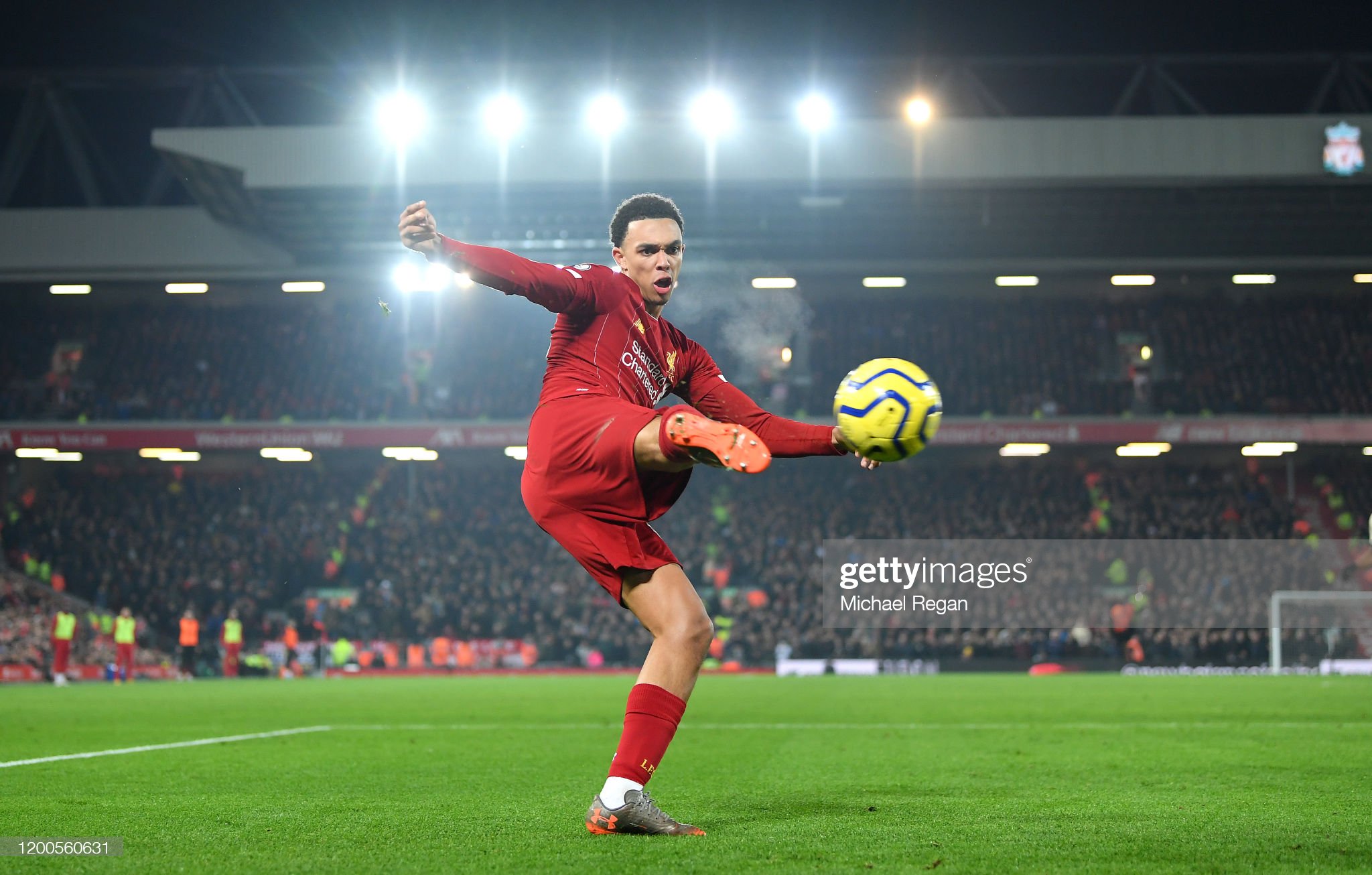 With Liverpool filled with talented players throughout the squad, it’s really difficult to predict who’ll have the biggest impact game in game out. However, there’s a good chance that Trent would have a positive say on the result on Thursday night.

One of the factors is Wolves tendency to attack down their right, with 42% of their attacks coming from that flank. This places Robertson under significant pressure, who’ll have to spend more time defending against the likes of Traore rather than advance into the final third. Consequently, it leaves Trent as the only consistent outlet out wide, and hence he’ll be crucial to Liverpool’s wing-play when they visit the Molineux.

As seen in his heatmap, Trent was a constant presence down the right for Liverpool. And although he didn’t pick up an assist on the day, he still pose quite a threat for the Wolves defence. In terms of attempted crosses (11) and successful crosses (3), Trent easily came out tops for the game. His 114 touches on the ball was also the most of any Liverpool player, showing just how influential the 21 year old was.

Adding to his assist tally with a well placed delivery for Virgil’s goal against United, Trent is all set to deliver for the game against Wolves. And with the West Midland outfit likely to attack down their right again, the space left vacated on their left should be seized upon by Liverpool’s No. 66. 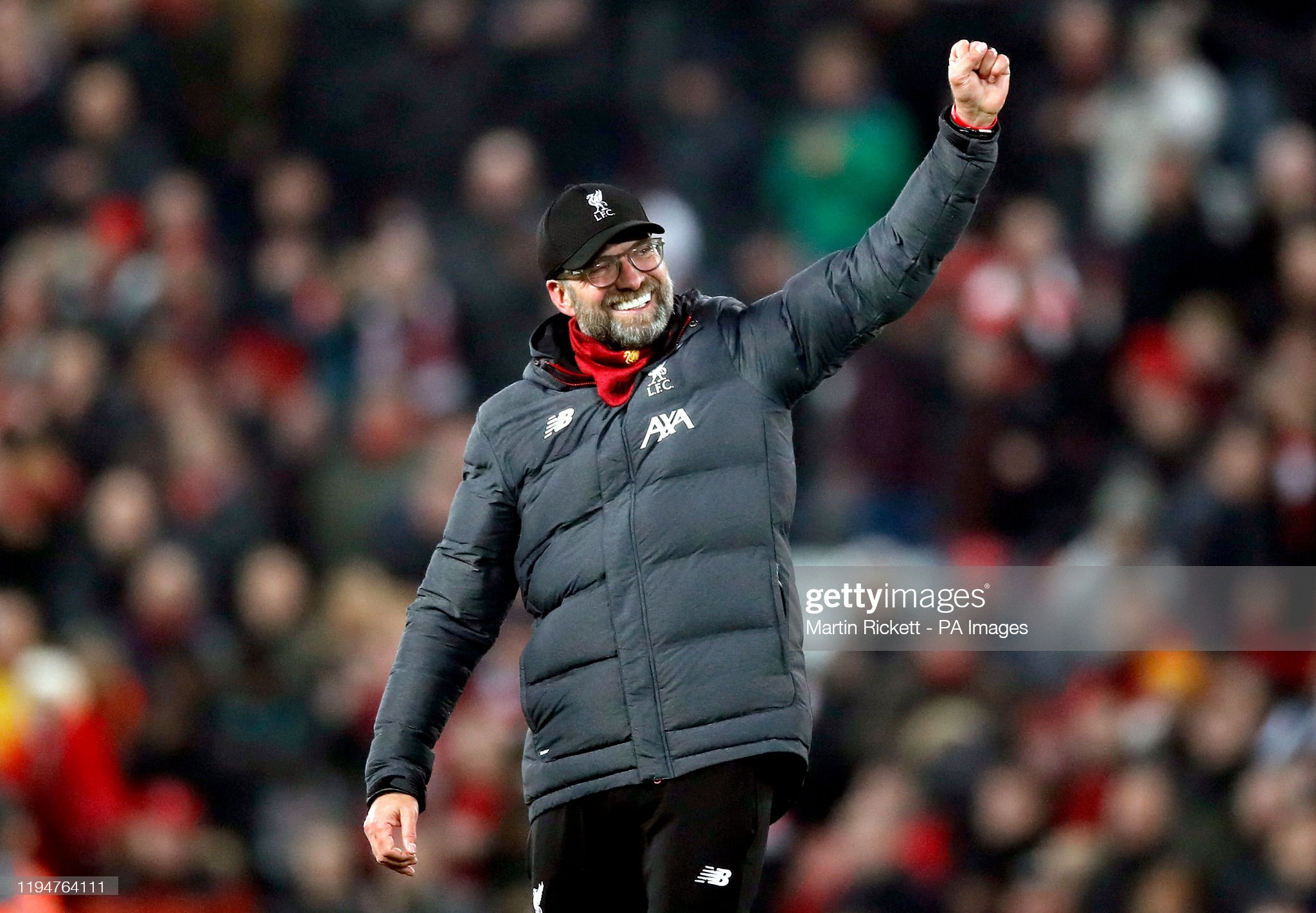 “Hopefully we are 10 games from greatness.”

That phrase was first uttered by Gerard Houllier back in 2002 during the closing stages of the campaign. Then, the Liverpool side were looking to complete a fantastic double in the form of the Champions League and the Premier League.

However, Houllier’s declaration spectacularly backfired when his side got dumped out of the Champions League at the quarter-final stage by Bayer Leverkusen. Liverpool then finished the league season as runner-ups, a distant 7 points from title winners Arsenal. It meant that the Merseysiders finished the campaign empty handed, and far from greatness that their manager had hoped to achieve.

Fast forward 18 years later and that same soundbite could be applied to Klopp’s current batch. Having raced clear to the top of the league table with a 16 point lead over their closest rivals, the Reds are closing in on the league title. 30 points is all they need to guarantee the Championship title returning to Anfield for a 19th time, and that will surely be achievable should Liverpool win their next 10 games.

Though this side is so close to greatness, none of the players are taking it for granted. Robertson recently told liverpoolfc.com that the players are “not getting carried away”, and they wouldn’t start celebrating “until the champions sign is above [their] heads”.

The attitude displayed by the players stems from Klopp’s approach to the league, and his refusal to get carried away by the results and expectations. By focusing on themselves, the Reds are able to chalk up win after win while their opponents flounder. It has served them well so far, but with Anfield erupting with chants of “we’re gonna win the league” in the aftermath of the 2-0 victory against United, Klopp and the players know it’ll only get harder and harder to curb expectations.

10 games, 30 points, and there’ll be nothing left standing between Liverpool and the much fevered 19th league title. But before one can start dreaming, Liverpool need to get the job done first starting with Wolves on Thursday. Accomplish that however and the Reds will be one step closer to realising the dreams of millions around the world.