Back from their well-deserved winter break, it’s full steam ahead for the Reds as they look to wrap up their long awaited title. A trip to Carrow Road beckons, with relegation threatened Norwich the host. Despite their league position, the Canaries are more than capable of springing the odd surprise and will be looking to emulate their win over Manchester City earlier this season.

Ahead of the Saturday’s kick-off, here’s the preview for both teams. 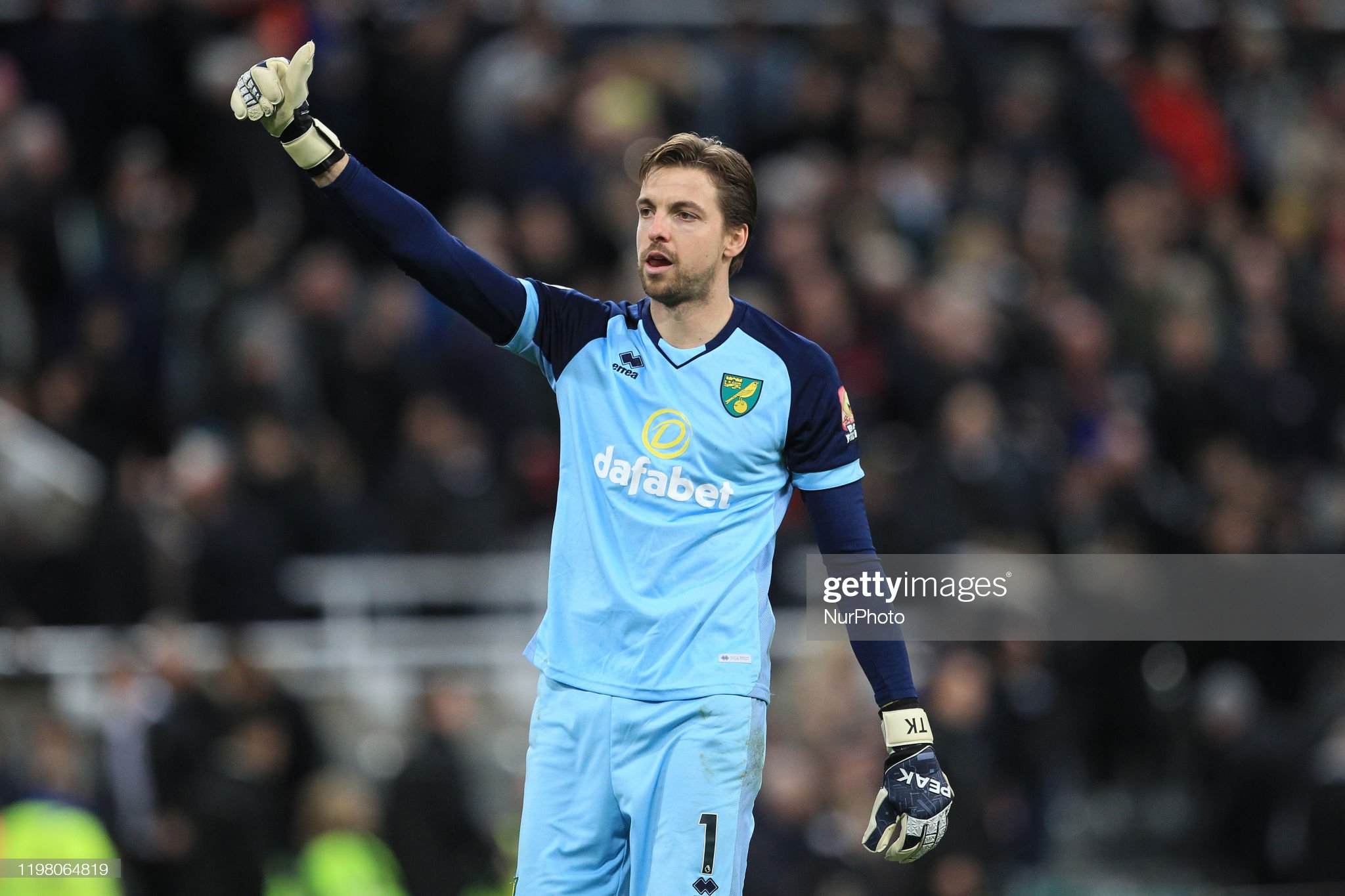 In Norwich’s last league outing, they managed to hold Newcastle to a goalless draw. Against a side ranked 8 places above them, it was a commendable result on paper. And in doing so, they manage the rare feat of keeping a clean sheet, which was just their third this entire season.

But when one considers the fact that Newcastle are one of the league’s worst scorers (joint-second last in the scoring charts), the clean sheet becomes less impressive. That statement is backed by the xG statistics from that particular game, where the Toons managed a paltry 0.93 xG whereas Norwich had 2.40 xG. Hence it could be argued that it was the home side that were lucky to steal a point and not the away side.

So why the low number of clean sheets? To begin with, they concede more shots on target than anybody else in the league. Only Newcastle United concede more than the Canaries’ tally of 125. But further damming is the fact that they boast a keeper that has a relatively poor save percentage in comparison to the league’s other goalkeepers.

With a save percentage of 0.646%, Tim Krul is the league’s joint 5th worst keeper in the league statistically. It suggest that most of the conceded shots on target do end up in the back of the net, and that is aptly reflected in Norwich’s xGA. At 39.2, the expected goals conceded is lower that the actual tally of 47, meaning that the north-east outfit has let in 7.8 goals more than expected.

While not as bad as Kepa Arrizabalaga’s 9.7 deficit, it’s still a worrying statistic from Norwich’s point of view. Judging from this two statistic department alone, it’s safe to say that the league’s worst defence won’t be securing a second successive clean sheet anytime soon. Especially against a Liverpool side that netted 4 times without reply in their last league outing. 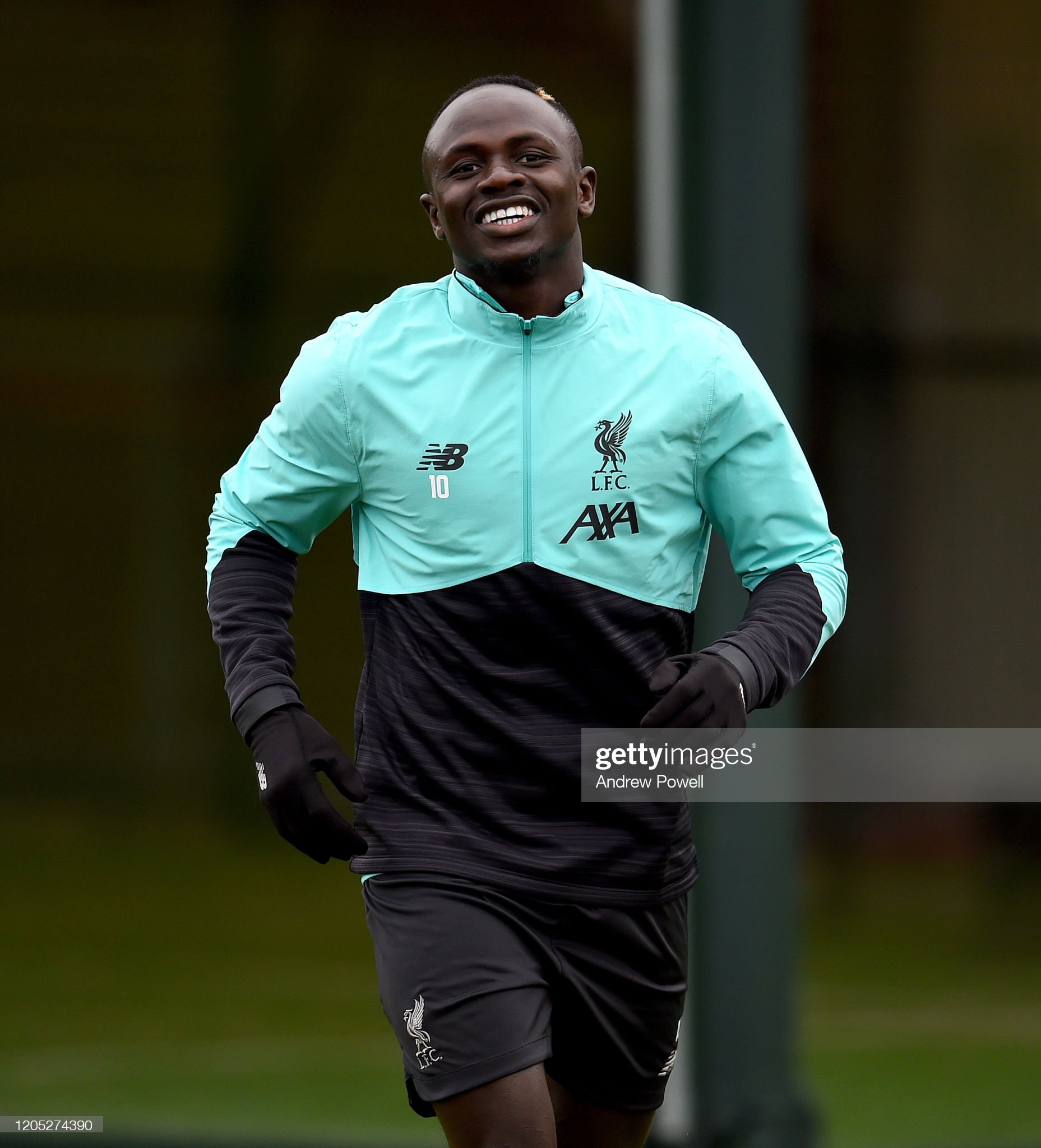 Limping off in Liverpool’s 2-1 win over Wolves in late January, many feared the worse for Mane. As it turned out, the substitution was precautionary rather than reactionary. Still, he was ruled out of Liverpool’s immediate fixtures for an apparent hamstring injury.

Staying at Melwood during Liverpool’s mid-season break, Mane was pictured training with the rest of the first team on Monday. It’s an indicator that the Senegalese is returning to full fitness soon, with his comeback surely just around the corner.

Though he’s one of Liverpool’s star forwards, it’s likely Klopp will protect his No. 10 by naming Mane on the bench at Carrow Road. With an eye on the trip to Atletico Madrid mere days away, the gaffer will probably want to ease Mane into Saturday’s game.

Against the league’s worst defence, and one that’ll be close to exhaustion at the latter stages of the match, introducing Mane on as a late substitute will be pretty ideal. His pace and directness will give the Reds another edge should they find themselves in the unlikely situation of being held scoreless by the Canaries. If not, it’ll be an important run out to help Mane acclimatise to match conditions.

Considering the evergreen Milner had also joined in on Monday’s training, the duo’s return will be a welcome sight heading into the business end of the season. Easing them into the first team will undoubtedly be key to the Reds’ quest of achieving silverware at the end of the season. 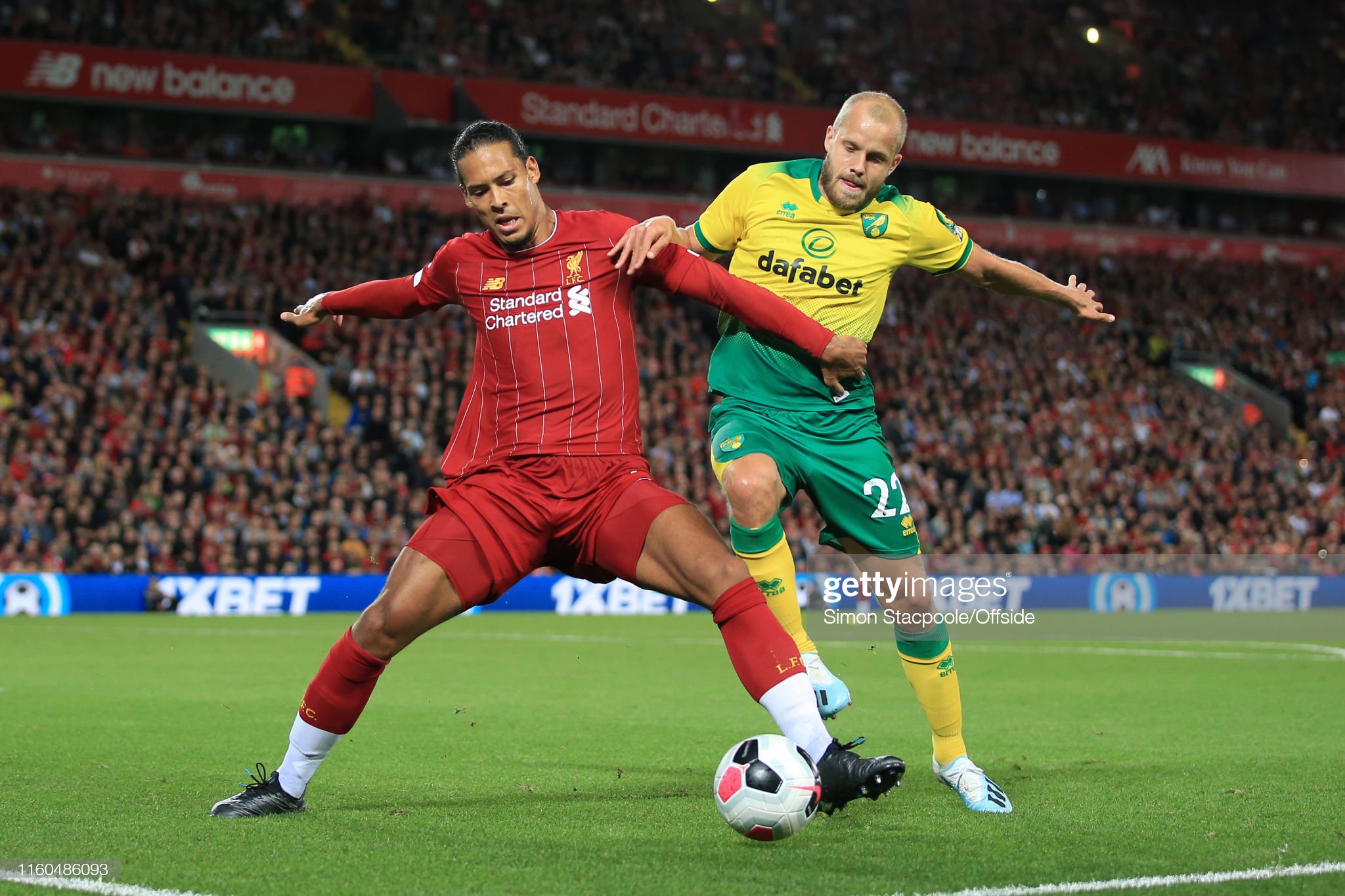 Though the 4-1 scoreline may have given outsiders the impression that Liverpool cruised to victory, the reality was anything but that. Klopp’s men were made to work hard all game, with Norwich proving to be an adept attacking unit. Had they taken their chances, the game would’ve panned out very differently and provide the visitors a real shot at nicking a result.

A handful for the Merseysiders during the league’s opening fixture, Pukki eventually netted for the Canaries after getting in behind on numerous occasions. Part of that problem was perhaps due to Liverpool’s defensive unit having to accommodate Adrian, who’d to replace Alisson in the 38th minute when the latter injured himself following a routine goal kick. Having just joined the club a week prior, it’s totally understandable if there are slight communication issues between the new keeper and his defenders.

But perhaps more significant is the fact that it was the first time Liverpool were employing a much higher defensive line. Assistant manager Pep Lijnders himself admitted that Liverpool were ‘much further than we were last year at the same time’, perhaps counting on the introduction of VAR to regularly make correct offside calls. That transition took time, with the Reds keeping just 2 clean sheets in their first 15 league games.

Since then, Liverpool have coped remarkably well and now boast the stingiest defence in the league. In Pep’s own words, the Merseysiders are able to ‘dictate play much better’ and their ‘last line feels much more comfortable being higher.’ This is evidently reflected in the Reds last 10 league games where they managed an astonishing 9 clean sheets.

With Norwich unlikely to deviate from their usual attacking plan, their ranked 5th in the league for number of completed through balls (35), Saturday’s game will be a measure of how far Liverpool’s defence have come. Finishing the game with a clean sheet will only further prove that the teething problems experienced earlier in the season are truly a thing of the past.

All statistics are taken from https://fbref.com/en/comps/9/Premier-League-Stats